A 2-alarm fire broke out in Chinatown, Philadelphia, around 2.00 am on Tuesday. The fire alarm started buzzing at the 10th and Race streets, following which the firefighters began evacuation. However, as of 6.15 am, the situation was reported as under control. The building on fire has five apartments and the Lucy Market on the ground floor.

A fire station is on the same block, and the firefighters arrived at the hotspot almost immediately after the alarms went off. Soon, the smoke clouds gripped the entire neighborhood, and the fire also extended to the nearby buildings. According to media reports, no injuries have been reported as of now, though the damage estimations have not yet been declared.

Residents of the neighborhood said they realized the intensity of the fire only after they came downstairs and saw heavy flames emerging from the building. As the alarms went off, the firefighters knocked on the doors of the residents and escorted them safely out of the premises. Smoke from the fire was visible from as far as the Betsy Ross bridge, as informed by netizens who shared the images of the incident on Twitter.

The roof of the building partially collapsed around 4.15 am, though residents had already been evacuated by then. The causality of the fire, as reported, is still under investigation. The crew identified the burning embers flying as soon as the crew arrived, which could have caused the fire to spread. Therefore, the crew took appropriate measures to prevent the fire from becoming a major calamity.

On Saturday, June 18, Sean Williamson, a 27-year-old Lieutenant, was killed during a fire rescue operation at Fairhill. Philadelphia Fire Captain Derrick Bowmer informed the media that the department was still recovering from the loss. Bowmer further added that the department was responding to 7-8 incidents of fire breakouts every day.

Disclaimer: This content is authored by an external agency. The views expressed here are that of the respective authors/ entities and do not represent the views of Economic Times (ET). ET does not guarantee, vouch for or endorse any of its contents nor is responsible for them in any manner whatsoever. Please take all steps necessary to ascertain that any information and content provided is correct, updated and verified. ET hereby disclaims any and all warranties, express or implied, relating to the report and any content therein. 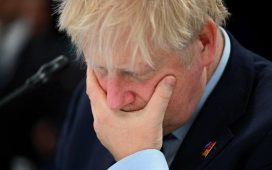 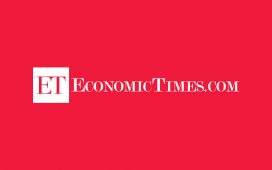 Can payment gateways be compelled to share customer payment data?