Most investors are aware of the boom in special purpose acquisition companies taking private companies public over the last year or so. Some of these stocks, like Nikola Corp, have ended up making headlines for all the wrong reasons. However, there are diamonds in the rough that smart investors should consider as potential future holdings.

Latch (NASDAQ:LTCH) and Matterport (NASDAQ:MTTR) are two such companies that belong on your watch list. 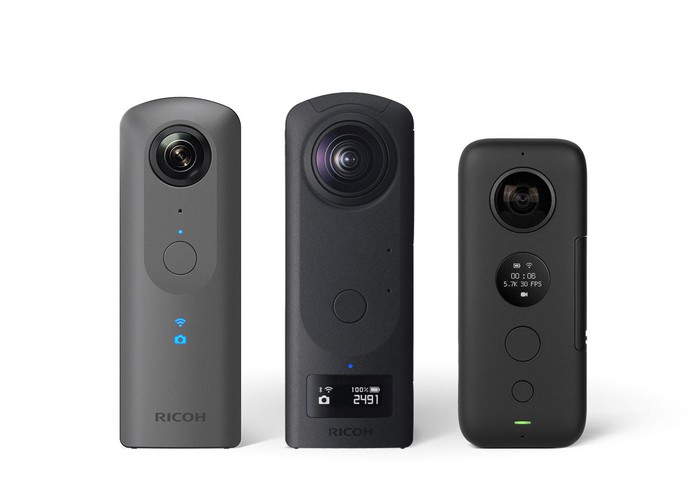 Building a 3D map of the world

Matterport is a spatial data company with a mission of digitizing the physical world. Specifically, it offers 3D capture tools to consumers and businesses to help them create digital copies of physical spaces. These “digital twins” are virtual models that accurately reflect a real-life 3D object or space. Why is this technology useful? Because it allows people to track, update, and analyze buildings and spaces they own, all from their tablet, smartphone, or computer.

Right now, the biggest use case for Matterport’s capture technology is residential real estate. Individuals at companies like Redfin can use their smartphones or Matterport’s professional cameras to scan a home. Then, real estate agents can offer detailed virtual tours to potential buyers, improving the homebuying process.

Management believes its technology will eventually move beyond residential real estate and into many different industries, including hospitality, construction, and manufacturing. With only 5.6 million spaces currently under management but “more than four billion buildings and 20 billion spaces worldwide,” according to the company, Matterport is just scratching the surface of its market opportunity.

In the second quarter, revenue grew 21% year over year to $29.5 million, meaning the company is now on a $118 million run-rate for annual revenue. This growth may seem slow compared to the market opportunity Matterport boasts of having, but investors should be watching subscription revenue as the true indicator of how this business is growing. Last quarter, this revenue grew 53% year over year to $15.3 million. Enterprise customers are also upping their spending, which contributed to the impressive net dollar expansion rate of 132%. This means existing customers increased their spending with the company 32% in the past year.

Right now, Matterport has a market cap of $5.4 billion. Even based on the run-rate revenue of $118 million, the stock has a price-to-sales ratio of 46, which tops most stocks on the market. Subscription revenue, which management believes will make up the majority of its business over time, has 78% gross margins, which can mitigate some of these valuation concerns.

But it’s probably wise for investors to keep Matterport on a watch list as the company establishes a consistent track record as a public company. 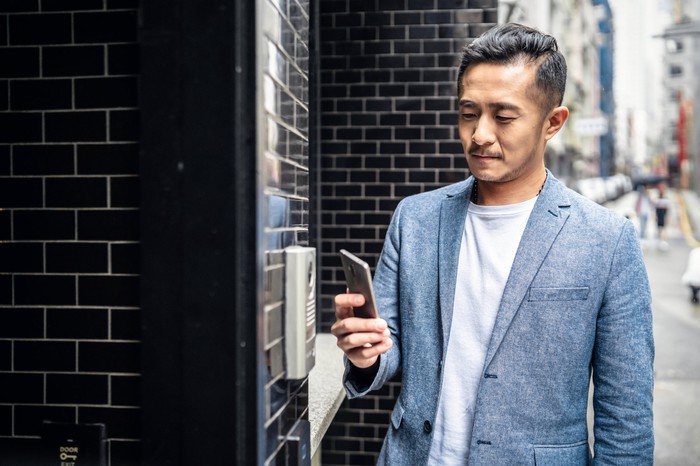 Latch prices its software at around $7 to $12 per apartment unit per month. While more expensive than a typical lock and keys, improved efficiency and security, in addition to the potential for higher rental rates, have attracted many customers.

Like Matterport, Latch has a huge opportunity to grow within North America and Europe, its two main markets. For example, at the end of the second quarter, Latch had 451,000 cumulative booked home units, while there are around 50 million rental units in the United States and 93 million across Europe.

Latch generated $9 million of revenue in the latest quarter, up 227% year over year. Annual recurring revenue totaled $48.8 million. This large discrepancy in bookings versus revenue stems from how the company signs on with building owners early in the construction process. It then bills the customers, often for multiple years upfront, once the building is occupied. These long contracts make future revenue highly predictable.

It has also had zero customer churn for its services, which means that once a building signs on with the company, investors can be confident the partnership will last for a long time.

With a market cap of $1.99 billion, the stock currently trades at a trailing P/S ratio of 71. With how fast Latch is growing revenue and the predictability of its business, that valuation figure should come down quickly. However, it is still an expensive stock that investors should approach with caution. If that price tag understandably keeps you away, at least keep an eye on the company to see how it delivers on the market’s high expectations.