Facebook founder Mark Zuckerberg confirmed to CBS News on Monday that he and his wife recommended earlier this year that the presidential campaign of Pete Buttigieg hire two of their colleagues. CBS News political correspondent Ed O’Keefe, campaign reporter Jack Turman and producer Olivia Gazis say Zuckerberg confirmed the outreach in response to a question from CBS News during a conference call with reporters about changes Facebook is making to bolster the platform’s election security.

“This shouldn’t be taken as an endorsement. We have several mutual friends in college who introduced me” several years ago to the future presidential candidate, Zuckerberg said. “When a number of colleagues who I’d worked with at Facebook or my philanthropic foundation were interested in working there they asked me or my wife Priscilla to send over their resume. So I did that. I think that this probably should not be misconstrued as if I’m deeply involved in trying to support their campaign or anything like that,” Zuckerberg added.

Zuckerberg also had been asked by CBS News whether he made similar overtures to other presidential campaigns, but he did not answer that question.

News of Zuckerberg’s outreach to Buttigieg was first reported Monday by Bloomberg News, which reported that Zuckerberg, 35, and Buttigieg, 37, attended Harvard University at the same time and had mutual friends. While at Harvard, Zuckerberg developed the now omnipresent social media platform, originally just for Harvard students. Buttigieg was one of Facebook’s first 300 users.

But the tech executive and South Bend, Indiana mayor were not introduced until just a few years ago. Earlier this year, Zuckerberg and his wife, Priscilla Chan, recommended Eric Mayefsky and Nina Wornoff to Buttigieg campaign manager Mike Schmuhl via email around April and May. A campaign spokesperson said the email correspondence between the two parties ended in May. Mayefsky is a senior digital analytics adviser and Nina Wornhoff is an organizing data manager. Both are based in South Bend.

A campaign spokesperson said the recommendations were unsolicited and that the campaign received 7,000 resumes over the course of a month from Buttigieg’s CNN town hall in March to the campaign’s April launch.

The majority of changes announced by Facebook on Monday have to do with more clearly labeling pages, political ads, fact-checker content labeled “false or partly false” and state-controlled media. Facebook also launched a service called “Facebook Protect” that will be available to elected officials and their staffs who may be vulnerable to hackers. It will ban paid ads that undermine voting and voter confidence, and announced a $2 million investment in media literacy programs.

Head of cybersecurity Nathaniel Gleicher said Facebook had also removed four networks of accounts/pages on Facebook and Instagram – three from Iran and one from Russia that targeted the U.S., North Africa and Latin America. Gleicher said the Iranian operations were relatively simple and exhibited links to previous takedowns. The Russian operations were more sophisticated – they were in “early stages” and clearly focused on “building an audience,” Gleicher said.

A separate Facebook blog post says those efforts were linked to the Internet Research Agency, the infamous Russian influence operation that has maintained at least some Instagram accounts designed to look like they were from swing states.

“Elections have changed significantly” since 2016, Zuckerberg said, and Facebook “has changed, too.” He touted the company’s efforts to “more proactively” confront increasingly sophisticated threats that originate from a growing number of actors, but that coordinated inauthentic behavior had increased around the world.

The changes announced Monday come as Facebook continues to face pressure from Democrats, who accuse the platform of allowing the spread of misinformation, especially from President Trump’s reelection campaign and his supporters. Elizabeth Warren, one of Zuckerberg’s biggest critics, demurred when asked specifically on Monday about his outreach to Buttigieg’s campaign according to CBS News campaign reporter Zak Hudak.

“Look, my views on Mark Zuckerberg are pretty clear,” the Massachusetts senator told reporters while campaigning in Iowa.

“He runs a company that has too much political power. They already have way too much influence in Washington and they are helping drive every conversation in a way that will protect Mark Zuckerberg and his company but that undermines our democracy. This is why I have said I think it’s time to enforce the anti-trust laws that are already on the book. We need to break up these big tech companies, we need to restore democracy in this country, we need a little more competition in these markets and I think we can do it.”

Julián Castro’s presidential campaign said Monday that the former Housing Secretary would be “forced to drop out of the race” unless supporters donate $800,000 to his campaign by the end of October. CBS News campaign reporter Tim Perry says the former San Antonio mayor has been mired far behind leading candidates in the polls and has struggled to raise money. Recent FEC filings show Castro raising over just $3.4 million during the third fundraising quarter, and only having a little over $600,000 in the bank. Castro hinted at his polling and financial struggles at a campaign stop in Las Vegas on Saturday, where he begged supporters to do all that they can to get him on the debate stage in November. “I need your help it’s over the next three weeks to talk to your family members to your friends and spread the word,” Castro said. Castro isn’t the first candidate to say he’ll drop out unless supporters pony up more cash. In September, Senator Cory Booker told supporters he needed to raise $1.7 million dollars over a span of ten days to stay in the race. The gambit worked, with Booker raising more than his target sum in what his campaign said was his strongest 10-day fundraising stretch since entering the race.

Elizabeth Warren on Monday morning released an education plan that would use the remainder of the unallocated funds her proposed wealth tax would raise. The plan would cut off federal funding for new private charter schools that open, quadruple federal funding to public schools over 10 years, and put a stop to “high stakes testing.” The plan also calls for universal childcare and pre-k as well as increased oversight of discrimination in schools. Warren also pledged to fight against school segregation.

Education and the idea of “opportunity” have been near the heart of the Warren campaign since its conception, says CBS News campaign reporter Zak Hudak. Warren, whose first job after college was as a speech pathologist at a New Jersey public school, has long promised a plan to even the playing field for America’s youth. Although critics point to the the tap drying on the funds Warren’s wealth tax would draw, her $800 billion education plan is the most ambitious of any 2020 contender.

President Trump’s campaign and the Nevada Republican Party are inaugurating a new field office tomorrow in Reno, their first such “Trump Victory Headquarters” anywhere in the United States. Dubbed the “Washoe County Trump Victory Training Center,” the location will helm the president’s bid to ramp up volunteer and canvassing efforts in a key swing county for the GOP come 2020. “Obviously it shows how critical the president’s campaign views Washoe when it comes to winning Nevada and so we’re excited to get it open,” the state party’s spokesperson Keith Schipper told CBS News campaign reporter Alex Tin. “Already in the 2020 cycle, we have more staff at this point than we did in the ’18 cycle at this point,” Schipper added later. “You’re going to see we’re already ramping up, building upon previous cycles, outdoing previous cycles as far as infrastructure is concerned.”

The Republican National Committee reported taking in more than $27 million in the month of September including more than $11 million in contributions and more than $10 million transferred from other party committees. That leaves the RNC with $59 million cash on hand heading into the final quarter of the year. Meanwhile, CBS News political unit associate producer Sarah Ewall-Wice reports the Democratic National Committee raised a quarter of that, with its $6.9 million cash haul during that same timeframe, including a $350,000 transfer from other party committees. At the same time, the DNC has just $8.6 million cash on hand but its debts now total $7.2 million. DNC officials continue to argue the party and its candidates combined have out-raised President Trump and the RNC and that more cash will flow in once they’re united behind a nominee, but the GOP war chest gives Republicans the ability to spend more earlier on messaging heading into the end of the year. 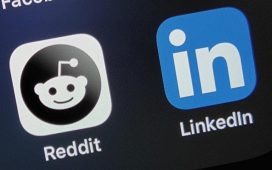 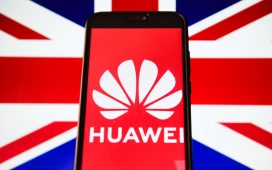 UK to phase out Huawei gear from 5G networks in a major policy U-turn after U.S. sanctions, reports say – CNBC 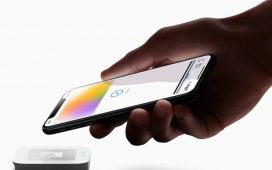 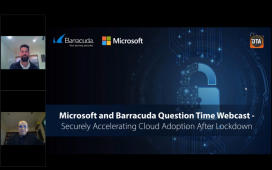