3 Reasons Why Nike Can Overcome the Coronavirus Crisis – Nasdaq


Nike (NYSE: NKE), the world’s largest sportswear company, has thus far seemed like one of the more obvious companies to be affected by the coronavirus pandemic.

It was first forced to close stores in China, one of its key markets, and has now shuttered them in North America and Europe as the epidemic has moved to the West. In addition, many of the retail partners it relies on, like Foot Locker (NYSE: FL), have also closed their doors temporarily in order to stem the spread of the virus.

Nike shares gave up as much as 40% during the COVID-19-related sell-off that began on Feb. 24, but after the company delivered an earnings report that soothed its investors’ nerves, the stock has regained half of those losses.

Management had some key information to share on the call about the company’s ability to endure the coronavirus threat. Below are three reasons why Nike can outperform its peers during this challenging period. 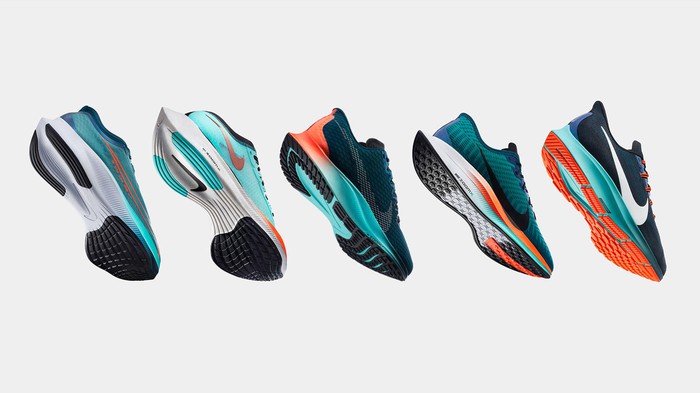 1. China sales are already bouncing back

Nike managed to post 5% revenue growth in its fiscal third quarter in spite of nearly every store that sells its merchandise in China being closed or having reduced operating hours.  Today, 80% of stores in China have been reopened as the epidemic there has largely passed.

During the outbreak in China, Nike primed demand through its apps and Nike Training Club workouts to help consumers stay active even when they were stuck at home. The result was an 80% increase in engagement from the beginning of the third quarter to the end, and digital sales jumped more than 30% in China for the quarter.  As stores have been reopening in recent weeks, it said that sales at some locations had already returned to year-ago levels. In other words, business appears to be returning to normal, and that strategy has given the company a playbook for recovering sales in the U.S., Europe, and other places that are now being affected by the outbreak.

2. Its digital business is stronger than ever

In 2017, Nike launched its Consumer Direct Offense, a controversial move that included laying off staff, reorganizing the company, and focusing on the direct-to-consumer channel as well as few dozen key retail partners like Foot Locker and Nordstrom.

That strategy has helped the company accelerate its growth and led to surge in the stock before the COVID-19 outbreak hit, and no component of the strategy is been more successful than its digital initiative. The company invested significantly in its apps, including SNKRS and Nike, as well as its website to drive engagement, demand, and online sales. Its commitment to tech and the digital channel became even clearer when it tapped a tech CEO, John Donahoe, to be its next leader. Donahoe, who was previously CEO of the cloud-computing company ServiceNow, took over in January.

With stores around the world now closed because of the coronavirus outbreak, the digital strategy is clearly paying off. In the third quarter, currency-neutral digital sales jumped 36%; online sales remained strong in China as well, as the numbers above indicate, despite much of the country being under lockdown. Owned and partnered digital sales now represent more than 20% of total revenue, and following its footsteps in China, the company is making its Nike Training Club Premium free for everyone for 90 days, which will help boost engagement and spur digital sales during this challenging time.

Though most of the attention on Nike in recent years has been on its direct-to-consumer channel, the company also has several partnerships with retailers online and offline that will help it get through the current challenging environment and bounce back as the outbreak fades. On the recent earnings call, CFO Andy Campion noted outlets like Alibaba‘s Tmall in China, Foot Locker and Dick’s Sporting Goods in the U.S., and Zalando in Europe. Campion said it was working with such partners on a daily basis, and the retailers and manufacturers it works with know that Nike’s success is key to their own.

Some of these partnerships have lasted for decades. For example, Foot Locker, the sneaker retailer that has more than 3,000 stores globally and generates about $8 billion in annual revenue,  derives about two thirds of its sales from Nike Products.   The two companies have also partnered to open “Power” stores that feature interactive Nike technology and exclusive partners.

There’s no doubt that Nike’s brick-and-mortar retailers will struggle with stores closed, but the sportswear sector has an advantage over other apparel retailers  right now. Consumers are still looking for workout gear these days as many are finding ways to exercise at home during the lockdown period or go for a run or bike ride outside. On the other hand, there’s little need for work or casual clothes with so many people living under “stay-at-home” orders.

What’s next for Nike

There’s no question that 2020 will be a difficult year for Nike. Not only are most of its retail outlets around the world closed right now, but organized sports at all levels have essentially been canceled. Even the 2020 Summer Olympics, a major marketing vehicle for Nike, was just postponed until next year. However, Donahoe was optimistic about the ability of Nike and sports in general to bounce back once the epidemic passes, believing that there is significant pent-up demand with billions of people around the world now stuck inside their homes.

Donahoe said, “And though there is no predicting when organized sports will restart, when our athletes, teams and leagues can return to competition, I do have one guarantee. When the gates reopen, when the first whistle sounds, the energy is going to be off the charts. The world’s passion for sports remains undiminished and when it all returns, Nike will be right there with sports fans everywhere.”

I don’t doubt that.

By engaging with customers now through channels like its apps and training club, Nike can help its achieve faster growth once life returns to normal.

10 stocks we like better than Nike
When investing geniuses David and Tom Gardner have a stock tip, it can pay to listen. After all, the newsletter they have run for over a decade, Motley Fool Stock Advisor, has tripled the market.*

David and Tom just revealed what they believe are the ten best stocks for investors to buy right now… and Nike wasn’t one of them! That’s right — they think these 10 stocks are even better buys.

How to Improve Collaboration in Remote Teams

What type of Web Hosting do I Need for my New Website?