Tech stocks have hit a rough patch in recent weeks after an epic one-year run during the pandemic. As painful as it might be, it’s normal for stocks to go through periods of volatility like this. And just because price action may favor the downside for a time doesn’t mean a stock isn’t “safe.” Chances of permanent loss of your initial investment decrease dramatically the longer you hold if you focus on quality businesses.

To that end, if you have time to wait (think three years or more, but the more the better), NVIDIA (NASDAQ:NVDA), Fastly (NYSE:FSLY), and T-Mobile (NASDAQ:TMUS) look like three safe and fast-growing tech stocks right now.

The best defense is a good offense

Nicholas Rossolillo (NVIDIA): Let’s get the argument against NVIDIA addressed right out the gate. Even after falling more than 20% from all-time highs, this is a pricey stock at over 14 times expected 2021 sales and 66 times trailing-12-month free cash flow. Plus, the semiconductor industry is cyclical. Global demand for chips is sky-high right now, and eventually it will fade — just as it did for NVIDIA a few years ago. Besides, a similar dynamic is unfolding now that caused a jump and later decline in the company’s revenue: soaring cryptocurrencies. Should crypto prices suddenly reverse course, there’s worry that elevated demand for NVIDIA’s GPUs being created by commercial cryptocurrency miners could suddenly reverse course.

Should this argument play out, that doesn’t make NVIDIA a bad business. On the contrary, it would create a great buying opportunity for this tech innovator. GPUs are powering all sorts of high-end computing these days. The company’s largest market is still high-end video games, and a world of new PC gamers is in the early stages of upgrading their rigs to NVIDIA’s latest and greatest hardware. Same goes for data center operators, where GPUs are being added in force to accelerate data-intensive tasks like AI. And to address concerns with commercial cryptocurrency miners, the company also launched a new line of chips specific to that industry.

There are new seeds being sown for future growth, too. For one, NVIDIA is powering autonomous vehicle and robotics development for many auto manufacturers and industrial companies. Before too long, those segments will start to produce. But the one development that gets me really excited is the pending acquisition of ARM Holdings. If regulators sign off on the deal (and I think they will), NVIDIA gets its hands on roughly $2 billion in new annual sales from ARM. But more importantly, it would be able to apply its technology to a multitude of new chips — from mobile phones to PCs to new parts of the data center. Put another way, ARM could launch NVIDIA from niche chip designer to a complete ecosystem on par with the breadth of Intel‘s (NASDAQ:INTC) offerings.

So circling back to the crux of this article, is NVIDIA stock safe? If volatility equals risk for you, then no, this isn’t a safe stock. But if you’re looking for a surefire innovator that’s gobbling up market share and growing at a rapid pace, this is a fantastically safe stock to own for the 2020s. As the saying goes, sometimes the best defense is a great offense — and NVIDIA fits the bill. 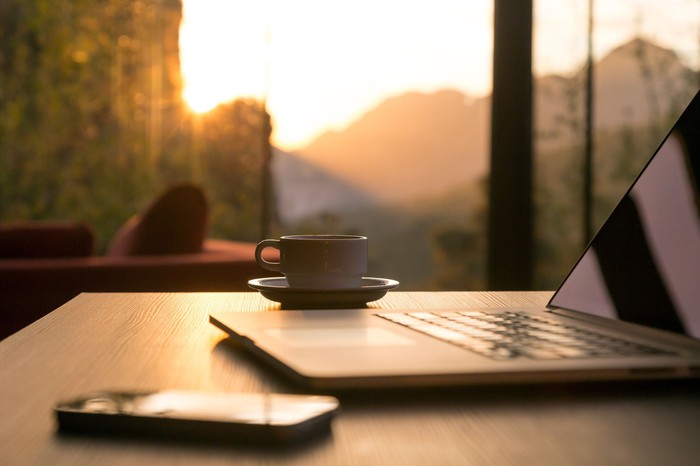 Anders Bylund (Fastly): I know, I know. You probably think I’m crazy for calling Fastly a safe stock. At these prices, I just can’t help it. This innovative content delivery and network security expert is trading nearly 50% below its 52-week highs and I am convinced that we’re looking at the early days of a fantastic long-term growth story.

Fastly runs a global network of content delivery stations, but with a twist. The company also offers edge computing services, allowing its clients to process and analyze their data as their own end users interact with it. Some of Fastly’s rivals are following the company into this new business opportunity but this is the progenitor and innovator with more experience than anyone else.

The company’s business processes are also markedly different from, say, content delivery veteran Akamai Technologies (NASDAQ:AKAM). Akamai’s customers must negotiate their content delivery deals with the company’s sales department, hammering out a unique deal for every business relationship. With Fastly, anyone can open an account and set up a standard content delivery and/or edge computing service in a cloud-based point-and-click interface. Fastly’s customer relationships are simple by design, allowing the company to serve a ton of smaller businesses without inflating Fastly’s sales and marketing expenses.

This is a content delivery service for the post-coronavirus era. Traditional value investors may balk at Fastly’s soaring share prices and negative earnings, but growth investors like yours truly should consider picking up a few shares at the discounted stock prices we see today.

This low-risk stock could dominate the 5G era

Billy Duberstein (T-Mobile): Leading U.S. telecom operator T-Mobile has slid along with the rest of the technology sector lately, but this low-risk stock is only about 6% off of its all-time high set back in January.

T-Mobile also had a terrific 2020 on the heels of its acquisition of Sprint last April, appreciating 72% in 2020, compared with negative total returns for its major competitors, even including dividends:

Why is T-Mobile low-risk? First, it operates in subscription wireless phone plans, an essential service in today’s age. Second, it operates as part of a three-company oligopoly, now that T-Mobile took out Sprint last year. Yes, T-Mobile had to sell its Boost Mobile subsidiary to Dish Network (NASDAQ:DISH), which aims to build its own network in the years ahead; however, starting from scratch, that seems like a long shot to become a formidable competitor anytime soon.

Meanwhile, T-Mobile received valuable 5G mid-band spectrum from Sprint in the acquisition, giving the company a multi-year spectrum advantage just as the U.S. is beginning to adopt 5G. That would mark a sea-change from the 4G era, in which T-Mobile had a lagging network. In the 4G era, T-Mobile had made up for its inferior network with lower prices and customer-friendly ethos. Those same principles should stick around even in the 5G era, meaning T-Mobile could continue to take a lot of market share.

Moreover, competitors Verizon Communications (NYSE:VZ) and AT&T (NYSE:T) just spent $45.5 billion and $23.4 billion, respectively, at the new C-band spectrum auction, in an aggressive bid to catch up to T-Mobile’s key mid-band advantage. T-Mobile spent just $9.3 billion, and only on key licenses in heavily populated areas of the country to fill some gaps. Furthermore, it will take a few years for Verizon and AT&T to clear and deploy the spectrum, meaning T-Mobile will retain its advantage even after this auction, and could continue taking market share for the foreseeable future.

One area in which T-Mobile is looking to make headway is with enterprises and businesses, where it has traditionally lagged behind Verizon and AT&T. But just this month, the company launched T-Mobile WFX, a suite of communications tools built on 5G to help power work-from-home users now and in the future, since some of this year’s work-from-home trends are likely to stick around after the pandemic.

Finally, T-Mobile just had its analyst day, in which it raised its long-term financial guidance relative to three years ago, when it first announced the Sprint merger. The company just raised its synergy target from $6 billion to $7.5 billion, and now expects $13 to $14 billion in free cash flow by 2023, up from the initial target of $10 billion to $11 billion. And T-Mobile now expects more than $18 billion in free cash flow by 2026, compared to a market cap of just $157 billion today.

With a low-churn, recurring revenue business, a current spectrum lead enabling it to leapfrog competitors, and cheap valuation, T-Mobile seems like a safe-haven stock today amid the brutal tech sell-off.

Manchester Arena attacker should have been identified as threat, inquiry finds

China offers glimpse of Tibetan life without the Dalai Lama

NordVPN review 2021: How good is it for security and streaming?

For Cornwall, G7 summit brings mix of disruption and hope