Stocks were roughly unchanged last week, with both the S&P 500 index and the Dow Jones Industrial Average losing less than 0.5%. The drop left indexes close to record highs, with both up over 20% so far in 2019.

Third-quarter earnings season isn’t done yet, and a few key retailers are set to announce results in the week ahead. Let’s look at the metrics that could send shares of Stitch Fix (NASDAQ: SFIX), Lululemon Athletica (NASDAQ: LULU) and Dave & Buster’s (NASDAQ: PLAY) moving over the next few trading days. 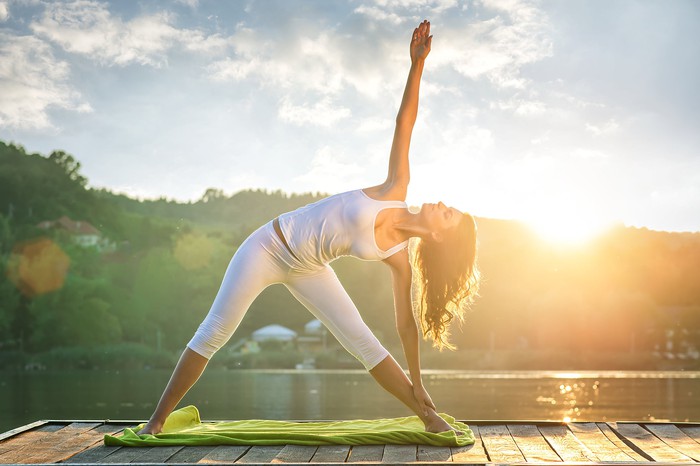 Stitch Fix announces its results on Monday in what’s likely to be a closely followed report on Wall Street. It isn’t that start of the holiday shopping season that has shareholders interested. The e-commerce specialist’s subscription-based model means it hardly gets a bump during retail’s biggest period, after all. Instead, investors are keen to learn whether management’s predicted slowdown this quarter will extend further into Stitch Fix’s fiscal 2020.

CEO Katrina Lake and her team back in October revealed an underwhelming outlook for the start of the new fiscal year, with sales gains slowing to 21% from 36%. Executives said at the time that this slump doesn’t reflect any fundamental change in Stitch Fix’s market-share momentum, but instead is tied to temporary factors like reduced advertising spending and the international rollout. We’ll find out on Monday whether that optimistic outlook was true by following management’s 2020 targets that currently predict accelerating sales gains and a return to profit generation over the next nine months of the fiscal year.

Investors panned Dave & Buster’s last earnings report, which raises the stakes for the restaurant chain to show improvement this week. On Tuesday, the company will announce its results for the fiscal third quarter while making updates to its full-year outlook.

CEO Brian Jenkins is hoping that these store upgrades, especially new entertainment features, will help spark a return to customer traffic growth and investors will learn about how that initiative is working this week. But that rebound isn’t likely to happen in the third quarter or by the end of 2019. The stock’s ability to break out of its current funk will depend on the clarity that executives offer about the outlook for 2020 and beyond.

Lululemon hasn’t disappointed investors in any of its earnings reports this year, and its Wednesday announcement isn’t expected to change that positive momentum. The sports apparel retailer has succeeded in a wide range of growth initiatives lately, including in the high-margin e-commerce space, through new product introductions, and in pushing out into new apparel niches and international markets.

It’s those last two points that have investors especially excited, given Lululemon’s relatively small sales base compared to that of a true global rival like Nike. The yoga-focused retailer’s ability to compete on that worldwide stage will depend on its effectiveness in establishing itself in new markets like China, and in products like footwear and outerwear. Shareholders will get key updates on all of these initiatives when the company posts its report on Wednesday and makes what’s likely to be its third consecutive upgrade to its annual outlook.

10 stocks we like better than Lululemon Athletica
When investing geniuses David and Tom Gardner have a stock tip, it can pay to listen. After all, the newsletter they have run for over a decade, Motley Fool Stock Advisor, has quadrupled the market.*

David and Tom just revealed what they believe are the ten best stocks for investors to buy right now… and Lululemon Athletica wasn’t one of them! That’s right — they think these 10 stocks are even better buys.

Lightyear One: Hands-on with a solar-powered car with 440-mile range

Lioness AI sex toy can teach you about your orgasms