4 Benefits of Using Monero over Other Cryptocurrencies

The development of systems that use cryptography to make financial transactions confidential started in the 1980s, but it was only in 2009 when the first decentralized cryptocurrency, Bitcoin, was created. In the years that followed, other types of cryptocurrencies came to be, and these new developments gained significant traction among individuals and organizations alike. While many people are attracted to this potentially life-changing avenue for trading and for generating wealth, there are also government agencies and financial organizations that are paying special attention to the possibilities that using cryptocurrency can present for their economies.

Monero (XMR) is an open-source cryptocurrency that was developed in 2014. The currency’s origins are comparable to Bitcoin, as they both came from niche tech communities that slowly gained credibility online. However, Monero was eventually able to stand out from its contemporary currencies by providing improvements that people thought were lacking in Bitcoin. Here are some of the reasons why avid traders and investors choose to keep a dedicated Monero wallet and focus their resources on trading in this particular currency.

Its Mining Concept is Based on Egalitarian Ideas

Egalitarianism refers to the idea that all people are equal and should have equal opportunities, and it’s a central principle to the development of Monero. The currency’s developers depended on community contributions to launch XMR and keep it going, and they did not reserve stakes for themselves upon launch. At the same time, unlike Bitcoin that requires a costly type of hardware called application-specific integrated circuits (ASICs) to mine, XMR is more accessible. Mining Monero can be done on a standard personal computer using any major operating system.

Perhaps the biggest advantage of this cryptocurrency is the level of privacy it provides its users. While Monero is not exactly untraceable, the currency is designed to be non-traceable. It should be noted that there are different means of achieving privacy while transacting using cryptocurrencies, and some currencies are more traceable than others. Monero achieves a higher level of privacy and anonymity by obscuring the user’s data on the blockchain. Prior to every transaction, the user’s digital signature is obfuscated by adding 10 more signatures to each transaction, making it appear as if any of these 11 individuals initiated the process. Monero also uses stealth addresses, a feature that enables users to create one-time-use addresses for each transaction. The user can view the transaction through a secret key, which their Monero wallet can then use to scan a blockchain. Finally, it’s also possible to hide the amount of each exchange without increasing the risk of double-spending.

It is Fungible or Mutually Interchangeable

Fungibility is a quality that allows units to be mutually interchangeable. Now, when people exchange bills of the same value, they can still trace which is which by using the serial number on the bills. They can then tell which bill came from which person. This is not the case when trading Monero, as each blockchain looks exactly like the other. This quality means that the currency cannot be linked to a particular user. Also, the companies that collect this type of payment can neither gather personal information about the individual involved in the transactions nor can they trace the payments made to their system.

It has Scheduled Updates Every 6 Months

Another advantage that Monero offers over other types of cryptocurrency is that it updates regularly—every 6 months, to be exact. Developers and users of some currencies like Bitcoin are not too keen on adopting changes, and any proposed update would require long discussions before it can be implemented. Monero, however, has scheduled updates, which means that its users can expect regular improvements in how the cryptocurrency can be used and new features on how they can further protect the privacy of their transactions.

Much like trading and investing in other cryptocurrencies, there are also risks that come with using Monero, and it’s important that prospective traders and investors are aware and accepting of these caveats before they start acquiring the currency. For one, they should understand that Monero capitalizes on the privacy of its users, and this non-traceability is a quality that many established financial organizations and regulators are wary about. This will render them unable to block currency coming from dubious sources or blacklist companies that accept transactions from suspected criminal links. As such, it can be difficult to find establishments or businesses that are willing to transact using the currency.

However, the individual need for privacy is also something that Monero miners are banking on to create that eventual windfall. Many investors believe that the desire to transact anonymously will increase the demand for Monero and drive up the price of the currency. In fact, the value of XMR jumped by 231% between August 2020 and August 2021.

It’s estimated that there will be a total of 18.4 million XMR by May 2022. For many people, this is a sign that now is the best time to start mining and making their money work for them using Monero. 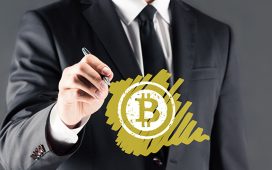 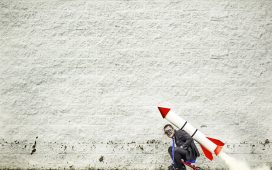 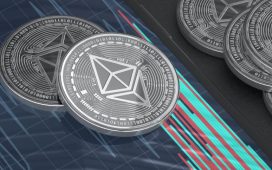