One of the craziest years on Wall Street will be over in just 10 days. This year, investors have navigated their way through a 34% loss in the broad-based S&P 500 in less than five weeks, as well as a greater than 80% bounce in the technology-dependent Nasdaq Composite since the March 23 bear market bottom.

Despite these wild swings, one asset class that’s proved virtually unstoppable in 2020 is cryptocurrency. Though it may not be the top-performing digital currency by percentage terms this year, all eyes are most certainly on bitcoin.

The world’s largest cryptocurrency has effectively tripled since the year began, which is a roughly 185-percentage-point outperformance of the benchmark S&P 500. Bitcoin also accounts for close to two-thirds of the more than $600 billion in aggregate market value of every cryptocurrency in existence.

But if you think bitcoin’s 2020 gains are impressive, you haven’t seen anything yet. The following five high-growth stocks absolutely trounced bitcoin in year-to-date returns. 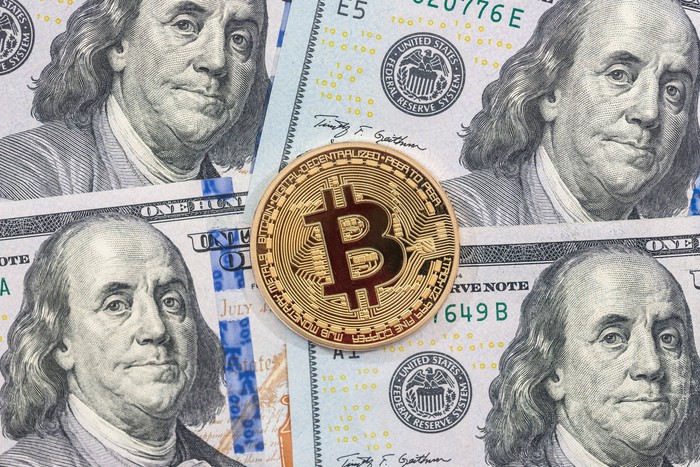 No company outperformed bitcoin more decisively than clinical-stage drug developer Novavax (NASDAQ:NVAX). Shares of the company are up over 3,200% year-to-date, and were, at one time, higher by north of 4,000%.

Like most highflying healthcare stocks, the buzz with Novavax has to do with its development of a coronavirus disease 2019 (COVID-19) vaccine. In a phase 1 trial, it reported that all participants who took NVX-CoV2373 developed neutralizing antibodies after a second dose. Though late-stage trials in the U.S. have been delayed, Novavax expects to report much-anticipated late-stage data from a phase 3 trial in the U.K. early in the first quarter of 2021.

Interestingly, Novavax’s $8.4 billion market cap isn’t all that insane considering the tens of billions in sales that could result from a successful COVID-19 vaccine. No assumptions should be made about clinical efficacy in late-stage studies. However, if NVX-CoV2373 delivers a vaccine efficacy of 90% or higher, multibillion-dollar orders are a real possibility. 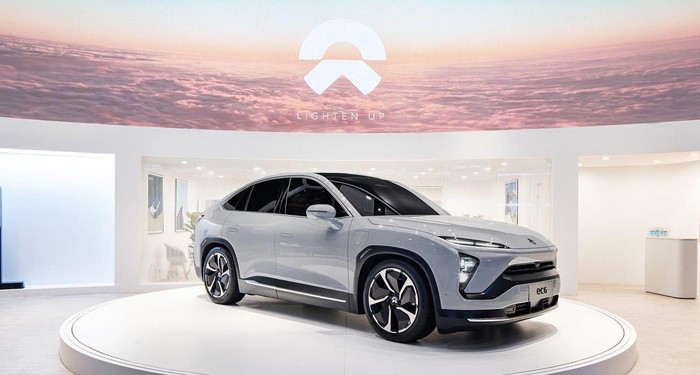 There were two big themes that led to skyrocketing stock prices in 2020: COVID-19 vaccines and anything having to do with renewable energy. Electric-vehicle (EV) manufacturer NIO (NYSE:NIO) and it’s 1,044% year-to-date gain falls under the second category.

Investors are clearly enthused about the prospect of EVs coming to dominate the auto landscape. According to the Society of Automotive Engineers of China, new energy vehicles sales should catapult from 5% in 2020 to roughly half of all vehicles sold in China by 2035. With China expected to be the largest consumer of EVs worldwide, NIO is sitting in the driver’s seat of an exceptionally high-growth industry.

This year has also seen NIO’s production, income statement, and balance sheet take significant steps forward. Over the last two quarters, NIO’s aggregate deliveries have surpassed what it delivered in all of 2019. This increase in deliveries has not surprisingly coincided with an uptick in vehicle margin. And with its share price soaring, NIO has taken the opportunity to raise additional capital and secure funding for innovation and capacity expansion. 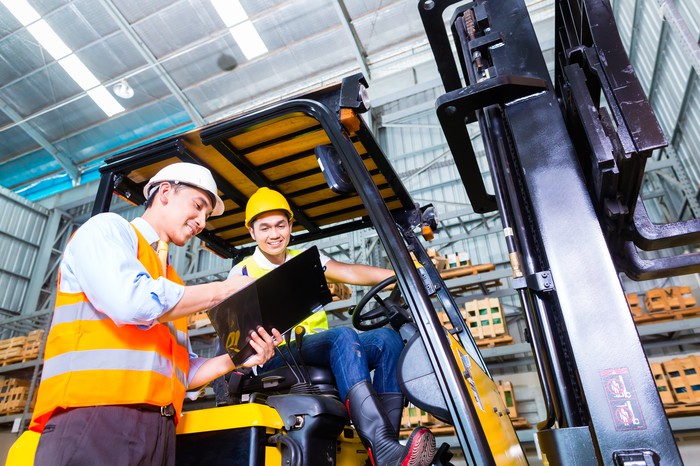 Keeping with the renewable energy theme, hydrogen fuel-cell solutions company Plug Power (NASDAQ:PLUG) is knocking on the door of a four-digit year-to-date gain in 2020. That’s an over 700-percentage-point outperformance of bitcoin.

Plug Power’s stellar 2020 can be traced to two catalysts. First, the COVID-19 pandemic has kept people in their homes and encouraged them to shop online. As a result, major retailers that deal with online orders have been very busy. Plug Power’s hydrogen fuel-cell solutions are most notably used in forklifts employed by large retailers and grocery chains. In other words, demand for its GenDrive forklifts should remain robust.

Plug is at the leading edge of eco-friendly innovation, with the company forecasting $1.2 billion in annual sales by 2024. For context, full-year sales in 2020 are likely to come in around $324 million, per Wall Street. 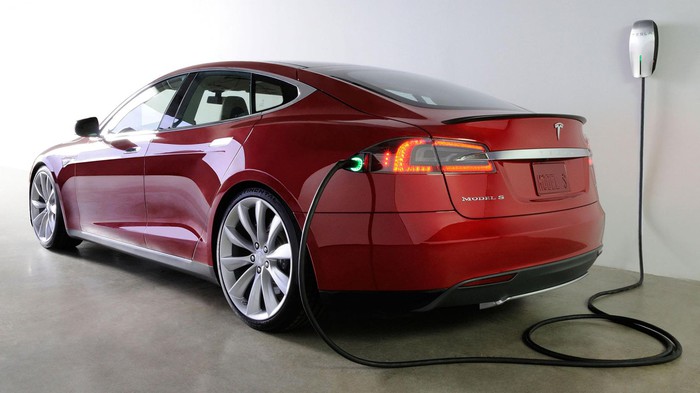 The Tesla buzz can be traced to its first-mover advantage in the U.S. market, and its potential to capture overseas EV market share. In total, Tesla could deliver north of 500,000 vehicles this year. The company also has another two gigafactories in the works that’ll complement existing production facilities in Fremont, Calif., and Shanghai, China.

Other factors influencing Tesla’s big gains in 2020 include its addition to the S&P 500, which’ll become official as of today, Dec. 21, as well as its Battery Day presentation. Even though its share price retreated following the event, Tesla’s presentation made clear that the company’s innovation on the EV battery front will provide for superior range and improved power, all with steadily lower production costs.

Read More   Why Bitcoin is Incomparable to History’s Famous Bubbles

Tesla looks to be on its way to developing a sub-$30,000 EV, and traditional auto companies should rightly be worried. 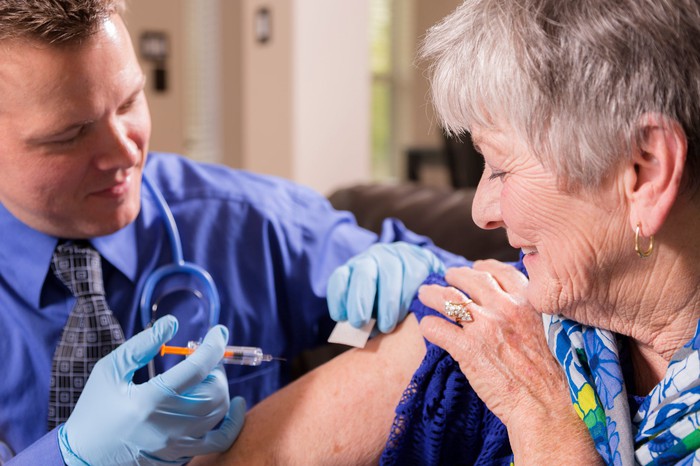 Moderna made waves by being the first drug developer to enter human clinical trials for its COVID-19 vaccine during the spring. It confirmed people’s hopes in November, when it reported a primary efficacy for mRNA-1273 of 94.1% in a late-stage trial. Though we don’t know how long coronavirus vaccines will protect people for, a 94.1% efficacy is substantially higher than researchers were expecting. If enough people choose to get the vaccine, Moderna could play a pivotal role in ending the pandemic.

This past Thursday, Dec. 17, Moderna also received positive news when a Food and Drug Administration (FDA) advisory panel voted 20-0 (with one abstention) to recommend mRNA-1273 for emergency use authorization (EUA). At the time of this writing, it’s expected that the FDA will grant Moderna’s COVID-19 vaccine EUA and open the door for potentially tens of millions of doses to make their way to the public.