A significant fall in Bitcoin (CCC:BTC-USD) prices from all-time highs this year has some investors worried. Bitcoin still remains more than 30% below its all-time high, despite recovering in recent weeks from a sharp decline. Indeed, various altcoins have outperformed the largest cryptocurrency by market capitalization. Many analysts believe this trend may continue via a “Legendary” altcoin season. It opens the doors for numerous cryptocurrencies to buy as sentiment splashes across the sector.

Just what does this legendary altcoin season refer to?

Well, we’re already seeing this underway. Various altcoins have outperformed Bitcoin in terms of market performance. Indeed, watching the rise of some of these cryptocurrencies in recent months has been incredible. Various alt coins have seen their valuations soar as much as 100-fold this year alone.

Of course, whether this trend can continue is the question many crypto investors have. It’s a valid one.

Experts seem to think there may be a lot more room for altcoins to run from here. This legendary altcoin season underway could indeed provide life-changing returns for investors. At least those heavy in altcoins certainly hope so.

Let’s dive into a few of the altcoins retail investors have their eye on right now. These are seven of the top cryptocurrencies to buy that may outperform during what could be a legendary period of time in the altcoin world.

Perhaps the top meme coin on the list, Dogecoin has captivated retail investors. This is a meme token that has gone absolutely parabolic over the past year. Currently, investors who bought into Doge one year ago and held steady have gains of approximately 10,000% on the books. That’s a 100-bagger in one year.

Finding those kinds of returns are near-impossible. An unlikely candidate for such returns, Dogecoin has surprised even its own founders. Started as a joke, the only folks laughing now are those holding DOGE.

Of course, this legendary altcoin season could provide more in the way of momentum for this hot cryptocurrency. Investors betting on Dogecoin are largely those betting that capital inflows and retail investor interest will heat up. Given the meme status of DOGE, a new wave of bullish sentiment in crypto may be just what the doctor ordered.

Now, Dogecoin is probably one of the most speculative cryptocurrencies to buy on this list. It’s a token that’s benefited from the pumping of various celebrities. Chief on the list is Elon Musk, a celebrity CEO who happens to be a holder and major bull on DOGE. With various tweets over the past year, Mr. Musk has been able to propel this cryptocurrency higher as his followers pile in.

Should momentum pick up, Dogecoin could outperform. Those banking on a legendary altcoin season may thus be enticed to pile in.

One of the altcoins I’ve touted as one of the best from a real world use-case perspective is Stellar Lumens. Developed by the same folks behind Ripple (CCC:XRP-USD), Stellar Lumens assists companies in cross-border transactions.

For those who’ve worked in a business operating internationally, this is a big deal. Transaction fees tend to be high to transfer meaningful sums of money to foreign accounts. It’s a daunting, and frankly onerous process, that comes at a significant cost. Stellar Lumens is one of the cryptocurrencies that many small and medium-sized enterprises (SMBs) have gone to as a way of mitigating these pressures.

Founded by Stellar Development Foundation, Stellar Lumens has grown in interest among altcoin investors. Indeed, this is one of the cryptocurrencies I’m watching closely right now. The adoption rate of cryptocurrency as a means of transacting overseas is likely to be a key driver for Stellar Lumens. In a legendary altcoin market, investors may expect to see greater adoption.

Accordingly, this is a cryptocurrency many investors are watching right now. I think the crypto’s highly-inclusive and accessible network could be a catalyst that could take this crypto on a nice ride. That is, if crypto investors are all on the same page.

One of the oldest altcoins out there, Litecoin is an intriguing choice for crypto investors. Like most cryptocurrencies, Litecoin spiked earlier this year, hitting a high of more than $400 per token. Since then, this altcoin has lost more than half its value.

That’s perhaps to be expected. After all, we’ve seen quite a bit of volatility in this space of late.

However, those banking on a resurgence of interest in the altcoin space may want to consider this smaller-cap cryptocurrency.

Litcoin’s focus is similarly on facilitating faster and cheaper transactions for its clientele. The cryptocurrency’s market share growth is likely to be a key determinant of its success. Right now, this growth remains speculative, at best.

However, those looking to take a gamble with a fair amount of risk may want to put Litecoin on the list. This is a rather unique cryptocurrency with the potential to go on a nice run, should a legendary altcoin season materialize.

One of the largest cryptocurrencies in the world is Binance Coin. What’s intriguing about Binance is it’s really a token that’s not discussed much.

I don’t know why that is.

This altcoin currently takes 4th place on the list of largest cryptocurrencies. Its market capitalization of $73 billion is still higher than Solana (we’ll get to Solana in a second).

What’s intriguing about Binance Coin is this is the token of the Binance cryptocurrency exchange. Put out in 2017, BNB has soared more than 10-fold year-over-year. I mean, those aren’t earth-shattering returns, but this was already a relatively large cryptocurrency to begin with.

Binance Coin allows users on the Binance exchange to take advantage of various staking programs such as Binance Earn. This is one of the key ways crypto investors are able to earn a return on their holdings. Accordingly, investors in the crypto world have reason to hold these tokens, as long as Binance remains a key player in the exchange space.

In a legendary altcoin season, Binance Coin is one of the tokens I’ll be watching.

Moving higher up the chain of large-cap cryptocurrencies, we have Cardano. This altcoin is the third-largest cryptocurrency by market cap, and continues to be a top choice of altcoin investors.

Indeed, should we see some intense buying in the altcoin space, it’s hard to argue against Cardano. Founded in 2015 by one of the co-founders of Ethereum (CCC:ETH-USD), Cardano’s value lies in resolving many of the scaling issues Bitcoin has seen.

This has led many investors to believe Cardano has the ability to outperform Bitcoin over the long-term. And that’s outside of the legendary altcoin season discussion.

Accordingly, investors seeking altcoin exposure with mega-cap potential have unsurprisingly gravitated toward Cardano. The company’s ability to both handle transactions as well as deal with smart contracts is a huge driver of this token’s success. It’s hard to argue that won’t continue in a bull market for altcoins.

Okay, now to Solana. This is perhaps my favorite cryptocurrency to discuss.

Well, this one has absolutely skyrocketed of late. When almost every other cryptocurrency was crashing this past week, Solana continued higher. Indeed, this is perhaps the cryptocurrency with the most bullish investors of all.

Accordingly, should we see a truly legendary altcoin season, anything’s possible for Solana. This cryptocurrency has skyrocketed from otherwise obscurity to the world’s 7th-largest cryptocurrency rapidly.

A lot of this appeal comes from Solana’s super low-cost, impressively high-speed platform. The Solana marketplace reportedly charges less than $0.01 per transaction, and can handle up to 50,000 transactions per second. Accordingly, this has been one of the top cryptocurrencies used in the burgeoning NFT space.

Indeed, Solana is a cryptocurrency with a tremendous number of catalysts right now. Accordingly, I’m of the opinion that legendary altcoin season or not, this one is likely to keep flying in the near-term. 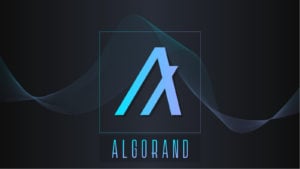 Last but not least, we have Algorand. This cryptocurrency, similar to others on the list, has real world value. The crypto’s purpose, among other things, is to facilitate efficient and smooth transactions. Indeed, like many of its altcoin peers, Algorand has seen explosive growth of late.

What’s better? This cryptocurrency is currently trading near its all-time highs.

Accordingly, investors looking for high-momentum cryptocurrency plays in this market have a good one with ALGO. The crypto’s market cap of more than $10 billion is good enough for 18th spot on the list of top cryptocurrencies currently. And at this growth rate, expectations are that ALGO could keep climbing the ranks fast.

Additionally, this is a cryptocurrency with a rather wide acceptance across most decentralized exchanges. Consensus drives value in the cryptocurrency markets. And in this regard, Algorand’s strong bullish consensus makes this a top crypto pick in a legendary altcoin season.

On the date of publication, Chris MacDonald did not have (either directly or indirectly) any positions in the securities mentioned in this article. The opinions expressed in this article are those of the writer, subject to the InvestorPlace.com Publishing Guidelines.

Chris MacDonald’s love for investing led him to pursue an MBA in Finance and take on a number of management roles in corporate finance and venture capital over the past 15 years. His experience as a financial analyst in the past, coupled with his fervor for finding undervalued growth opportunities, contribute to his conservative, long-term investing perspective. 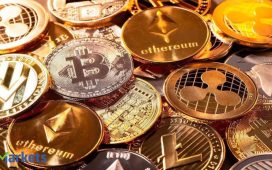 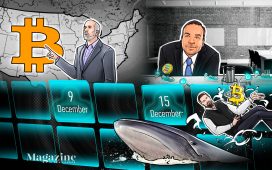