By Natasha Chaku Melbourne, May 1 () A group of independent candidates for this month’s federal elections in Australia have vowed that, if elected, they would use their influence to stop the Indian energy giant Adani‘s billion-dollar controversial coal mine in Queensland as part of their climate change action.

Businessman Gautam Adani-led Adani Group entered Australia in 2010 with the purchase of the greenfield Carmichael coal mine in the Galilee Basin in central Queensland, and the Abbot Point port near Bowen in the north.

The massive coal mine in Queensland state has been a controversial topic, with the project expected to produce 2.3 billion tonnes of low-quality coal.

Seven high profile candidates, including independent Members of Parliament–Kerryn Phelps and Denison Andrew Wilkie, issued a combined statement, brokered by the Australian Conservation Foundation (ACF), vowing to work together to achieve meaningful action on climate change, with blocking the Carmichael mine topping their list of demands.

ACF Chief Executive Officer Kelly O’Shanassy said: “This election has been marked by the large number of individuals willing to stand-up and have a go at breaking-up the climate dysfunction and denial impeding action to cut Australian climate pollution.

“Through this agreement the ACF hopes to help end the climate wars that have plagued recent governments” he said.

“This is not an endorsement by the ACF of any candidate or party. Our interest is raising the commitment to climate action from everybody standing at this election, and we have been engaging with the major parties in a similar vein through our scorecard process, the ACF CEO said.

According to media report here on Wednesday, the mining union–CFMEU Mining and Energy–however, has accused the Queensland government of double standards for approving a thermal coal mine but dragging the Adani project in the state.

The CFMEU has been asking the state government to approve the Adani mine in a bid to create employment in the regional Queensland.

“‘What have the others done to get approval that Adani hasn’t? We see heaps of mines being approved all the time but not Adani,” CFMEU Mining and Energy Division Queensland president Steve Smyth was quoted as saying in Australian Financial Review.

“The industry is booming here. There is a lot going on in this space,” he said.

Earlier this month, Adani coal and mine project was given Commonwealth approval to start building its Queensland coal mine with the Environment Minister Melissa Price approving its two groundwater management plans.

Adani Mining chief executive Lucas Dow had said “All we are asking for is a fair go and for the Queensland government to provide certainty of process and timing on finalising our outstanding management plans so we can begin construction and deliver much-needed jobs for regional Queensland.”

The Adani project is still awaiting few state government approvals following which the company has been claiming that would potentially create 10,000 jobs in the state, as it recently received the clearance from federal government for development.

Carmichael would be the largest coal mine in Australian and one of the biggest in the world. It was previously estimated at about USD 2.9 billion. 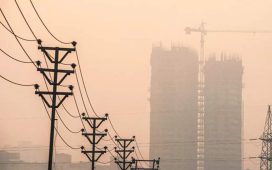