Millennials have frequently become a scapegoat for all of societies ills thanks to their Instagram-obsessed, avocado-on-toast tendencies.

Lazy workers? Obsessed with social media? Not bothered about sex? All can be laid at the feet of millennials.

They’re even getting trolled by Generation Z.

And all the bashing appears to be having an effect: many millennials believe they just aren’t ‘good enough’ at life.

That’s the finding from a survey that quizzed 2,000 millennials (aged 22-38) about how they see themselves when compared with both their peers and the older generation.

A massive 8 out of 10 say they aren’t ‘good enough’ in virtually all areas of their life, from health and love to their careers and relationships with peers. In fact, the pressure is so great that 79% of those polled said it was affecting their mental health.

David Jiscoot, from Alpro, which commissioned the research to launch it’s ‘Good For You’ campaign, said: ‘It’s clear to see from our research that millennials are feeling huge pressures to “be their best selves”‘.

‘Alpro want to reassure those feeling overwhelmed that in real life, good is good enough and it’s the small, positive changes that are what can make a huge difference.’

Digging deeper into what issues millennials are facing, the research cited important things like getting on the property ladder as well as more benign goals like hitting 10,000 steps a day – something that many fitness trackers suggest we should all be doing as a bare minimum.

Millennials also feel pressure to keep up a social media profile, stay on top of housework, see friends and be aware of the latest fashion trends.

Interestingly, 75% of those polled said the efforts to succeed at life have negatively impacted their personal relationships.

I keep coming back to this meme thinking of how probable it actually is.#meme #grandpa pic.twitter.com/VPOGxZuU5x

But around half admitted they are their own worst enemy, saying they put themselves under ‘excessive’ levels of pressure. And it seems that women are harder on themselves than men, with the research showing a greater level of millennial women (82%) believe they aren’t good enough compared to men (73%).

Writing in Metro.co.uk last year, Sam Ramsden suggested that millennial bashing is a joke that has gone too far.

‘It’s one thing if complaints about millennials come from a jovial place, but when the line is crossed into outright dislike of millennials, it will only contribute to a greater generational divide,’ he wrote.

‘My concern is that millennial bashing has become so normalised that it’s too late for the older population to ever take our concerns seriously or into any kind of consideration without pandering to pathetic preconceived ideas they have about an entire generation.’ 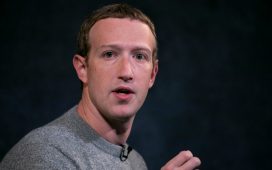 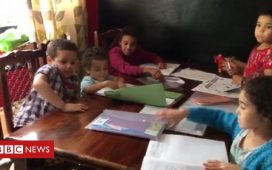