A copper-bottomed sign: why the metal is telling us to panic


Never mind trying to predict the future; how about predicting the present? On Wednesday the Federal Reserve Board upgraded the US growth outlook from “solid” to “strong”, assuring us that household spending had accelerated to “grown strongly”. It lacked only the word “powerful” to sound like a Trump speech.

Copper, however, is telling us not to worry a bit: the metal is telling us to panic. Since the first week of June, the copper price went into steep decline. In the year to date, the metal has deflated by close to 18 per cent. That is going beyond just one Chilean strike being deferred or a Chinese investor club breaking up. The metal is giving western investors a clear signal to sell risk assets or at least reduce their portfolio weighting.

I say this as a long-term optimist about the copper price. Most easily or cheaply mined copper deposits have already been identified and at least partly exploited. When the next recovery comes, it will turn out that the world has not invested enough in new mines or mine expansions.

That, though, is a five-year view. Right now the copper price is saying we are not far from a more general sell-off in risk assets. Take a look at the copper price chart in 2008. The price was strong at the beginning of the year, peaked in May, and then fell like a lump of ore down a mine shaft.

We now know that the US housing market had been coming apart since the previous summer but there was still a strong market for risk assets. Too much cash seemed to be lying idle with not enough yield on offer.

Of course the Fed was reassuring then, as it is now. The good news about the divergence between copper’s implicit forecast and the Fed’s is that there are still people out there who are encouraged to buy your risk position. I am not sure how many will be left by late autumn.

Most of the commentary on the copper price decline concerns Mr Trump’s tariff threats, or pullbacks from tariff threats. Yes, those are bad for growth but are not enough, in my view, to account for the copper crash.

There are always stupid policy mistakes just before an economic crisis hits. In 2008, we had the decision by treasury secretary Henry Paulson to force banks to take a writedown on recent purchases of preferred shares in housing government-sponsored enterprises. The nearest policy “causes” of financial crashes, though, do not explain why the system can be vulnerable to one person’s dumbness.

The great thing about the copper price as an indicator is the metal’s ubiquity. It is needed for wiring in online servers, for engines in delivery vehicles and for air conditioners for property sales offices.

Speaking of property, the Fed has not been highlighting that market. As economist David Rosenberg of Gluskin Sheff notes: “The Fed used the word ‘strong’ five times in this week’s release but has not mentioned housing in the last several statements. Housing has a bigger multiplier effect than any other part of the economy. Mortgage applications have declined and sales have slowed.”

Mr Rosenberg adds: “If the Chinese equity market was not down 20 per cent, maybe you could discount the copper price decline. But the idea of economic decoupling is a hoax. There is not a snowball’s chance in hell [the Chinese weakness] will not flow through to the US stock market.”

Not every Chinese economic or financial correction is followed in the west. The insight offered by copper, though, transcends the effects of any one country’s fiscal or economic policy.

There is no denying that participants in the copper market are trying to rig prices to game the system, but there are too many players from diverse parts of the globe to allow the rigging to work for very long.

Wilbur Ross, the US commerce secretary, blamed speculators for the negative sentiments that deepened after the administration’s first tariffs were imposed. Political people know that “speculators” is just another term for “evil people who create bad headlines”.

Market people, apart from some general partners of private equity firms, know that “speculators” provide the trading capital to offset the positions taken by commercial operators. And non-commercial interest in the metals markets, in particular copper, has declined sharply as risk-averse speculators have taken out their money.

Take the hint. Copper tells you this is not be the time to put on more risk. 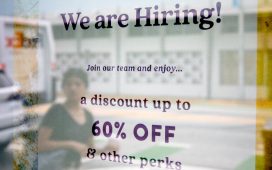 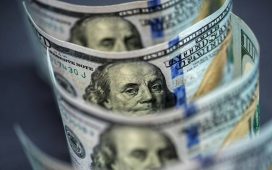 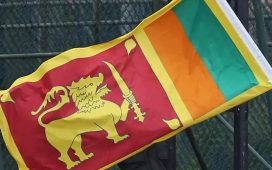