A Huawei employee rests under his cubicle during his lunch break in Shenzhen, China. This is a common practice at many workplaces in China, photographer Kevin Frayer said.

The Chinese company Huawei is one of the giants of the tech industry. It’s the world’s largest provider of telecommunications equipment, a leader in next-generation 5G technology, and last year it passed Apple to become the second-biggest smartphone seller in the world.

But to many, especially in the West, there’s still an air of mystery around it.

And in the United States, suspicion. 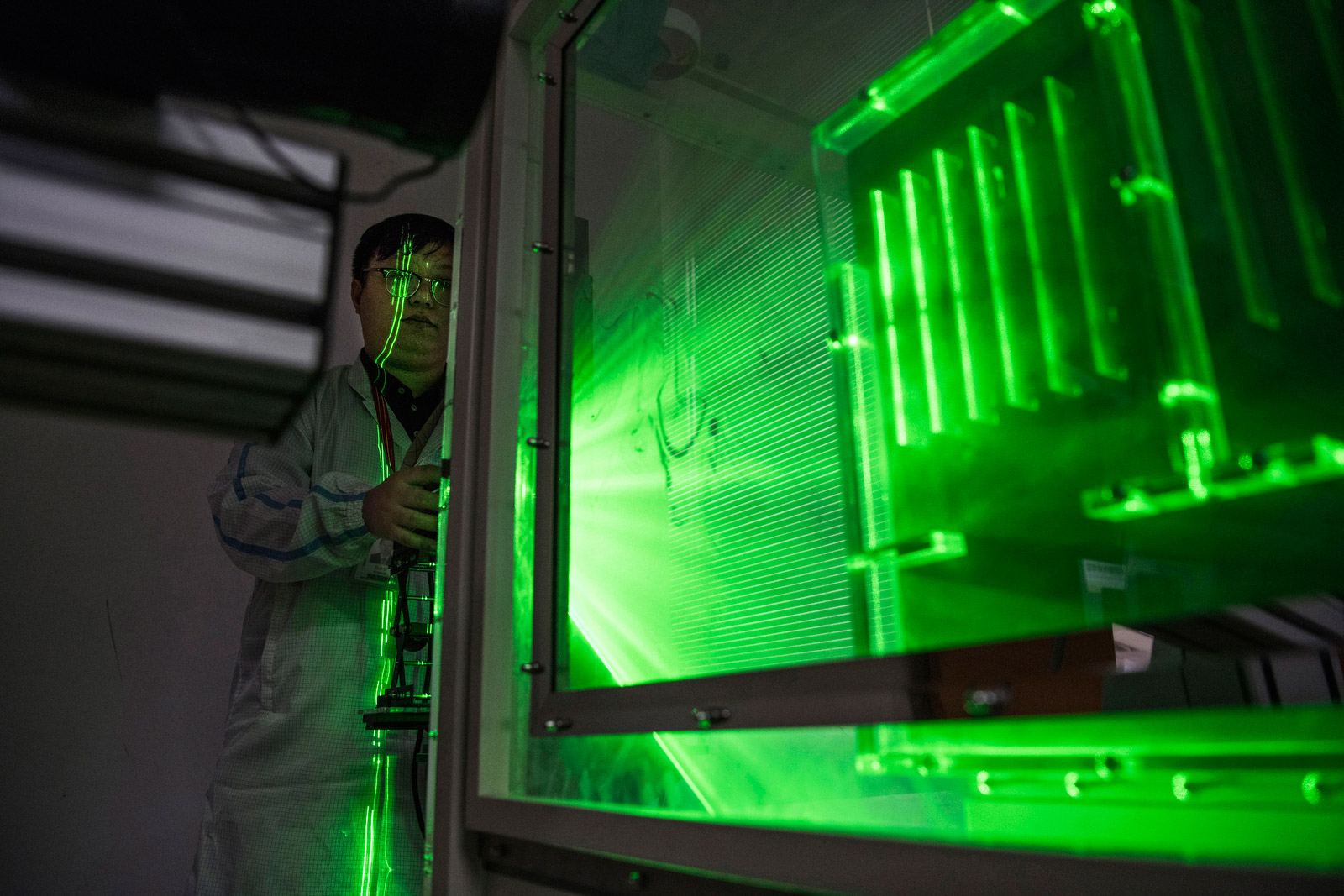 A thermal engineer performs a heat test in the research-and-development area of a Huawei facility in Shenzhen. 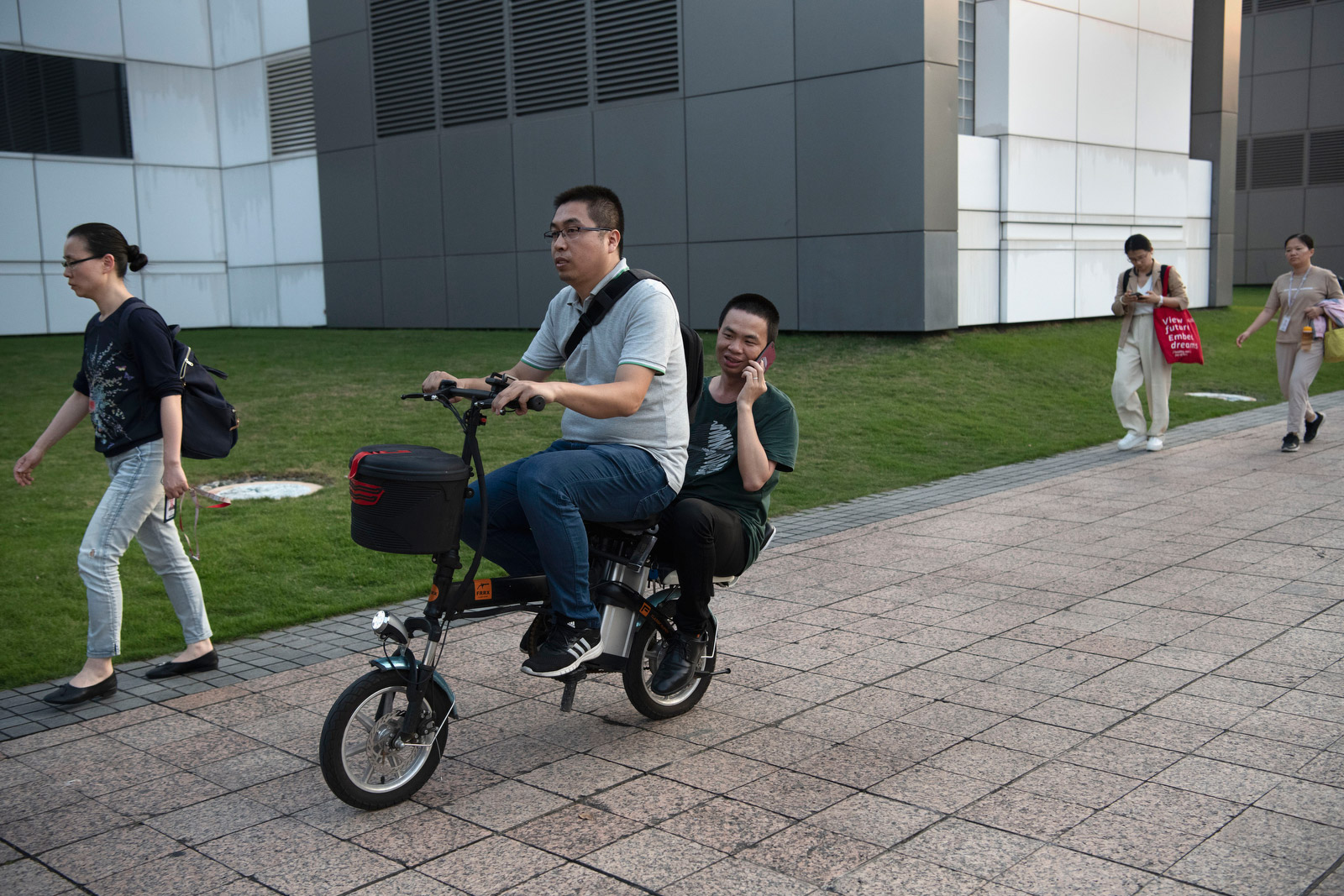 Huawei employees leave work at the end of a week in late April.

Huawei has pushed back against those allegations, saying it would refuse any Chinese government requests to gain access to the technology it sells to telecom operators. But last week, the Trump administration blacklisted the company, placing it on a list of foreign firms barred from receiving components from US exporters without a license. 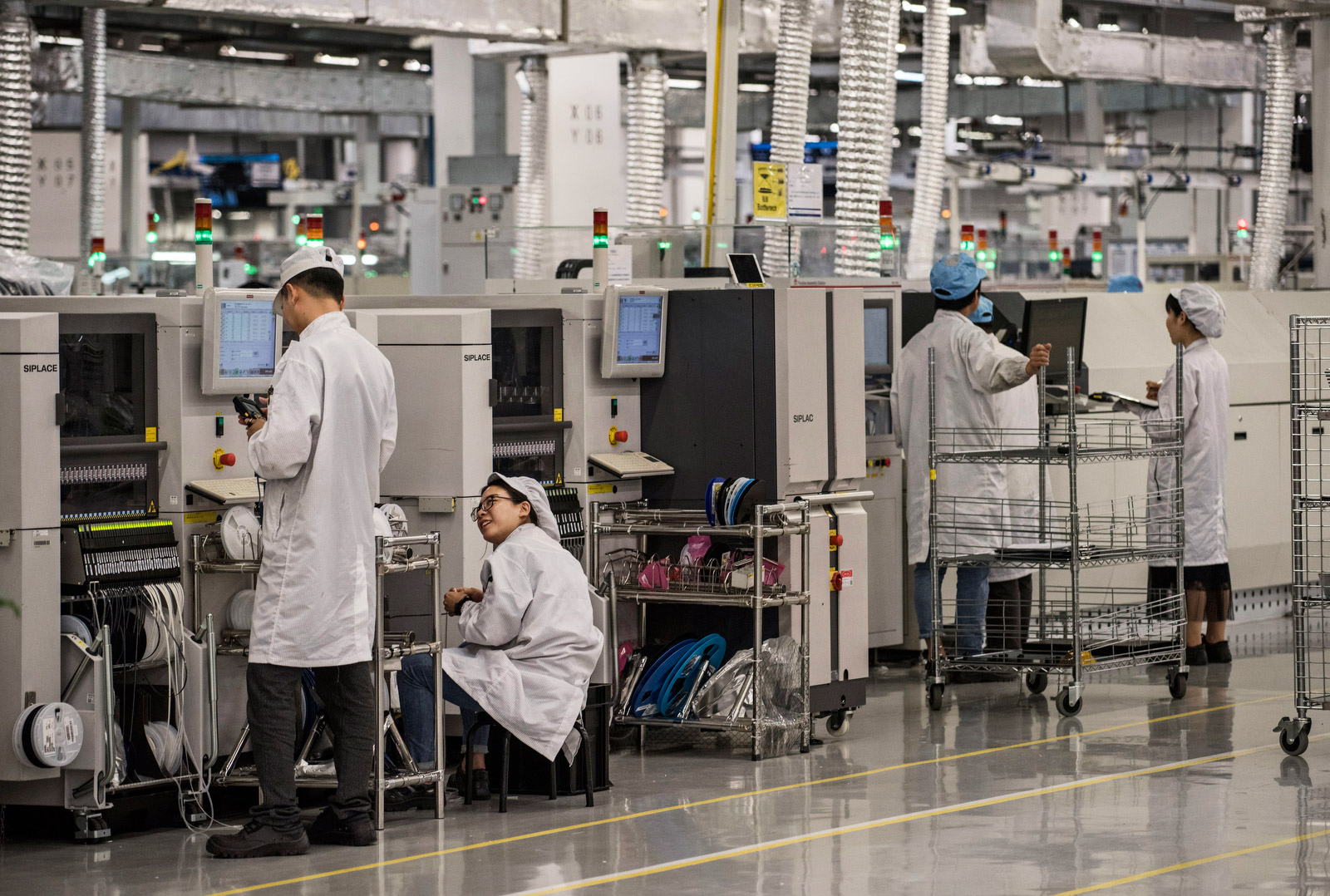 Huawei employees work on a production line in Dongguan, China.

A Huawei engineer displays parts in a research-and-development area.

A display for facial recognition and artificial intelligence is seen on monitors at Huawei’s Bantian campus in Shenzhen.

In an effort to dispel some of the mystery surrounding it, Huawei has recently opened up its facilities to international media.

Read More   What are the pros and cons of machine learning in network security? - TechTarget

Kevin Frayer, a Getty Images photographer based in Beijing, traveled to southern China in April to visit three of Huawei’s campuses.

“My goal was to take people a step beyond the breaking news and Huawei headlines, to give them a sense of what the company looks like and to see who works there,” he said. 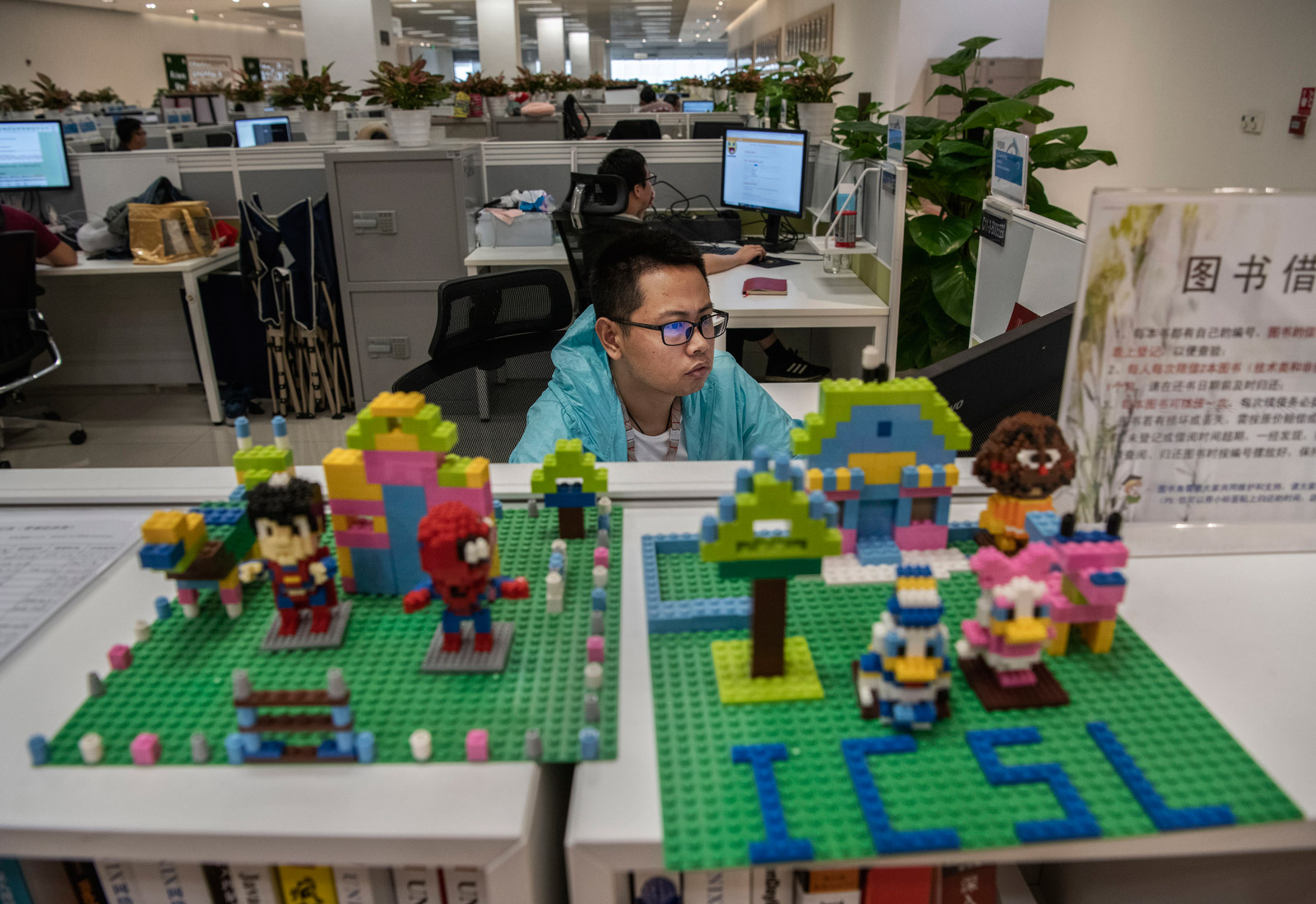 A worker in Huawei’s cybersecurity lab works on his computer in Dongguan. 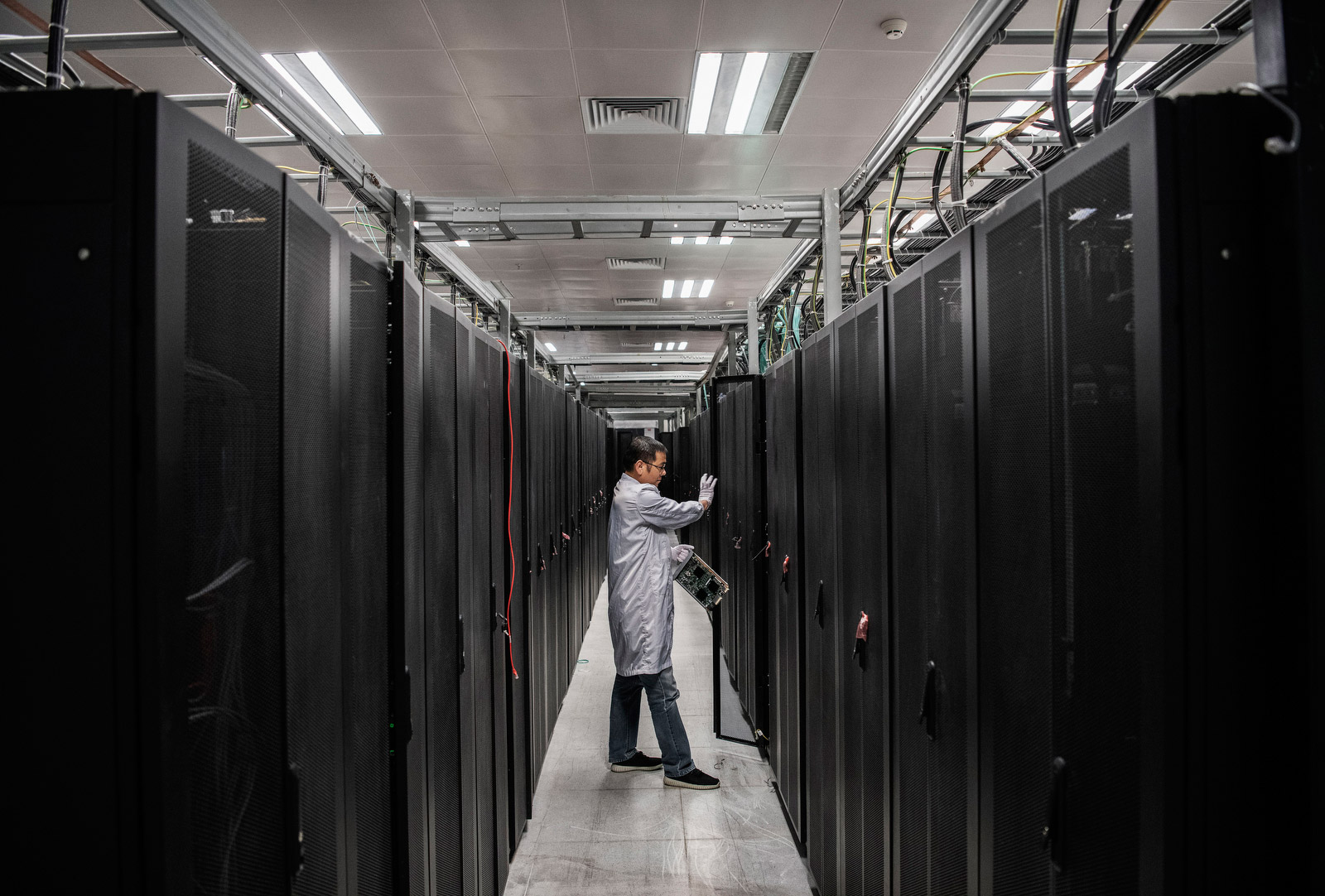 A Huawei engineer opens the door of a server unit during a tour of the cybersecurity lab in Dongguan.

Huawei has 180,000 employees worldwide. More than a third of them work at the campuses Frayer visited in Dongguan and nearby Shenzhen, which is considered China’s Silicon Valley.

The employees he encountered work in a variety of roles: production, research and development, and finance, just to name a few.

“Jobs at Huawei are coveted,” Frayer said. “It’s among the highest-paying companies in China for highly skilled workers, and many of its employees have been educated overseas and at the country’s top schools. Some of the brightest minds are hired away from other companies, and Huawei has also been luring foreign experts to join.” 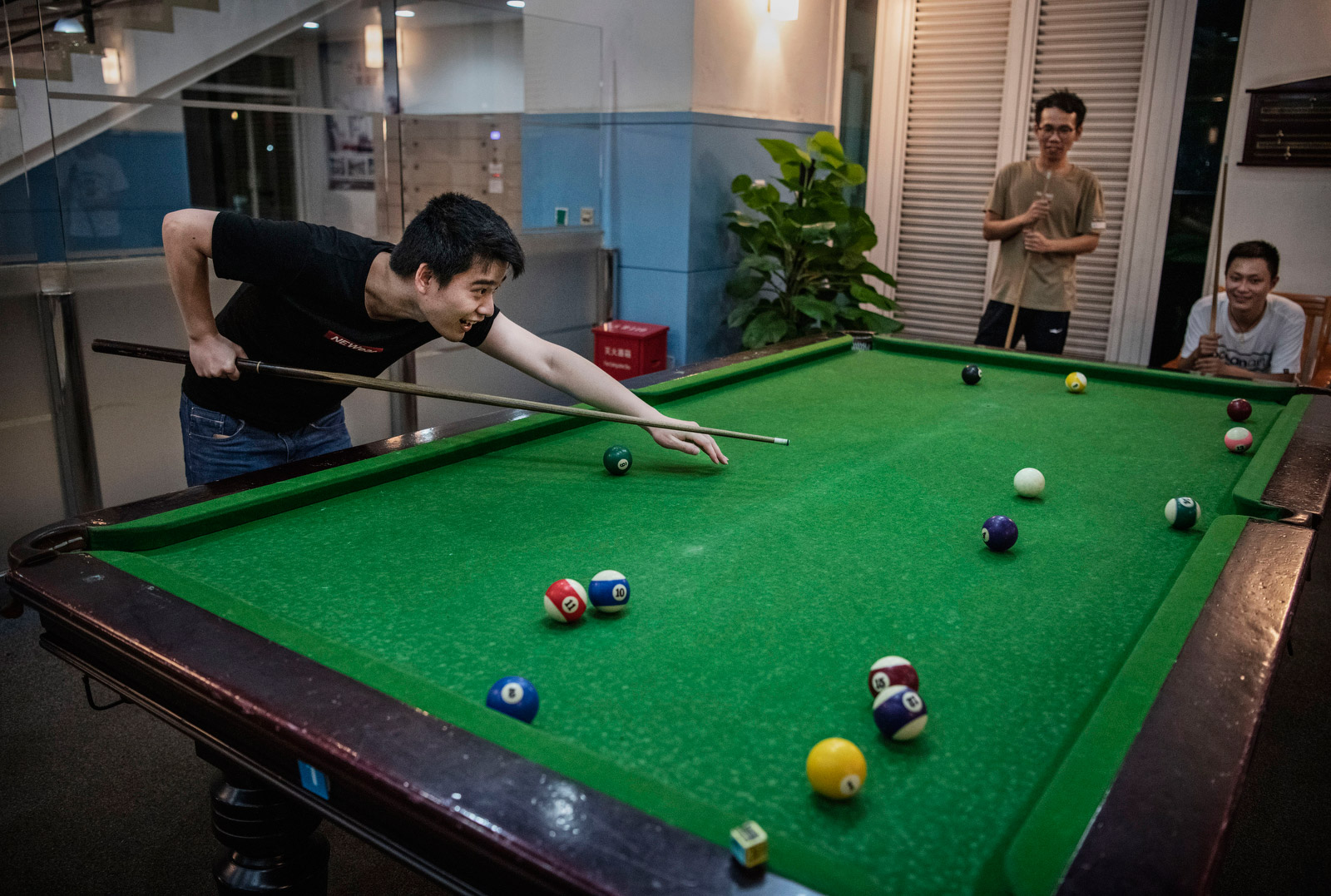 Huawei employees play pool after work, at a recreation area in staff housing. 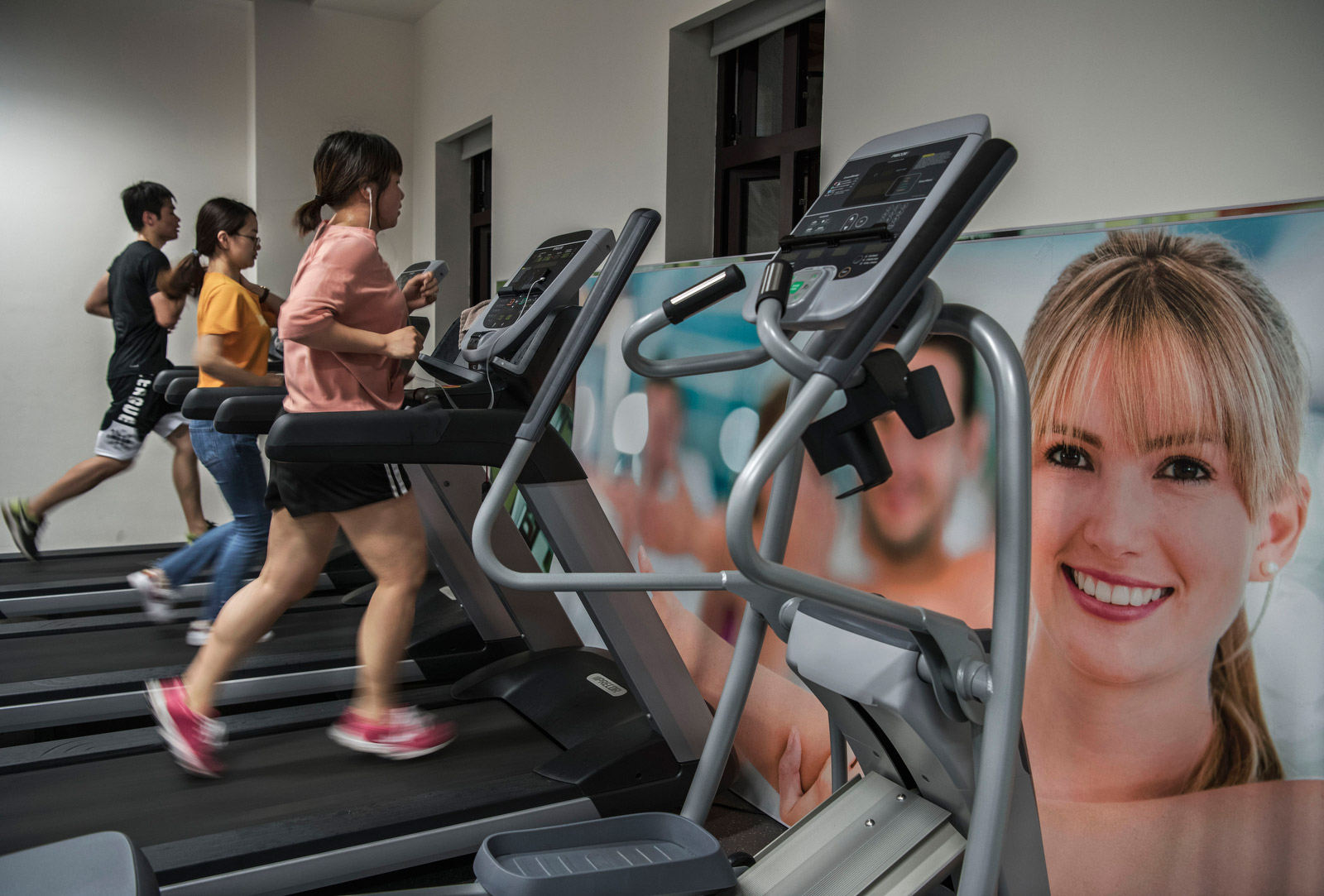 Huawei employees use treadmills in a company gym after work.

Frayer marveled at the size of the campuses he visited, especially Huawei’s headquarters in Shenzhen and the European-style research-and-development campus in Dongguan.

“When you first arrive, it is a bit overwhelming how spread out everything is,” he said. “There are restaurants and cafes, sports facilities and its own transportation system. They have villas and fancy dining rooms for high-level clients and low-cost housing for employees.

“At the new European-style campus, the buildings are designed to reflect the company founder’s training as an architect. And every day after lunch, the lights are dimmed in most offices so workers can nap, which is common at companies in China.” 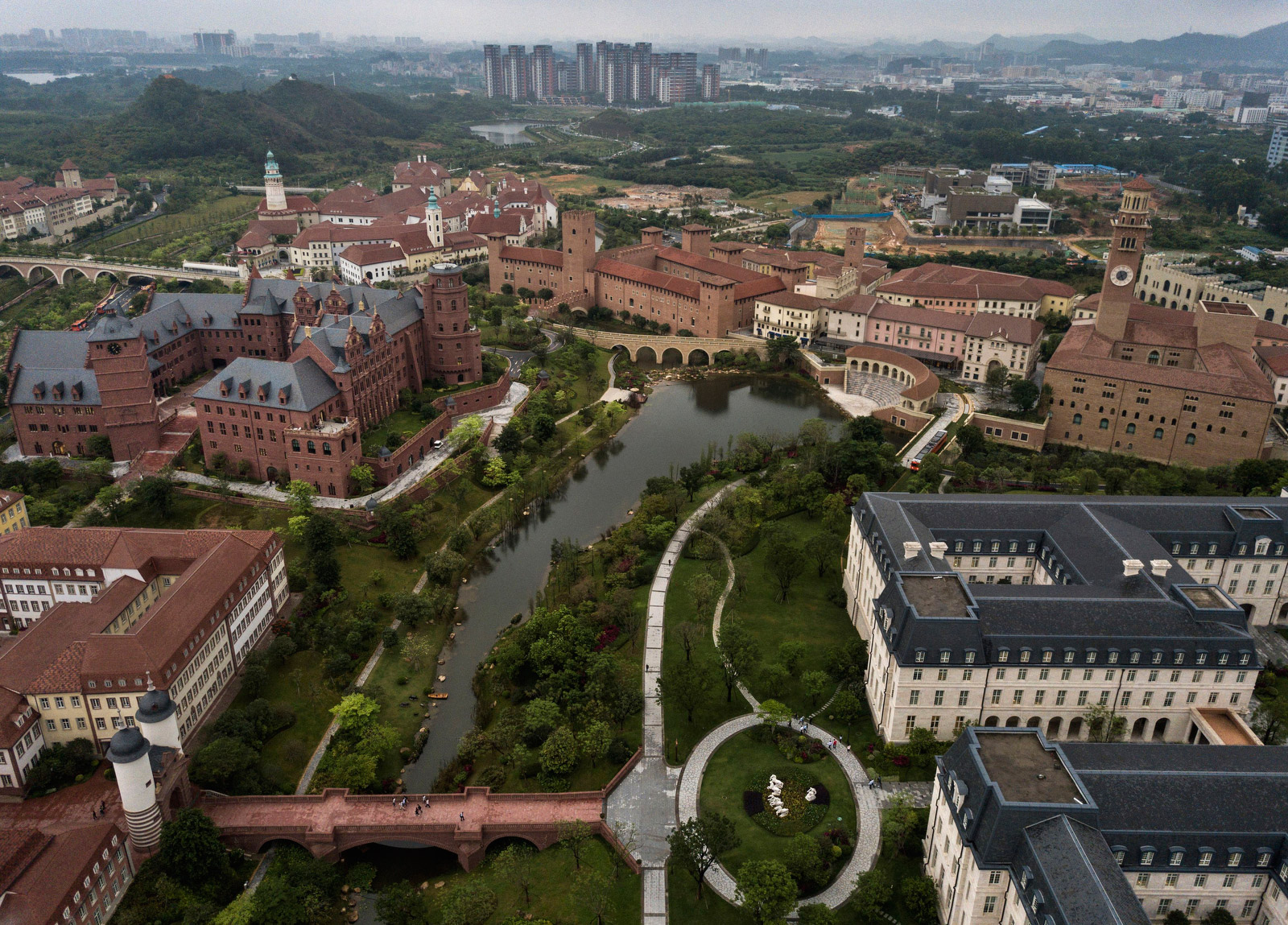 An aerial view of Huawei’s European-style research-and-development campus in Dongguan.

Huawei workers look at their smartphones as they line up for lunch at the Dongguan campus.

An employee sleeps at her cubicle during her lunch break.

Frayer said the campuses feel like university campuses: quiet and relaxed, unlike much of the country.

“The only reminders that you’re in China were the crowds at lunch hour and the end of the work day,” he said.

Frayer was able to talk to some employees, and many of them expressed concern about what they see as misconceptions about the company.

“They were very aware of the political challenges and the American view, and they went to lengths to explain that Huawei is a tech company trying to innovate like any other tech company — as one engineer put it, to make things that make life easier.” 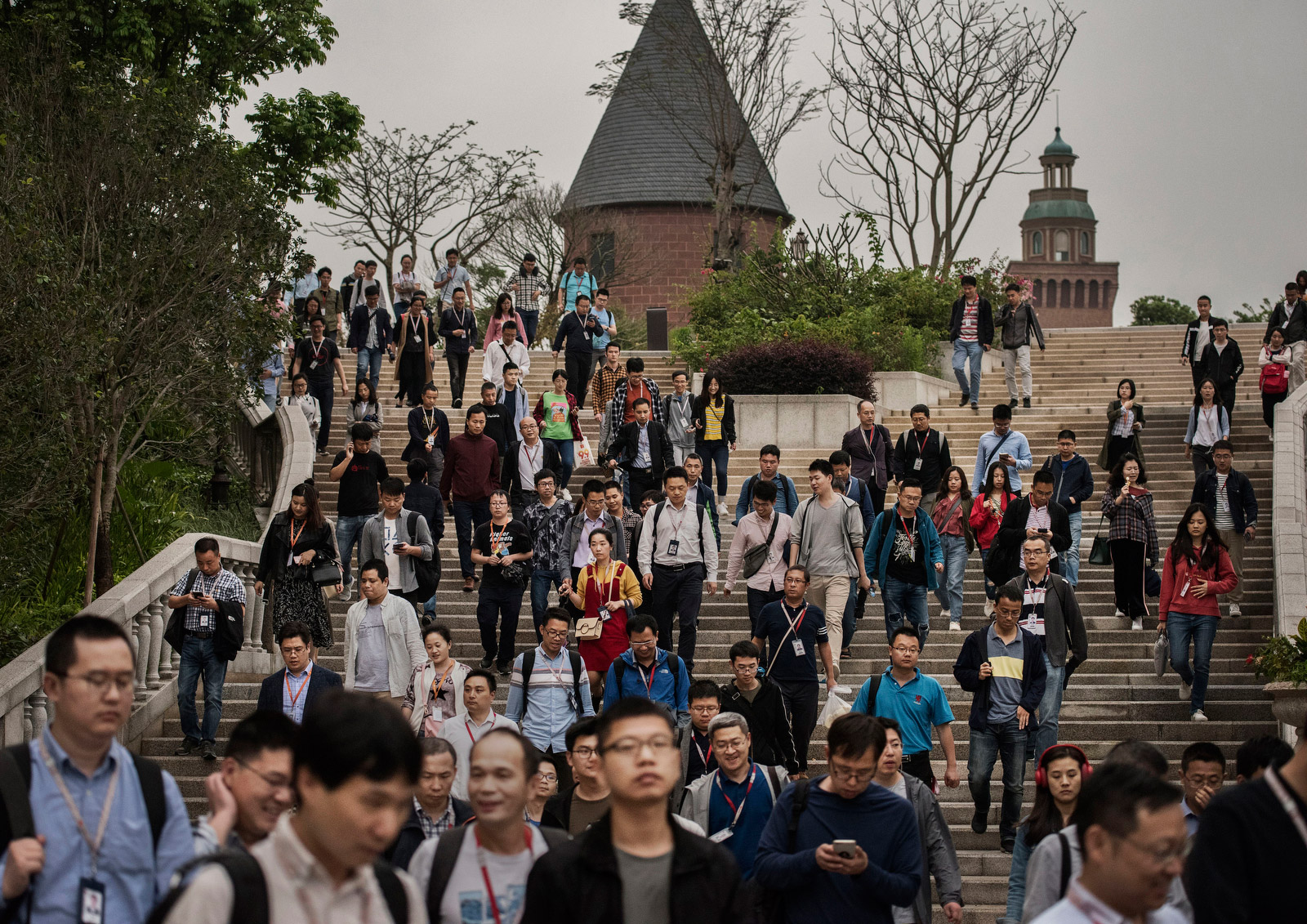 Huawei employees leave at the end of a workday in Dongguan. 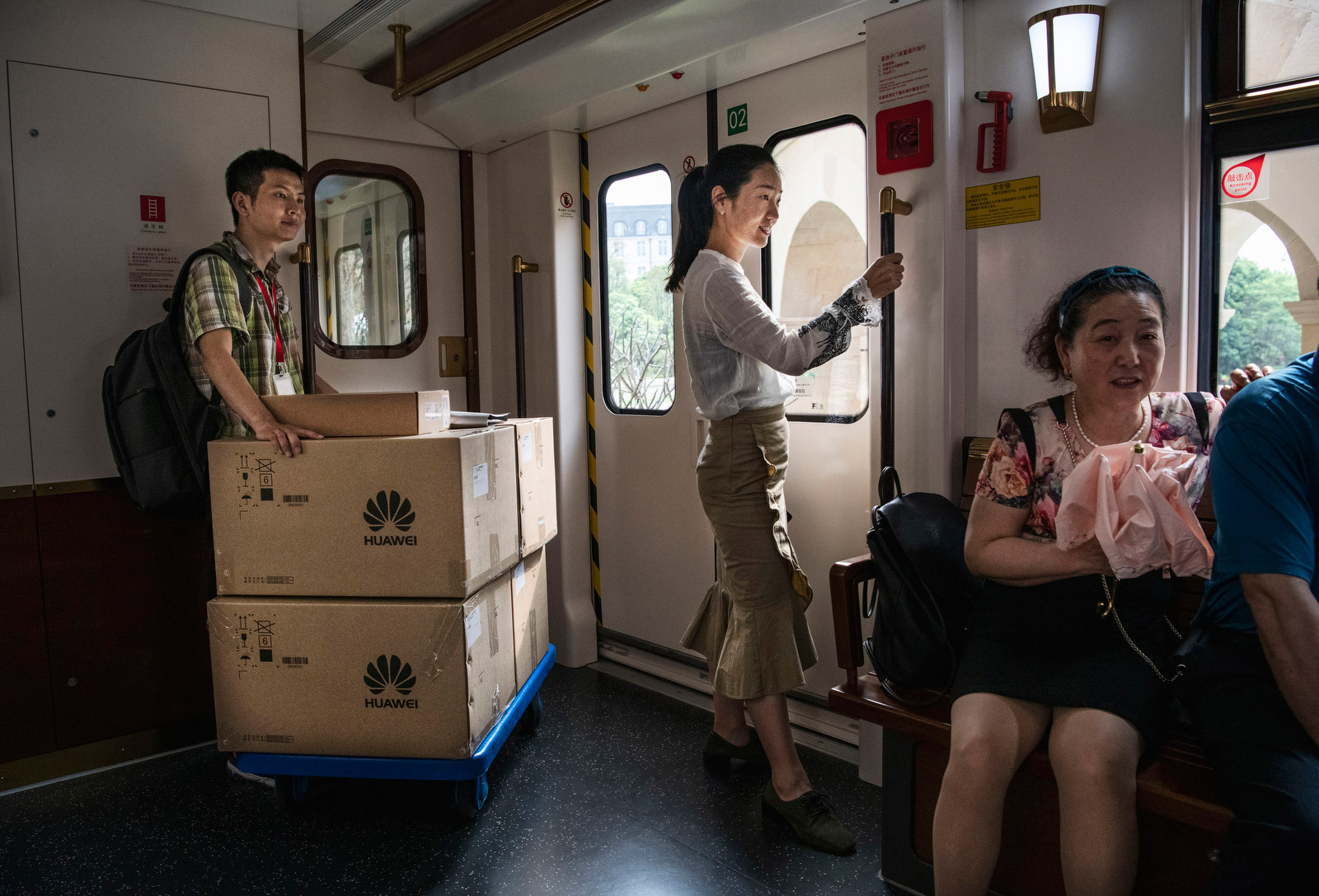 A Huawei worker moves boxes on a train used by employees, clients and visitors at the campus in Dongguan.

Some of the research-and-development areas were off-limits in the interest of protecting intellectual property, and Frayer was asked at times not to photograph some clients. But overall, he said, Huawei was very open in what they allowed.

He called the company a “juggernaut” and a source of national pride in China.

“It’s hard to really know what it’s like to work there, but people generally looked happy and interested in what they are doing,” Frayer said. “You could feel that it’s big and important and it’s growing.” 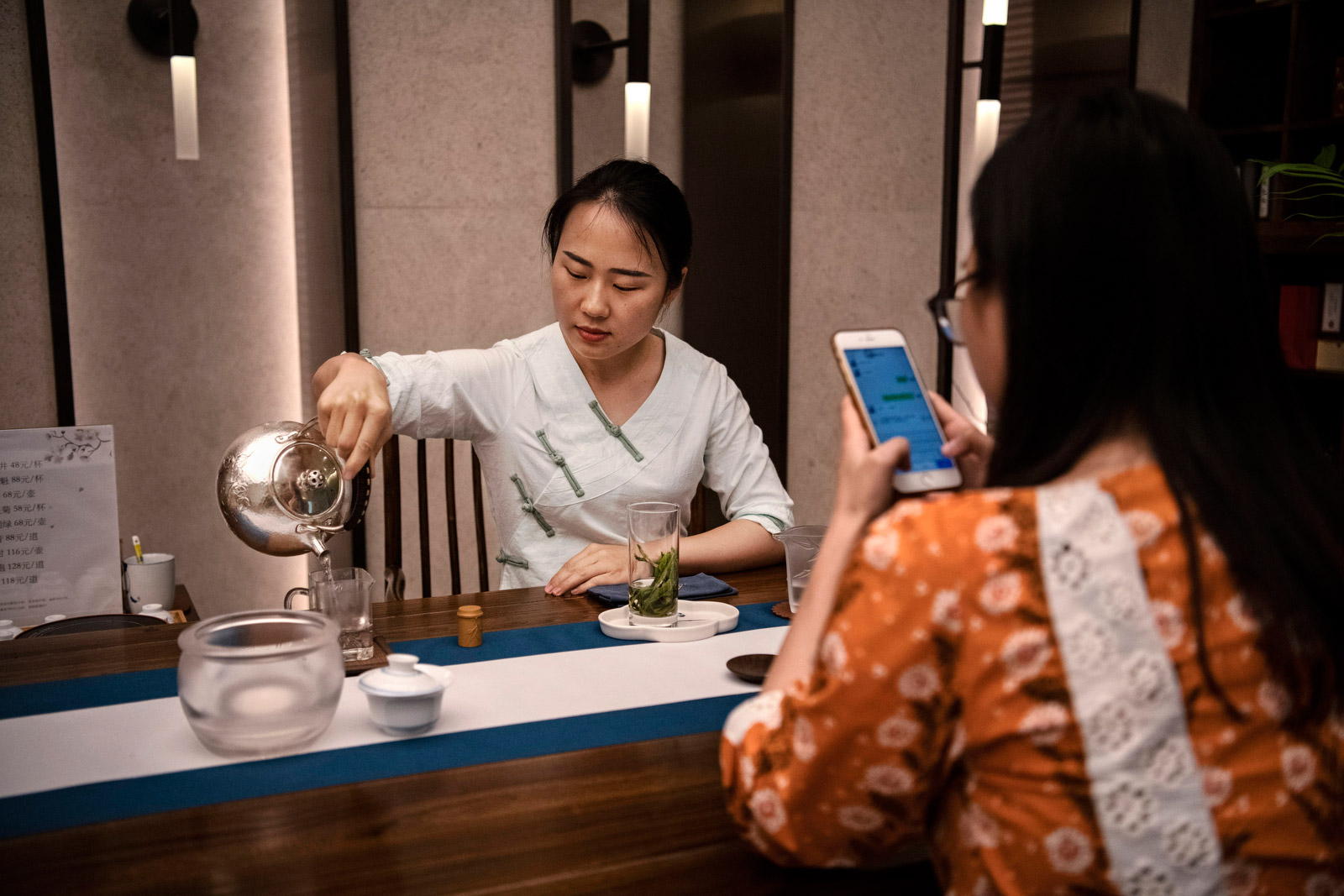 An employee looks at her smartphone as a woman serves tea at a cafe on the company’s Bantian campus in Shenzhen. 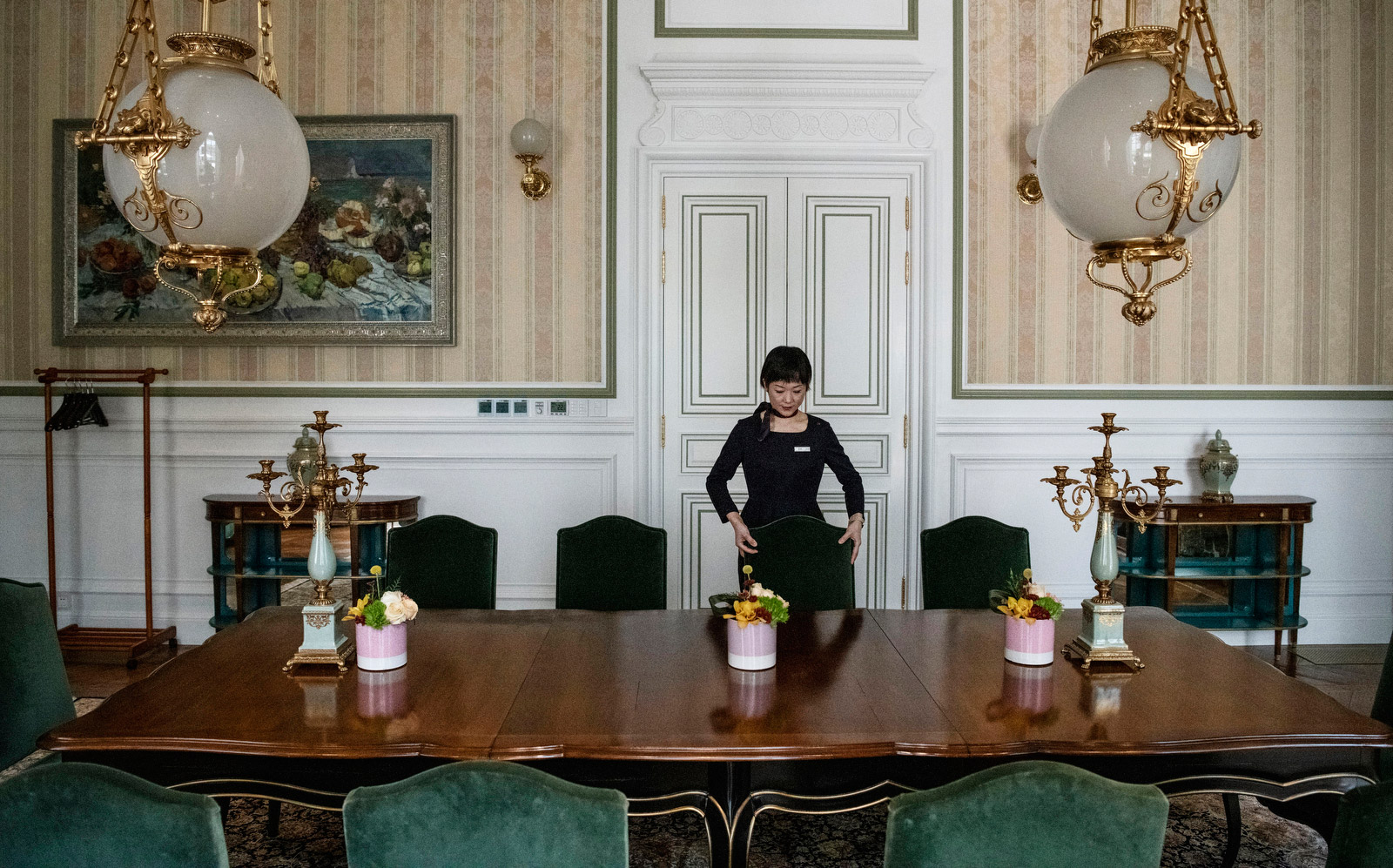 CNN’s Sherisse Pham and Julia Horowitz contributed to this report.

PM does not have to investigate Russian interference, judge says

Hay bales and cocktail makers in wellies: what it’s like to go to a music festival during the pandemic

Manchester Arena attacker should have been identified as threat, inquiry finds

China offers glimpse of Tibetan life without the Dalai Lama

NordVPN review 2021: How good is it for security and streaming?