A tax comes of age: Five years since rollout, areas where GST needs retouch and improvement

On July 1, Goods and Services Tax (GST) completed five years of its existence. From its grand midnight launch at the historic central hall of Parliament to the 47th GST Council meet in Chandigarh earlier this week, it has been an eventful life story for what was nicknamed the “good and simple tax.”

There have been hits — a total digitisation of tax compliance infrastructure and e-invoicing, robust revenue collection, and near-consensus decision despite a politically charged environment — but some misses as well.

The apex decision-making body, the GST Council, is no longer debating whether items such as petroleum, electricity or alcohol should be brought into its ambit as more and more states are candidly expressing their unwillingness to surrender any of those milch cows. What’s more, rate rationalisation — it was intended to move from four key rates to three and finally to two — has been under negotiation for far too long. Also, the Council’s inability to set up an appellate tribunal has resulted in a large pendency of litigation in the higher courts.

There’s no doubt that the GST still has scope for improvement. Most experts feel it needs some interventions urgently while many reforms can be implemented over the medium or long term.

Hasmukh Adhia, who was the revenue secretary during the tax’s implementation five years ago, feels that it’s time for some petroleum items — specifically aviation turbine fuel and LNG (Liquefied Natural Gas) — to be brought under GST. He says that the government of the day was liberal enough to change rules frequently so as to accommodate demands of various stakeholders. “To a large extent, the government has been able to simplify the processes. But there has to be a counter-balance to its possible misuse,” he adds, arguing that some unscrupulous elements took undue advantage of the fact that online GST registration lacked manual fact-checks, a move which had to be partly reversed later.

Both GST experts and government officials now say that fake bills used for claiming input tax credits on supplies that never happened were the key reasons why revenue collections plateaued for a long period. July 2017, the maiden month of GST, saw collections hit a robust Rs 92,283 crore, but failed to build momentum, as collections stagnated below Rs 1 lakh crore for most of the subsequent 59 months. Understandably, collections nosedived during the months of anti-Covid lockdowns — Rs 32,172 crore in April 2020 and Rs 62,151 crore in the following month. It then slowly recovered from the nadir.

However, starting from this January, revenue collections have repeatedly breached the `1.4 lakh crore mark. The impressive rebound wasn’t driven by a rise in tax rates, or shifts to higher brackets, but is the result of

Vikas Vasal, national managing partner of tax at Grant Thornton, argues that the next logical goal for monthly GST collection is Rs 2 lakh crore, “provided the Indian economy continues to grow as per the estimates and there are no major hurdles like supply chain disruptions”.

In a two-day meeting held earlier this week, the GST Council agreed that from July 18, items such as pencil sharpeners, paper knives, printing, writing and drawing ink, power-driven water pumps, LED lamps etc. would attract 18% GST, up from 12% at present, meaning all those items will be dearer soon. Some goods, for instance solar water heaters, were moved straight from the 5% to the 18% bracket.

Once the decisions of the meet come into effect, the number of items in the 18% bracket will rise further. Another significant phenomenon in the contours of GST slabs has been a reduction of goods in 28% slab — from 228 in 2017 to a mere 37 now.

According to EY India’s tax partner Bipin Sapra, GST needs further fine-tuning to make it a two-rate structure in the long run, apart from removing compensation cess and bringing in petroleum, alcohol and electricity under one tax net.

Vasal from Grant Thornton argues that it might take some more time before such items could be brought into GST fold as those are a major source of revenues for state governments, something they would be unwilling to surrender any time soon. “A larger political consensus needs to be built in to bring these items under the GST fold,” he adds.

Meanwhile, on the question of extension of GST compensation, 16 states raised the issue during the recent GST Council meeting. Of those, a dozen wanted it to be extended for two to five years, arguing that the Covid pandemic was a body blow to the states’ finances. In fact, back in 2017, states were assured compensation for loss of revenues arising on account of implementation of the new tax for a period of five years, i.e., till June 30, 2022. A cess was levied mainly on sin goods for creating a compensation fund.

But the problem emerged as the cess collection did not increase at a desired pace whereas states were promised a compensation on revenue shortfalls assuming a 14% y-o-y growth. The pandemic only compounded those problems, and the Centre had to borrow Rs 1.1 lakh crore in 2020-21 and Rs 1.59 lakh crore in 2021-22 to meet a part of the shortfall in cess collection. According to the officials privy to the matter, the issue on compensation as demanded by at least 12 states, is now up for consideration at the Prime Minister’s Office.

Sanjay Malhotra, a faculty member of National Academy of Customs, Indirect Taxes and Narcotics (NACIN), believes that the setting up of an appellate tribunal needs to be expedited so as to lower burden on higher courts. At present, any dispute with the government means a private party has no options but to move the courts — an expensive as well as timeconsuming proposition.

The GST collection data is released monthly and thus those are in the public domain. But what about the share of GSTpaid goods and services in India’s economy, an important tool to assess the country’s future growth trajectory? Ajay Srivastava, the author of 2017 book, “The GST Nation: A Guide For Business Transformation” says GST-paid supplies generated 60% of India’s gross domestic product (GDP) in 2021-22. He arrived at the figure based on two available numbers — the weighted average GST rate of 11.6% (RBI, 2019) and Rs 16.6 trillion (lakh crore) GST collection last fiscal year. “These two data points show that economic activity covered under GST is Rs 143 trillion ($1.83 trillion),” he says, adding that it translates into about 60% of output considering a GDP figure of Rs 236 trillion ($3.05 trillion) for 2021-22.

No one can ignore the importance of GST in a nation’s economic growth. But to make it near perfect in the coming years, India’s indirect tax has to embrace newer features. And that could be possible only if the GST Council continues its legacy in finding consensus-based solutions and not resorting to decisions by a simple majority. 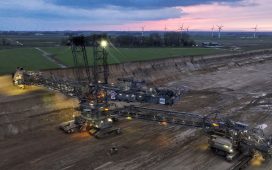 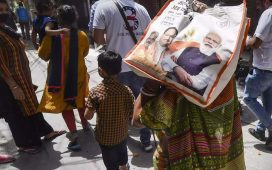 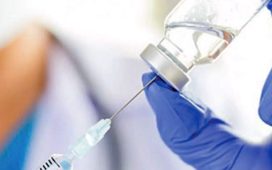 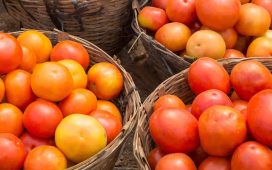 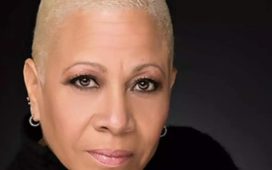