(The CBOE Volatility Index is called the stock market’s fear gauge, tracking the price of options on the S&P 500. When it goes up, the market usually goes down. These call options are not in the money until the so-called VIX pops more than 50% from here. So this is a big bet on a quick market downturn.) 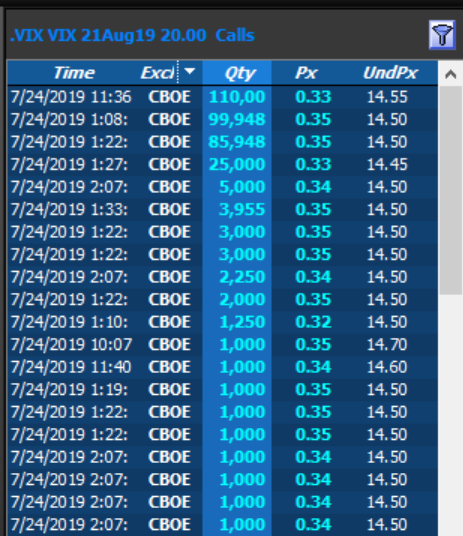 These calls hit 50 cents on Thursday, at one point representing a paper profit of $4.4 million.

Next, right away on Thursday a trader was back as our computers tracked the VIX September 24 calls traded in big blocks, starting with 46,752 contracts where two blocks of that size hit in the first hour of trade. A total on the day of 110,000 calls for 63 cents.

Clearly the trader is pressing her or his advantage as the VIX popped 9% midday Thursday. 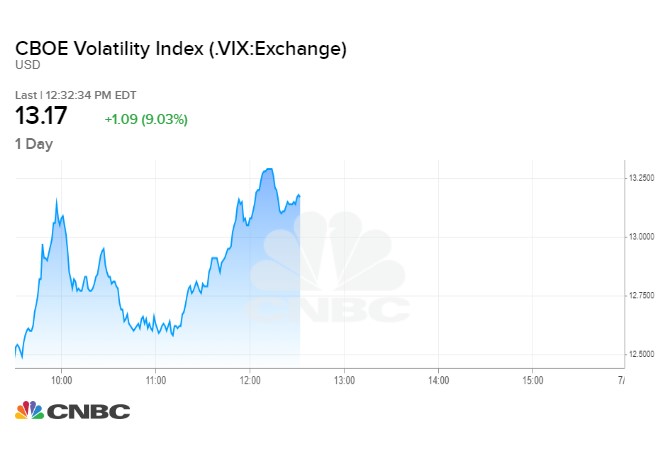 These stocks have been hit by coronavirus fears, but analysts still say buy

Goldman Sachs decided to pass on E-Trade before Morgan Stanley snatched it up, sources say

Cramer on the debate: 'Your wealth was really under fire' as Sanders sounded like a communist

Stamps.com jumps more than 50% Thursday, a year after crashing nearly 50% in a single day

Cramer's lightning round: Autozone has the 'best buyback' I've ever seen—it's a buy

The 'Great Bull' market is 'dead,' and here's what's next, Bank of America predicts