Around the world, public media institutions are considered the most trusted sources of news in their respective countries. But something worrisome is afoot.

As chair of the newly formed Global Task Force for Public Media, I am alarmed by how quickly the tide of public opinion can turn for institutions like mine in Canada, and others in Britain, Australia and Denmark.

The UK government has questioned the BBC’s impartiality and the spectre has been raised of scrapping the television licence fee that British households pay as the broadcaster has announced job cuts as part of a savings drive.

Last year, Australian police raided the offices of the ABC, purportedly seeking evidence gathered by the state broadcaster relating to the national security activities of the country’s special forces in Afghanistan. In 2018, the Danish public broadcaster DR announced 400 job losses, and the closure of three of its television channels and three radio stations, as part of a package of reforms that cut its budget by up to 20 per cent. While all of us accept that public organisations created 80 years ago warrant modernisation, we should proceed with caution.

My own organisation, CBC/Radio-Canada, is lucky that support from many stakeholders, including government, is holding firm. We operate on the same principles as many of our counterparts: clear journalistic independence from government, a mix of public and private funding and a mandate to inform, enlighten and entertain.

We, too, are “under review”, with the release of a report last month on the legislative framework governing Canada’s broadcasting and telecoms sectors, and upcoming public hearings on the renewal of our TV and radio licences. In these reviews, we will defend public service media and the critical role we play in a healthy democracy.

READ  Inside the most dangerous parts of Sellafield

CBC/Radio-Canada operates a media business across six time zones, in two official languages (English and French) and eight indigenous languages, delivering services on TV and radio, as well as a full slate of digital services — all this at a cost of the equivalent of $25 annually per Canadian, less than most of our peers around the globe. Yet there is mounting debate about our raison d’être. Critics say that with state funding comes political meddling — despite the robust safeguards in our journalistic standards and practices.

Our public funding and commercial revenue provoke the ire of private organisations, which are suffering the pressures of an industry that is under­going existential disruption.

Catch up with the latest opinion articles from the Financial Times by subscribing to our FT Opinion email newsletter. Sign up here for your daily guide to today’s debates.

But competition between domestic players is not the problem. In Canada, our digital advertising revenue accounts for less than 1 per cent of the total market; Google and Facebook together account for 78 per cent. Another challenge comes from foreign original content, which next year is expected to surpass the $120bn spent in 2019. Our annual programming budget is less than $265m.

The real issue is the galloping, unregulated invasion of the digital giants — as Tony Hall at the BBC and Delphine Ernotte at France Télévisions have pointed out. And the true challenge to our democracies is the impact of the internet and social media driving public discourse on platforms that are optimised for commercial purposes.

I hope we pause and reflect on how we can bring public service to the internet, that we consider what is at risk: non-partisan, validated, fact-checked information.

Imagine the alternative: a world where the interests of under-represented communities have no place, and where the voices of minorities are extinguished once and for all. That would be a world without public service media. 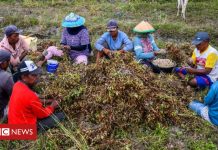 Virus could push half a billion people into poverty 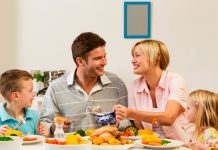 Cook up a classic Easter feast with recipes by Mrs Crunch 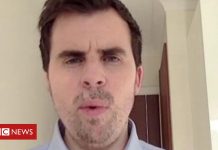 More than £52bn in dividend payments at risk in UK

Coronavirus could push half a billion people into poverty, Oxfam warns 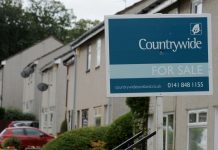 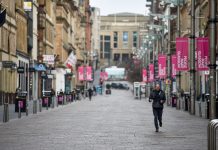 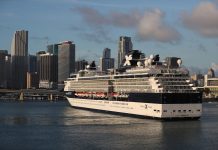 ‘Betrayed’ investors in Kevin McCloud’s eco housing business told they could lose most of...