A year in the RBI hotseat: Shaktikanta Das and the art of negotiation

When the most powerful bureaucrat in the country, Cabinet Secretary PK Sinha, called for a meeting to discuss the RBI’s much reviled February 12 order on treatment of defaults by borrowers, the then Governor Urjit Patel did not believe it was worthwhile to send even a representative to present the reasons behind it.

A year later, when the regulator had to come up with an alternative provision for the now illegal rule, Governor Shaktikanta Das took 65 days as he consulted scores of bankers, industrialists and colleagues to figure out the possible outcomes. The new rule was as onerous as the previous one, but the difference was the perceived human touch.

Das’ entry into the RBI headquarters last December was the most turbulent time in the relationship between the government going into an election amid sputtering economic growth, and a defiant academics-headed central bank passionately guarding its independence. A hostile political opposition accused the government of diluting the autonomy of a revered institution.

That a bureaucrat has been parachuted from New Delhi raised the spectre of government pulling the strings in the matters of banking policy, diluting the autonomy that has withstood the test of time. Former finance minister P Chidambaram, who has had many run-ins with RBI governors, even said the appointment ‘worries’ him.

Twelve months later, bankers, industrialists and investors are not complaining. In fact, those who were skeptical about the autonomy have been more or less silent.

“He has brought in a lot of calm to an institution that was in turbulence,” says Indira Rajaraman, economist and a former member of the RBI’s Central Board. “Das protects RBI’s autonomy…there’s no need to advertise that you are doing so with the armour on… He doesn’t see any demand from the government as a challenge to the authority or autonomy of the RBI. He’s willing to engage and look for a solution without any compromise.”

Patel abruptly resigned on December 10, a Monday, citing personal reasons. That it came a few days after an acrimonious board meeting and a meeting of the Board of Financial Supervision of the RBI, which declined the government’s plea for releasing a few banks from the Prompt Corrective Action regime, a corrective measure for financially weak banks, make the exit a mystery.

Apart from the PCA dispute, RBI and the government were at loggerheads on issues such as a special liquidity window for nonbanking finance companies, transfer of surplus capital to the government, the February 12 circular which forced a resolution process a day after missing payment, interest rate cuts, surplus liquidity, and converting the role of RBI board from consulting to that of an executive nature. These were in public, while many more were behind closed doors.

How have those issues that led to Patel’s exit evolved under Das?

Even since Das came in, the Monetary Policy Committee has delivered a 135-basis point reduction in interest rate. A basis point is 0.01 percentage point. The long prevailing policy of deficit liquidity for effective transmission has been turned on its head into surplus.

The number of banks under the PCA is six compared with 12 at the time of Patel’s resignation. Lakshmi Vilas Bank was added under Das’ watch. Five banks were taken out of PCA after the government invested Rs 20,870 crore capital in them.

The NBFC lobby is not tired of seeking a liquidity window. But Das is unmoved on the demand and has maintained the position of his former deputy and New York University professor Viral Acharya that these institutions need to adjust their asset-liability mismatch rather than be given a lifeline.

But there have been adjustments in lock-step with government and the state-run banks on providing support to the securitisation programmes of NBFCs and giving relief to mortgage companies. Still bond investors believe that his heart lies in the government given that he’s yet to acknowledge the fiscal risk and the crowding out effect of public sector borrowing on which he differed with Acharya.

“He has delivered some of what the government wanted — lower interest rates, surplus banking liquidity, and higher surplus transfers to the government,” says Ananth Narayan, professor of finance at SPJIMR. “There are some areas where one wishes he would push back more. The quality and extent of fiscal deficit appears to be far worse than is acknowledged. Yet successive MPC statements do not even mention possible fiscal slippage as a macro risk. Likewise, he has allowed forbearance in some SME loans, somewhat diluting the credibility gains from the AQR.”

On transfer of surplus capital, an issue that many critics labelled as the government raiding the central bank, the RBI was aligned with what the Jalan Committee recommended. The key element of transfer of realised gains from foreign currency transactions going into the profit & loss account instead of the balance sheet was recommended by the Malegam Committee, but Raghuram Rajan and Patel did not do so.

“He came in at a time when it was difficult for both the real economy and the financial markets,” says Sonal Varma, economist at Nomura Securities. “People made a lot of assumptions because he was from Delhi. But policy decisions have been based on the underlying economic fundamentals.”

Critics have been painting all the bureaucrats with the same brush when they arrive.

Duvvuri Subbarao, a predecessor of Raghuram Rajan, faced the same charge. I was accused of “compromising the Reserve Bank’s already fragile autonomy by allowing government to dictate policy, confirming what some people suspected at the time of appointment,” Subbarao wrote in his memoirs Who Moved My Interest Rate. Subsequently, he was celebrated as an autonomy crusader when he defied Chidambaram on rate cut that provoked the minister to say he would ‘walk alone’ to give impetus to growth.

Measures such as releasing weak banks from PCA, or surplus liquidity, or even the capital transfer could be interpreted as the RBI dancing to the tunes of the government. But are the differences between the two over? Is the relationship that of the master and pupil?

One of the boldest decisions of the Prime Minister Narendra Modi government was the decision to raise US dollar funds by selling sovereign bonds in overseas markets. But that has been given a quiet burial, thanks to opposition from the RBI.

The conservative central bank stood its ground yet again. Das wrote to the government arguing against such a move as the costbenefit would be against the sovereign, said people familiar with the matter. He is said to have argued that the state would unnecessarily be bearing the currency risk and the flow that would have come into India would get diverted to markets elsewhere.

Furthermore, when the financial stability became a hot topic after the collapse of the Infrastructure Leasing & Financial Services and the freezing of credit to Dewan Housing Finance, he managed to wrest the supervision of mortgage firms from the National Housing Bank. It is a clear power shift from the time when the RBI was to be stripped of powers under the controversial Srikrishna panel recommendations.

When the bureaucracy in North Block was adamant on having a chapter in the Financial Stability Report on RBI’s weakness in its supervisory functions, he is said to have convinced that it wouldn’t serve the purpose.

“Since Governor Das came in, with his pleasant and congenial demeanour, the relationship between RBI and the government appears to have become a lot healthier,” says Narayan of SPJIMR. “It also appears that behind closed doors, he has pushed the government back on occasions.

The government-central bank differences are as ancient as the mountains. But what makes the difference is the personalities involved in the drama.

Many mastered the art of dealing with bureaucratic ego.

The legendary Reddy captures it in his memoir Advice and Dissent. “With regard to structural measures, Jalan was particular that we mention in our policy statements that we could take up the matter with the government, or would consult the government, or that we are acting upon the budget speech, and so on. He was also particular that we mention in the policy statements that we had consulted experts and market participants,” which ensured clash of egos don’t stall policy.

Patel, who was labelled by critics as Modi’s man for presiding over demonetisation and delivering an interest rate cut in his first MPC meeting, became a torch bearer of autonomy when he clashed with the government. But Patel has always had the courage of conviction to air his views. As a junior officer in his first stint at the RBI, he wrote a research paper countering the towering Reddy’s public speech and presented the same to the then deputy governor. While Patel was rigid in his beliefs, so was SC Garg, the then economic affairs secretary. If Patel was half responsible for the public spat, the remaining lies on the doors of Garg, say people familiar with the developments.

But that record came crumbling down when Section 7 of the RBI Act that gives powers to the government to give directions to the central bank was invoked. That was the straw that broke the camel’s back.

RBI governorship is such a role that hardly anyone goes without having to handle a crisis. For Subbarao, it was baptism by fire as Lehman Brothers collapsed the month he came in. Jalan and Rajan faced currency crises. Patel demonetisation.

Apart from Das’ diplomacy, the external factors were also favourable to him. Benign inflation and a calm currency market helped him deliver on interest rate cuts and easing liquidity.

“He’ll have a dilemma in the future as economic situation is now getting challenging with growth and inflation moving in opposite direction,” says Varma of Nomura.

Inflation for October rose to 4.62%, against the target of 4%, in a 2 percentage point band on either side. Growth has collapsed to 4.5% in the latest quarter, the worst in six years.

On hand is the lurking financial instability. The collapse of DHFL and the Punjab and Maharashtra Cooperative Bank has left a blot on the supervisory capabilities of the central bank.

He might have driven a point of sticking to rules by rejecting the merger between Indiabulls Housing Finance and Lakshmi Vilas, but his biggest challenge may well be in the financial sector with the NBFCs still reeling under the credit squeeze.

Managing the first year may have turned out to be easier than what lies ahead. “Das sees the need for engagement,” says economist Rajaraman. “In the current circumstances, we could not have hoped for a better governor.” 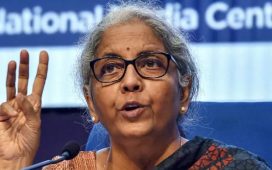 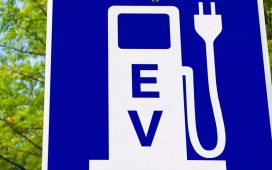 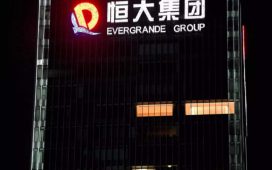