It’s normal to experience bouts of acid reflux, for example during the occasional burp or after you’ve eaten too much. However, if acid reflux happens on a regular basis you probably have gastro-oesophageal reflux disease (GORD). Whatever your diagnosis, acid reflux is almost always worse after eating and certain foods and drinks can trigger the horrible symptoms. Express.co.uk reveals the six foods to avoid reducing acid reflux flare-ups.

Drinking too much alcohol can cause acid reflux according to the NHS, so try to avoid drinking alcohol as much as you can.

Express Pharmacy pointed out: “Alcohol has been shown to relax the lower oesophagal symptoms, which can trigger heartburn.

“As well as this, studies have shown that drinking significant quantities of wine and beer can actually increase the amount of stomach acid in your body, making heartburn more likely to occur.”

Spicy foods might be delicious and good for your immune system, but they are one of the most common heartburn triggers.

Express Pharmacy said: “My spicy foods contain a compound called capsaicin, which is thought to slow the rate of digestion.

“Because of this, food sits in the stomach for longer, which increases the risk of heartburn.

“Studies have revealed the risks of consuming spicy foods for heartburn sufferers.

“One Australian study found that consuming foods rich in chilli powder decreased the rate of digestion.”

Foods high in fat have been shown to increase the occurrence of acid reflux symptoms.

Express Pharmacy explained: “ Fatty foods can relax the lower oesophagal sphincter, allowing stomach acid to escape from the stomach into the oesophagus and cause acid reflux.

“What’s more, foods that are high in fat can also encourage the release of the hormone cholecystokinin (CCK).

“This has also been shown to relax the lower oesophagal sphincter and cause acid reflux.”
Stay away from the following foods if you can:

Tomatoes are the major source of the antioxidant lycopene which has a number of health benefits such as the reduced risk of heart disease and cancer, but it isn’t good for acid reflux apparently.

The fruit might be packed with vitamin C, potassium and other nutrients but it is also very acidic and this could be the reason why it makes acid reflux worse.

This applies to fresh, canned, juiced and all products containing tomato, so be wary of the fruit if you’ve noticed symptoms getting worse after eating it.

“In another study, 73 percent of people suffered acid reflux after drinking citrus juice.”

The problem could lie in the fact that citrus fruits are highly acidic and when you drink them you have too much acid in your stomach, causing heartburn and acid reflux symptoms.

Coffee and other drinks containing caffeine (tea, coffee and some energy drinks) have been shown to cause heartburn evidence is again inconclusive with respect to the benefits of reduction, Guts UK said.

“When it comes to drinking coffee, it really depends on your own personal experience.

“If you find that you can enjoy coffee without experiencing heartburn, there’s no reason to avoid it completely.” 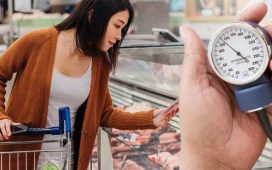 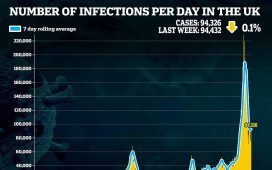 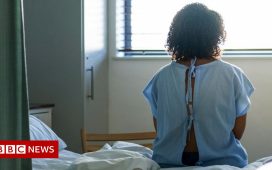