Acronis has acquired DeviceLock to enforce privacy at the device level and prevent threat actors from accessing data on an organization’s system.

“Customers and partners are looking for integrated solutions because they usually have too many agents on their systems,” Magdanurov told CRN.

Terms of the deal, which closed late last week, weren’t disclosed. DeviceLock was founded in 1996, employs 21 people and hasn’t raised any outside funding, according to LinkedIn and Crunchbase.

DeviceLock can block all sources and destinations of information, preventing the movement of data through ports on computers, printers, email, syncing mobile devices, copying documents to a clipboard or posting information on social media, according to Magdanurov. The tool excels at preventing data loss in the moment via actions such as downloading sensitive information on a computer to a flash drive.

The tool is a natural add-on to Acronis Cyber Protect since customers purchasing backup offerings are often privacy and security-conscious with an interest in protecting data in active systems, Magdanurov said. DeviceLock’s ability to control who has access to data that’s been collaborated on also makes it complementary to file sync and share technology.

Acronis partners can sell DeviceLock at a standalone tool right away, and Magdanurov said it’ll be integrated into the Acronis Cyber Platform in the coming months so that data loss prevention (DLP) can also be enabled from a single agent located on the server or workstation. Once the integration is available, customers with the standalone DeviceLock tool can upgrade via a simple process, he said.

DeviceLock up until now has been sold as a license based on the type of device it resides on, and Magdanurov said Acronis plans to simplify the procurement process by making DeviceLock available as a subscription priced on a per-device basis. Managed service providers will therefore be able to include DeviceLock as part of their monthly fee to end customers based on how much they consume, he said.

Partners interested in selling DeviceLock will have access to technical training for sales engineers, sales training for channel leaders, and marketing training that includes material to put together campaigns, Magdanurov said. DeviceLock has historically been sold direct in the United States, meaning that North American partners now have a chance to sell the technology into the existing Acronis customer base.

“Organizations have lots of endpoints that need to be protected outside their corporate network,” Magdanurov said. 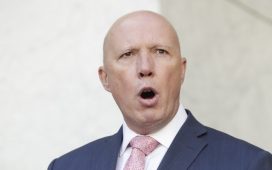 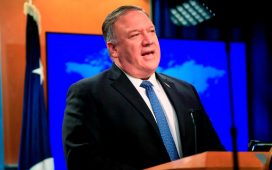 Pompeo: ‘Untrusted’ Chinese apps should be removed from US app stores – CNN 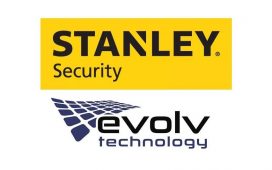