The Ad Council, which was behind the Smokey Bear and “Just Say No” campaigns for the U.S. government, is set to launch a national advertising promotion for postsecondary education and training alternatives to the four-year college degree.

The “groundbreaking” national campaign will be led by the nonprofit Ad Council in “close association” with IBM, Apple and the White House, the council said.

The ads “will shine a light on how young and working adults can develop the skills in demand for today’s job market,” a council spokeswoman said in a written statement, while also seeking to “raise awareness of the wide variety of educational options available, such as coding bootcamps, on-the-job apprenticeships, certifications, associate’s degrees and more.”

The CEOs of Apple and IBM are helping to steer the campaign as part of their role with the White House-convened American Workforce Policy Advisory Board.

The Trump administration created the 27-member task force in 2018. It’s led by Ivanka Trump, the president’s daughter and a senior adviser to the president, and Wilbur Ross, the secretary of the U.S. Department of Commerce.

The board includes leaders from higher education, large corporations, industry associations and policy makers. Its mandate is to provide advice and recommendations “on ways to encourage the private sector and educational institutions to combat the skills crisis by investing in and increasing demand-driven education, training and re-training, including training through apprenticeships and work-based learning opportunities.”

The yearlong, large-scale ad campaign is one of several planned initiatives from the board. They include an effort to encourage more investments by employers in job training, modernize hiring practices, improve the transparency of workforce data and create an inventory of “interoperable learning records” — a public-facing system to manage communication about individuals’ skills and credentials.

The Ad Council campaign, however, appears likely to be the group’s first major public release. It had been slated to begin in January, according to documents on the Commerce Department’s website. The council said the advertisements would be rolled out in coming weeks. They will include ads on broadcast, digital, social media, radio, print and outdoor varieties like billboards and bus stops.

The messages will run nationwide in donated time and space throughout 2020, the council said. “The campaign is funded through a broad coalition model including funding from a number of nonprofit and private organizations,” according to the council.

Advertising agencies are providing significant creative and placement services for the ads pro bono, said Tim Cook, Apple’s CEO, according to minutes and an audio recording from the task force’s December meeting at an Indiana women’s prison.

The campaign’s stated goal is to raise awareness among young Americans about multiple pathways to well-paying jobs. And it will seek to “challenge perceptions that employers only value degreed talent or are only interested in hiring ‘next gen’ employees,” according to task force documents.

At the December meeting, Cook cited changes in how young people and working adults are preparing for jobs in the global economy.

“Once the primary driver of opportunities, the four-year degree is now one of many paths to a successful career,” said Cook. “At Apple, over 50 percent of our employees don’t have classic college degrees.”

Amid a welcome shift in attitudes, he said, businesses, training providers, community colleges, municipal agencies and the armed forces are stepping up to offer more skills and career development opportunities, which often are flexibly priced and delivered.

Yet despite efforts to change the narrative around higher education, Cook said data show the message isn’t getting through. That’s where the Ad Council campaign comes in.

“Too many people who have concluded that college isn’t for them or that they’ll never have what it takes to land the next big job also don’t believe they have alternatives,” he said. “Either they’re unaware of what education and training options exist or they don’t think pursuing them will carry weight with employers. We have to change that perception.”

The Trump administration from the beginning has touted alternatives to the four-year degree, a message that has been carried by the Education Department and other federal agencies.

For example, President Trump two years ago said “vocational schools” would be a better name for community colleges.

As it is with most of this administration’s policy pushes on higher education, Trump’s attempt to emphasize postsecondary options over the four-year degree is a reversal from the Obama administration’s approach.

The previous administration often touted the benefits of attending community colleges. It was probably the most supportive White House in modern history for that sector. For example, Obama proposed $12 billion in new funding for two-year colleges; the U.S. Congress eventually approved $2 billion in workforce development grants for partnerships between community colleges and employers.

Obama also was much more aggressive than Trump in pushing some form of learning and credential attainment after high school.

But some criticized the Obama administration for prioritizing the four-year degree, particularly through his highly publicized goal for 60 percent of young adults to hold at least an associate degree by this year. And that push came amid developing bipartisan worries about rapidly increasing student debt and growing public scrutiny of higher education.

At the same time, employers say they are struggling to hire enough skilled people for jobs in information technology, health care, manufacturing and retail. Many roles in these high-demand fields can be filled by workers without four-year degrees. And a small but growing number of big employers, like Apple and IBM, are requiring fewer of their hires to hold a bachelor’s degree.

Another workforce development challenge, according to a wide range of experts both inside and outside the academy, is that potential students tend to have outdated, inaccurate views about career and vocational fields. Too often people think those jobs are dirty, manual labor roles that don’t pay well.

California, for example, is trying to eliminate the stigma about career and technical education with an advertising campaign begun three years ago. That campaign is part of a broader, $200 million push to expand those programs across the state’s two-year college system.

Yet the looming Ad Council campaign will be attempting to thread the needle on what experts say is a tricky issue.

A large amount of research shows that earning a four-year degree remains the best postsecondary training option for people to make it into the middle class, even amid worries about underemployment and stagnating wage gains for recent graduates of four-year colleges. But students who fail to earn a credential tend to take on risky debt, often without seeing a substantial employment boost from attending college.

Likewise, research has shown that while an overwhelming majority of students who enroll in community college say they eventually want to earn a four-year degree, relatively few ever do. And although many two-year degrees are associated with substantial wage gains, particularly associate of science degrees, labor market payoffs are more mixed for associate of arts degrees and other two-year credentials that are geared toward students who are more likely to transfer to a four-year institution.

A key question is whether the White House-convened task force’s ad campaign can tout alternatives to the four-year degree without turning off prospective students who could benefit from the traditional college pathway.

Whether or not the campaign has a positive impact depends on how it’s designed and who it targets, said Wil Del Pilar, vice president for higher education at the Education Trust.

Prospective students tend not to be aware of their options, he said. And college too often is not designed for everyone. As a result, Del Pilar said a campaign to advise all young Americans about multiple pathways might not be problematic. But it would be if the ads encourage the “tracking” of certain students who could benefit from college into lower-income careers.

“Who gets told that it’s not the right path for them is low-income students and students of color,” he said.

Walter Bumphus, president and CEO of the American Association of Community Colleges, is a member of the task force committee overseeing the campaign, which is chaired by Cook and Ginni Rometty, IBM’s CEO. Other higher education leaders on the committee include Sheree Utash, president of Wichita State University Campus of Applied Science and Technology; Jay Box, president of the Kentucky Community and Technical College System; and Scott Pulsipher, president of Western Governors University.

The Commerce Department has not said how much the Ad Council will spend on the campaign.

However, Cook said the group was receiving “high-profile support” from a wide range of “private-sector businesses, unions, nonprofit organizations, government agencies and education institutions, which are delivering the essential education and training pathway services that this campaign is all about.” 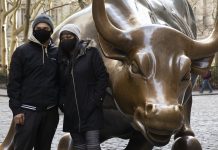 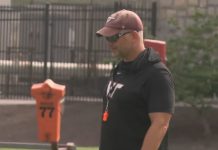 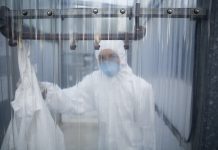 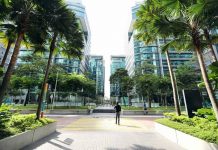 How To Keep Nonprofits Protected, Preserved, And Positioned for Growth