Affordable Covid drugs kept out of reach by sluggish WTO


There is still a long way to go before South Africa and other developing countries can manufacture Covid vaccines and treatments quickly and without paying the huge charges demanded by the big US and European drug companies.

Last week, the World Trade Organization (WTO) announced that the 180-member trade forum had taken a step towards a patent waiver that would allow developing countries to make the drugs they need – including vaccines, tests, and treatments – for as long as five years, without payments to pharma giants such as Pfizer.

The EU, India, South Africa and the US, known as the Quad, claimed to have come to an agreement on the Trade Related Aspects of Intellectual Property (Trips) waiver proposal, with China also expected to vote in favour.

Except the deal only provided for a continuation of Quad negotiations, and on the table at the moment is no more than what was on the table last year.

Max Lawson, co-chair of pressure group People’s Vaccine Alliance, said: “It is a tragedy that it has taken almost two years and millions of deaths to reach this point, and a travesty that the action proposed falls well short of what is needed.”

Health and anti-poverty campaigners say WTO boss Ngozi Okonjo-Iweala, elected last year amid a fanfare of hope and expectation, appears to have provided cover for big pharma rather than pushing for wider access, as she promised.

Ngozi’s supporters say she is playing a long game, though Covid-19 may be a distant memory – and Pfizer shareholders even richer than they are today – by the time this long game plays out. She is understood to be in favour of a full waiver, but progress towards a breakthrough remains elusive, despite official claims to the contrary.

Lawson said the WTO continues to place corporate interests over the needs of global health. “It adds more unnecessary barriers than existed before negotiations began, and failure to act now on treatments and tests is inexcusable.”

EU nations, distracted as they are by the war in Ukraine, want their own big pharma to rival firms in the US.

Which is why, Lawson added, “this is not the Trips waiver supported by over 100 governments. It is not endorsed by any member other than the EU. And it is utterly insufficient for a pandemic that has killed an estimated 20 million people and rising”.

They said the EU had launched a “belligerent blockade of any actual waiver of intellectual property (IP) barriers” and criticised the US for its “insistence that the IP waiver it supports be limited to vaccines”. The EU and US have also required countries to seek authorisation on a product-by-product basis, “meaning no simplified pathway for follow-on manufacturers to produce and enter the market”, they wrote.

The three experts, who support South Africa’s campaign for a full-waiver of all IP and patents on Covid medicines, said the WTO proposals needed to cover lifesaving treatments and diagnostics for Covid-19 because they are a vital part of an arsenal to prevent, treat and contain the virus.

The problems faced by Ramaphosa in seeking to move the sluggish decision-making apparatus at the WTO are compounded by the complexity of vaccine manufacture, which relies on more than just access to patent information. He knows that taking off the table the secrets behind treatments for Covid-19 severely limits the ability of poorer countries’ health systems from tackling further outbreaks of the disease.

The People’s Vaccine Alliance adds that another demand of the EU, that countries wanting to manufacture Covid-19 vaccines must “notify the WTO’s Trips council before exercising any of these rights”, was “akin to putting a target on your back for pressure from nations housing big pharmaceutical companies”.

Why would the EU and US play hardball? Moderna and Pfizer, which uses the German firm Biontech’s IP, will have new vaccines on the market by the autumn – known as “bivalent” vaccines, that address Omicron as well as the other previous incarnations of Covid-19.

German firm CureVac has partnered with Britain’s GSK to make their own version. Lots of other pharma companies are in the hunt.

This means that once again there will soon be new, better drugs for the rich countries, with developing nations at the back of the queue – and still paying top dollar for earlier vaccines less tailored to viral variants and mutations. 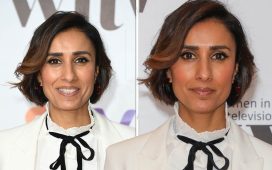 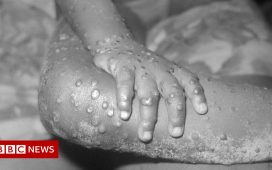