The market remained subdued for most part of the day, but started to build up gains, underpinned by improved global sentiment, while hopes of earnings growth offered a leg-up to sentiment.

Benchmarks Sensex and Nifty gained 0.62 per cent and 0.58 per cent, respectively.

Let’s take a quick look at key movers and shakers of Tuesday’s session:


FSL shares jump 6%
Shares of Firstsource Solutions (FSL) extended winning streak into the third successive session as they jumped 5.66 per cent to Rs 51.30. Billionaire investor Rakesh Jhunjhunwala increased his stake in the business process outsourcing services provider during the March quarter from 2.89 per cent to 3.26 per cent.

Asian Paints shares fall 4%
Shares of Asian Paints fell for the third successive session, closing 3.54 per cent down at Rs 1,443.50. In last three session, the stock has come off by 5 per cent. Global brokerage CLSA has downgraded the stock to ‘Sell’ from ‘Outperform’ while reducing the target price to Rs 1,400 from Rs 1,565. The brokerage has cut the EPS estimate by 2-5 per cent, led by revenue cuts.

TechM logs nominal gains
Tech Mahindra said it would acquire 18.1 per cent stake each in Infotek Software and Systems (ISS) and Vitaran Electronics for a consideration of up to Rs 13 crore. However, news of the company’s stake acquisition failed to cheer market as the stock closed with a nominal gain of 0.24 per cent at Rs 788.95 in an otherwise bullish market.

JSW Steel settles in the green
After trading in the red for most part of the day, the scrip eventually managed to close 0.41 per cent up at Rs 291.85. In a BSE filing on Tuesday, the company said its crude steel production declined 3 per cent to 4.17 million tonnes in March quarter from 4.31 million tonnes in the corresponding quarter in 2018.

IndusInd Bank climbs 1%
A day after the private lender revealed its plans of raising funds, shares of the company closed 0.94 per cent up at Rs 1,768.15. On Monday, the company said in a BSE filing that it was planning to raise around Rs 2,700 crore through medium-term notes programme. 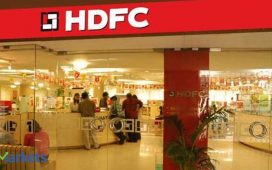 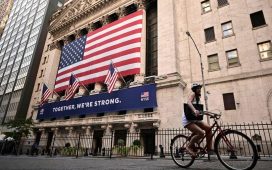