Air France-KLM named Air Canada executive Benjamin Smith as its new boss on Thursday, opting for an outsider to steer the airline group through a fraught stand-off with unions at its French carrier.

Smith, until now the Canadian airline’s chief operating officer, will begin work as Air France-KLM chief executive by the end of September, the company said in a statement.

His appointment, backed by the French government over union objections, fills a management void left by Jean-Marc Janaillac, who stepped down as chairman and CEO in May in the wake of protracted strikes and a staff vote against his final pay offer.

But the 46-year-old aviation and travel industry veteran will have his work cut out to raise productivity at Air France and narrow the gap with leaner European rivals such as British Airways and Lufthansa.

“I am well aware of the competitive challenges the Air France-KLM Group is currently facing, and I am convinced that the airlines’ teams have all the strengths to succeed in the global airline market,” Smith said in the statement.

He becomes the first foreign boss in Air France’s 85-year history, just as it faces a resumption of industrial action that has already wiped $381 million off first-half earnings.

The French government, which commands a 14.3 percent stake in the airline and a larger share of voting rights, had indicated earlier on Thursday that it supported his hiring.

“The choice of candidate should further the defense of our national airline’s interests,” the unions said before the board decision – also invoking a U.S.-led surge in protectionism among reasons why a foreign CEO appointment should be “inconceivable”.

Unions are to discuss another round of strike action on Aug. 27, when Smith’s reported pay package of up to 3.3 million euros – if confirmed – could further fan the flames.

But alliance partners Delta Air Lines and China Eastern, which each hold 8.8 percent of Air France-KLM, argued for a seasoned international aviation executive, people involved in the process have said, rather than another French former civil servant in the mould of Janaillac or his predecessors.

In a departure from precedent, President Emmanuel Macron‘s government backed that stance at the end of an often acrimonious succession process that saw the public withdrawal of French candidate Philippe Capron, the finance chief of utility Veolia Environnement.

“We’ve always said we wanted a leader for Air France with a deep knowledge of aviation,” Le Maire said during a Thursday visit to southwest France.

The Air Canada veteran “meets all the conditions set by the state as shareholder”, the minister added.

In another break with the past, the Air France-KLM and Air France boards will be led by a non-executive chairman rather than the chief executive, the group said, under a governance structure to be announced separately. Interim chairman Anne-Marie Couderc will stay on until Smith’s arrival.

Smith, who speaks French, has a strong track record in labor dealings at Air Canada, where in 2015 he led successful negotiations on a 10-year wage agreement.

After graduating in economics, he began his career at Air Ontario, a regional carrier owned by Air Canada, before leaving in 1993 to found his own travel agency.

After rejoining Canada’s biggest airline nine years later, he oversaw the launch of separately branded low-fare operations and a global network expansion which, combined with the labor deals, cemented its rebound from a 2009 brush with bankruptcy.

“It’s going to be a tough job,” said James Halstead, a consultant at UK-based Aviation Strategy.

“British Airways went through this nearly 20 years ago, Lufthansa … finally came to a reasonable Germanic compromise in the last few years,” he said. “Air France has not been able to do it.” 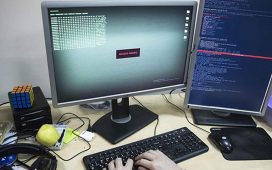 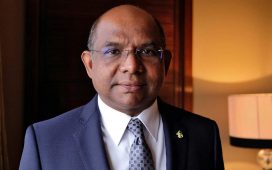 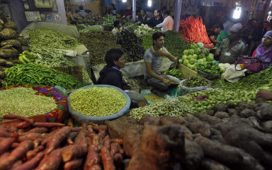