Airports ‘will fail in weeks’ without cash injection for baggage firms, Government warned

Airports will collapse within weeks without emergency funding for the firms that supply baggage handlers and refuel planes, the Government has been warned.

Ground handling firms, which supply 25,000 staff in the UK to manage the most vital airport operations, last week told Transport Minister Kelly Tolhurst they are ‘perilously close to collapse’ and are likely to run out of cash within six weeks.

The UK’s four biggest such companies – Swissport, Menzies Aviation, WFS and Dnata – are understood to have already laid off thousands of staff after suffering a 95 per cent drop in revenues due to 11 partial or full airport closures including Gatwick, Manchester, London City and Teesside International. 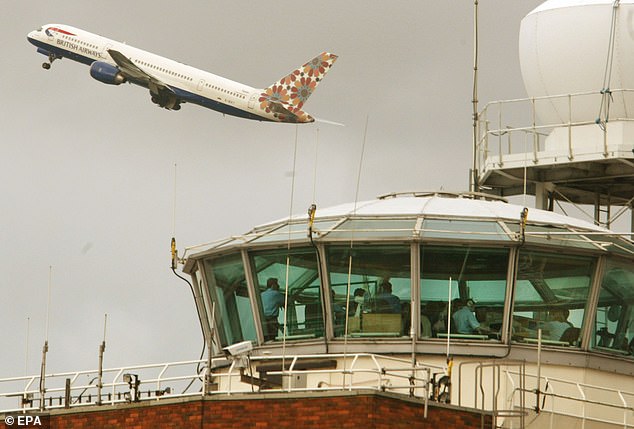 Sources said unless the Treasury steps in with a rescue package the firms will be forced to furlough their entire workforce, meaning they will be categorised as being on temporary absence.

This will leave no ground staff to handle cargo including crucial ventilator components and other critical medical supplies for the NHS. Menzies, which is listed on the FTSE 250, last week laid off half its global workforce.

In a joint letter sent to Tolhurst last week, the bosses of the four big ground handling firms called for emergency support to cover business rates as well as the provision of VAT relief and access to shortterm loans.

The letter, seen by The Mail on Sunday, said: ‘We survive … on a pay-as-you-go model generating revenue on the number of aeroplane turns we support, tons [of goods] we warehouse, and litres of fuel we pump.

‘As 95 per cent of these flights are not arriving, and 70 per cent of our costs are staff, the resultant fall in revenue has driven us into a crisis.’

The correspondence added: ‘If one of us ceases to operate, the impact will be devastating for all of us, leaving the entire UK aviation system unable to function.’ The four firms held talks with the Department for Transport last Friday.

It is understood that the department is lobbying the Treasury for help. The Airport Operators Association, which represents more than 50 airports, also called on the Government for support last week.

In a letter to Chancellor Rishi Sunak and the DfT, the AOA said airports are not eligible for schemes that benefit the retail and hospitality sector and cannot apply for loans from the Bank of England.

The organisation called for six aid measures to help airports stay open – including a holiday from taxes such as business rates and corporation tax, and access to Bank of England loans.

Last week, the Treasury rejected pleas for a bailout from airlines, saying it would consider aid only once all other avenues had been exhausted. It is thought that the major airlines’ failure to put on a united front was a factor in the Government’s decision, with a source describing ‘squabbling’ between rivals Virgin Atlantic and British Airways owner IAG.

The AOA said it was ‘extremely disappointed’ by the Government’s decision to ‘row back’ on its previous commitment to stand by the aviation industry.

One airline insider said the Covid19 travel restrictions will last until at least September. He added: ‘Airlines must be planning for an extended period of disruption before getting back to some sort of new normal.’