After nearly three centuries the Royal Bank of Scotland has its first woman chief executive in Alison Rose.

The choice is the more significant in that she becomes the first female boss of a ‘big four’ high street bank in Britain (Jayne-Anne Gadhia became CEO of Virgin Money in 2007, but that isn’t one of the big four) and a role model for every teller and graduate who decides on a career in finance.

There is a strongly held view that if there had been more women at the top in banking and a less testosterone-fuelled approach, epitomised by Rose’s disgraced forerunner Fred Goodwin, the financial crisis of a decade ago would have been less traumatic. 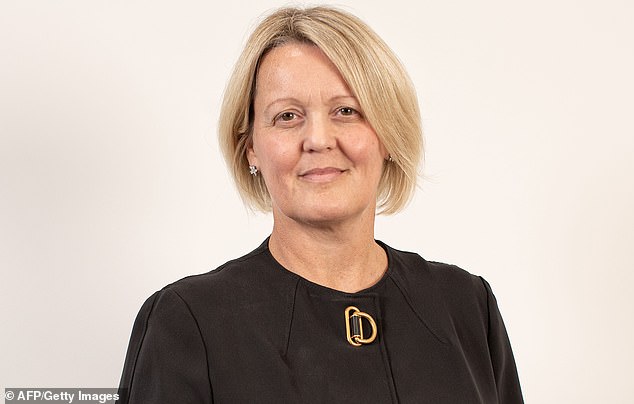 Landmark appointment: Alison Rose has become the new chief executive at Royal Bank of Scotland and the first female boss of a big four high street bank in Britain

Rose was made to wait for her moment as the RBS board headed by Sir Howard Davies conducted a recruitment process which matched her qualities against those of other leading candidates including Ian Stuart, the head of HSBC in the UK.

Nevertheless, RBS remains a bed of nails, whoever is in charge. The bank is still 62.4 per cent-owned by the Government because of the political cowardice of successive Chancellors fearful of selling RBS at a loss and being criticised.

Read More   ALEX BRUMMER: Fake service from Tesco as it seeks to future proof itself

If Labour comes to power it is committed to keeping RBS in public hands and would use its lending capacity to serve the perceived national interest.

In this tricky week for quoted firms this might have meant rescues first for potash miner Sirius Minerals and perhaps Thomas Cook.

It is difficult for RBS to argue against interventions since it would have gone the same way as Lehman Brothers in 2008 were it not for a multi-billion-pound bailout.

Thomas Cook needs £200million and is not the only problem in Rose’s in-tray. RBS inherited Heath-Robinson IT systems from the Goodwin era and meltdowns have been frequent in spite of heavy spending. 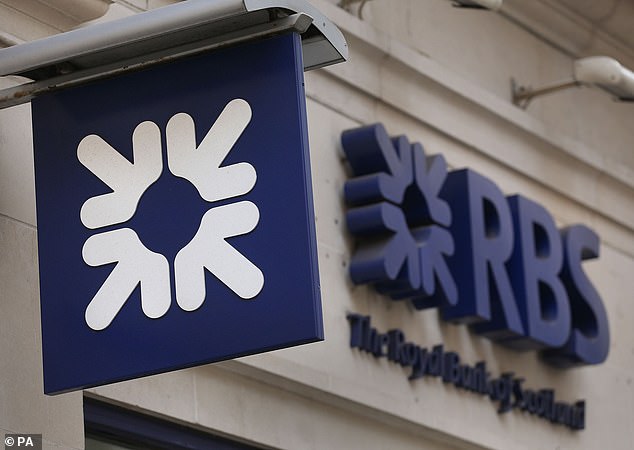 Pressures: RBS remains a bed of nails, whoever is in charge

As with all the banks it faces real challenges from fintech rivals such Monzo and the larger Worldpay, owned by US giant FIS, which are becoming formidable competitors.

As chief executive, Rose will not suffer the soul-destroying discrimination revealed recently in a court case involving a BNP Paribas employee. She is in line for a pay package worth a potential £4.3million, largely in line with McEwan’s.

The bank has taken care to realign her pension contribution with those of the rest of staff at 10 per cent.

She will be the worst-paid of the top executives at the London-quoted banks but that is down to ownership structure rather than some equality horror.

Aside from RBS-specific issues Rose will have to steer the bank through the shoals of Brexit, navigate low interest rates (which stifle bank profit margins) and, potentially, the next downturn. That is quite an agenda.

The overnight disclosure that another woman pioneer, Emma Walmsley, chief executive of Glaxosmithkline, is to take on the role of an independent director at Microsoft is a cause for pause.

Since taking the helm at Glaxo, Walmsley has embarked on a breathtaking series of deals.

She is merging its consumer arm with that of Pfizer, plans a split of the group into consumer health and pharmaceuticals and vaccines, has sold Horlicks to Unilever and spent £4.25billion on buying biotech oncology innovator Tesaro.

She also embarked on an ambitious cost-cutting plan. Nobody can be sure how such rapid financial engineering will work out. But there can be little doubt that it is more than enough to occupy every waking hour.

Being on the board of Microsoft with a market value of $1.1trillion (£763billion), about ten times the size of Glaxo, might look like a feather in her cap.

But it requires attending at least eight board-level sessions a year and ploughing through endless papers.

New chairman Jonathan Symonds should quietly have suggested she stick to the job she is paid well for.

AMID the excitement of the Rugby World Cup in Tokyo, International Trade Secretary Liz Truss squeezed in a get-together with the Japanese economy minister Yasutoshi Nishimura.

He told her that Japan supports the UK signing up to the Trans-Pacific Partnership. All Britain has to do now is free itself from the shackles of Brussels.

Read More   What impact has coronavirus had on the UK car industry?