ALEX BRUMMER: The CMA is picking the wrong fight with Sainsbury's and Asda


ALEX BRUMMER: The CMA is picking the wrong fight with Sainsbury’s and Asda and should climb down from its high horse

Alex Brummer for the Daily Mail

There are excellent reasons to oppose the proposed £14billion supermarket merger of Sainsbury and Asda. It would create a dominant player in the grocery market and cut customer choice.

A merger will not lead to lower prices, except over the short-term, and could destroy jobs and risk, cratering shareholder value because of the complexity of integration.

One only has to look back to the Morrisons deal with Safeway in 2004 to recognise how badly such transactions can turn out.

None of this is relevant to the spat which has broken out between Sainsbury’s-Asda and the Competition and Markets Authority (CMA) which is due to hit the courts next week. 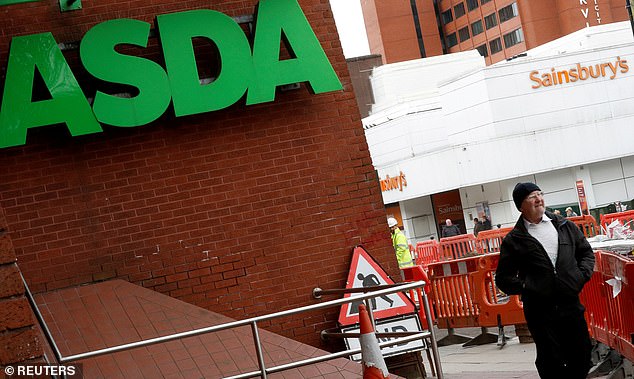 A Sainsbury – Asda merger will not lead to lower prices, except over the short-term, and could destroy jobs and risk, cratering shareholder value because of the complexity of integration

The CMA, chaired by the formidable Andrew Tyrie, is determined that the probe be completed on schedule irrespective of its huge impact on the British public.

As smart as Tyrie was as chairman of the Treasury Select Committee, his nitpicking with the Bank of England over governance hardly compares to a deal which would cede up to one-third of the grocery market to a new colossus with fingers in almost every shopping basket in Britain.

With the Christmas and New Year holidays coming bang in the middle of the CMA deliberations Sainsbury’s, quite reasonably, argued for an extra 11 working days to complete its latest submission to the competition referee, which wants answers to its latest questions by January 4.

The amount of information the CMA is demanding is enormous, covering market data from every postal code in the country.

And it doesn’t just cover food but five categories of merchandise, from fuel sales (where Asda is a price-setter) to clothing and more general merchandise. Running the numbers, so as to provide forensic detail on overlaps and making sure every figure is verifiable, is a mammoth task.

Sainsbury’s-Asda gain no particular advantage in terms of the remedies required to get the merger through by seeking delay.

In fact, quite the opposite. The best way to get deals done is through a blitzkrieg, as we saw when Softbank bought technology champion ARM.

That was done and dusted before the public could be aware of how valuable British research and patents were sold down the river. All that Sainsbury’s-Asda is asking for is an extra 11 days so an army of consultants, auditors, investment bankers and lawyers get it right.

The grocers are having to go to the Competition Appeal Tribunal (itself a time-wasting and costly procedure) to seek a delay. The response of the CMA is finicky and borders on the farcical.

By directly challenging the CMA the supermarkets must be concerned they could alienate members of the panels scrutinising the deal. But after much internal debate and legal advice Sainsbury’s decided it was a battle worth fighting.

Tyrie’s liking of procedure and efficiency is admirable. But grocery and fuel bills are too important a part of ordinary household budgets, especially those of less well-off citizens, to be railroaded. The CMA should climb down from its high horse.

There is much to worry about at Dixons Carphone, including the reluctance of mobile customers to swap their existing smartphones for ever more expensive (but functionally not very different) models.

The most striking number in the electrical group’s first-half results was not the painful cut in the dividend but the £490million write-off of goodwill on Carphone, bought four years ago.

There is a bigger picture here. One of the factors behind the recent stonking loss at Debenhams was the goodwill taken on when it emerged from private equity ownership.

No set of results from Vodafone would be complete without large write-offs of phone systems around the world acquired during its takeover phase.

The prospect of having to make future write-offs of goodwill is among the reasons why most takeovers, including possibly Sainsbury’s-Asda, are value-destructive.

As if France doesn’t have enough trouble with the ‘yellow jacket’ revolution, it is now contending with capitalism at its most ferocious.

Activist investor Elliott Management has grabbed a 2.5 per cent stake in the spirits champion Pernot Ricard and is demanding big changes.

The Pernod family, with 15.9 per cent of shares, has been caught on the back foot. You have to admire Elliott’s cheeky timing.