ALEX BRUMMER: Taking on the digital giants will be like David versus Goliath without an effective slingshot

There is absolutely no question that amid the commercial carnage unleashed by coronavirus, the biggest winners have been the Silicon Valley behemoths.

Lockdown, the tiers system and working from home would have been almost impossible without big-tech. 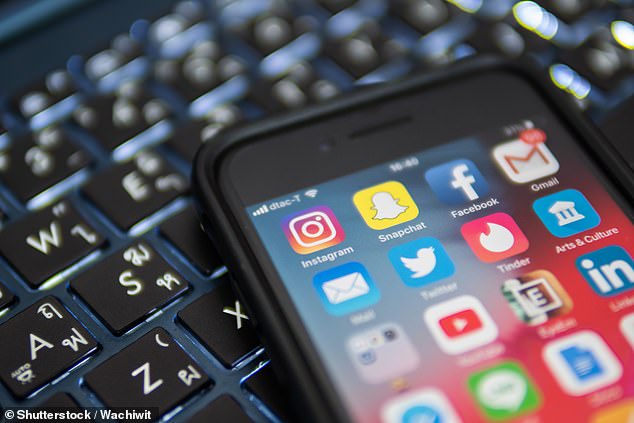 Digital monopolies: Armed with excess profits tech giants like Facebook and Microsoft have been allowed to buy up potential rivals without any regulatory intervention

Amazon has been there for all our shopping needs, Google for all our information needs and Zoom and Microsoft Teams for both our business and social interactions. Facebook kept us in touch with friends and families and Netflix entertained us.

Without the hidden hand of their contribution to economic activity, the loss of global output and the £393.5bn black hole in the public finances might be infinitely worse.

There is no escaping the fact that these companies are unfettered monopolists setting their own terms of trade.

They brook no competition and armed with excess profits have been allowed to buy up potential rivals without any regulatory intervention.

Microsoft paid $26billion (£20billion) for jobs networking site Linkedin in 2014. In the latest such move, one of the newer pandemic champions Slack – widely used everywhere – is being stalked by Salesforce and Microsoft.

Both are anxious to avoid an important workforce tool undermining their market dominance. Salesforce, one of the biggest cloud operators, has been mopping up rivals as if there is no tomorrow.

The willingness of the digital giants to splash the billions is one of the factors which has driven Nasdaq and the Dow Jones to ever dizzier heights.

Instead of allowing a new array of infant tech innovators to take their place in the pantheon, existing players are smothering them at birth, depriving users of choice.

In the last month or so, there have been indications that competition authorities on both sides of the Atlantic have seen enough.

The US Justice Department has begun an anti-trust investigation into Google-owner Alphabet. At the very least there should be restrictions on Google doing mega-deals while the inquiry is under way.

Here in the UK, the Government is putting in place a new technology regulator to try to check the power of the biggest online operators. The idea is to develop a ‘code of conduct’ designed, among other things, to allow market newcomers space to breathe.

The fightback has to start somewhere. But one fears that when dealing with Microsoft et al, firms with multi-trillion valuations, this will be a David versus Goliath challenge without an effective slingshot.

Who would want to be landlord in the pandemic? I was brought up on tales of derring-do in pub land in the Second World War as my maternal grandfather was the landlord at the Rock Inn in Brighton Kemptown.

The cellars served as bomb shelters for the nearby convent, it was a haven for veterans of Dunkirk and the snug never stopped serving in spite of the Germans dumping surplus ordinance as they headed out over the channel.

So one can only have huge sympathy for Wetherspoons founder and chairman Tim Martin over his charge that the tier system is simply ‘lockdown by stealth’.

Martin is being forced to close 366 of his pubs including 315 in England and a further 51 in Scotland and Northern Ireland as a result of the new restrictions.

Supermarkets and off-licences may be rubbing their hands but it is hard to think that home speakeasies will keep to the same social distancing and sanitation rules as licenced and properly supervised venues. Cheers.

Being owned by an overseas bank is no great shakes as successive chief executives of TSB have learned.

Paul Pester fell on his sword after a disastrous IT transition imposed by Spanish owners.

Incumbent Debbie Crosbie, having rebuilt the bank’s reputation and systems, is caught in the crossfire of Spain’s banking consolidation after the on and now off takeover of owner Sabadell by BBVA. It is another undeserved uncertainty in troubled times.

Fill your car up with contactless? Limit could soon be upped to £100

Online grocery shopping took off last year but can it be profitable?