Amazon has quietly released a new voice option for its Alexa smart speakers.

For the first time, users can opt for a male virtual assistant.

The masculine version – which is called ‘Ziggy’ – is currently only available in the US. However, it’s expected Amazon will roll it out globally in the near future.

To change over to Ziggy, anyone with an Amazon Echo speaker can choose the option in the Alexa app.

Alternatively, they can simply say ‘Alexa, change your voice’.

All of the features of the various Echo smart devices will stay the same. But the voice talking back to you will be Ziggy’s slightly-robotic American accent.

In all likelihood, when Ziggy hops over to these shores, he may have the Amercianisms toned down in favour of a more British twang.

The new flagship Echo (£89.99) packs in Zigbee support for controlling your smart devices, along with Dolby-powered sound, while the smaller Echo Dot (£49.99) and Echo Dot with clock (£59.99) offer up more affordable smarts in a more compact size.

There’s also a Kids Edition complete with either a cute panda or tiger design and the Echo Show 10 (£239.99), which has a display attached to a motorised base, which automatically moves to face you as you move around the room, like your own personalised paparazzi.

The whole range features a low power mode, which means each device will be more efficient while using less power.

Alexa (or Ziggy) tricks and hacks

Sure, your Echo device is good for controlling your music, television and… just about everything else in your home, but there’s a whole range of other hacks your Alexa can do.

Here are a few:

Ask Alexa to spell a word

Not a hot speller? No problem! Alexa can help with that. Just say ‘Alexa, how do you spell ….’

You can change the name of your Echo – just tap ‘devices’ at the bottom of the Alexa app and select the ‘wake word’ you’d like to use for your speaker.

It’s sadly not possible to change the wake word to anything of your choosing and you’ll instead have to choose from Amazon’s list, which includes the likes of ‘Echo’ or ‘Computer’.

Use Alexa to find your phone

Say ‘Alexa, find my phone’ to get your device to call your mobile from a withheld number.

Just make sure your phone is verified via the Alexa app when you set it up.

Get Alexa to sing, rap or recite a poem

Not quite a hack, but if you’re looking to wile away some time, try asking your device the following commands:

‘Alexa can you recite a poem’

Set your favourite song as your alarm

Start the day with your favourite song. Simply say ‘Alexa, set an alarm at [time] to [song name].’

Alternatively, you can request her to wake you up with a particular genre or type of music, for example, ‘relaxing music.’

Or heavy metal, if that’s your jam.

Get Alexa to play sleep sounds

If you’re struggling to sleep at night, you can ask Alexa to play relaxing sounds to help you drift off.

You can also ask Alexa to ‘start sheep count’ to help your kids get to the land of nod.


MORE : Danny Wallace on being polite to Alexa, trying VR, and his Nintendo 64


MORE : Jeff Bezos thanks Amazon customers for paying for his space flight 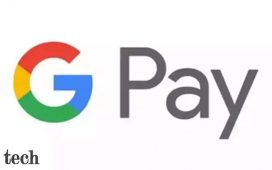 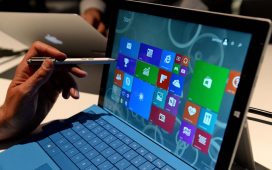