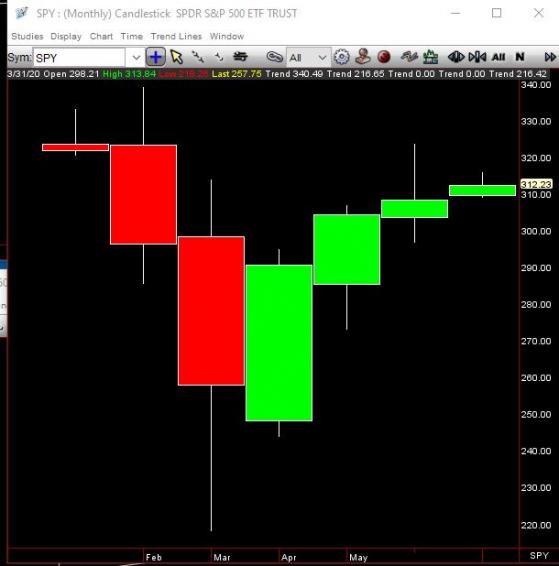 Wait, What?? One of the most common misconceptions in Trading is that “Algorithms are picking Me Off”. Nothing could be further from the truth. Perhaps you’ve had this happen to you. You place a stop order under an obvious pivot, only to be stopped out and have price reverse back the other way. You are a victim of price discovery, not algorithms. Think about it for a second, a program doing that wouldn’t make any money. Selling a stock down only to then reverse and start buying, doesn’t make any sense.

Let’s be clear about what Algorithms are. There are two types of algorithms or what We call “Automated Trading.” The first type is definitely picking you off, but you wouldn’t even notice it. This is called High Frequency Trading. These programs are designed to front run your orders, but for milli-pennies and milliseconds and like I said, you won’t even notice it.

The second type is simply algorithmic trading where a program is executing orders instead of a human. This second type is your best friend. You may have heard some struggling traders say, “Just do the opposite of my trades and you’ll make money.” This is not true. The opposite of losing trades is not winning trades, it’s not trading at all. Otherwise, We could just build losing programs and then tell the program to do the opposite. I’ve got news for you, it would still lose. So how can ee use algorithms in our favor you ask?

For macro purposes, I start with yearly and quarterly charts. However, we mostly use these four openings as our benchmarks for price. Monthly, weekly, daily, and 60 minute. By using multiple time frames, We can identify different participation groups by price and time, thus multiple algorithms on the knowledge that 70% or more of executed trades are automated ones.

In order to separate the groups, We need a sequence of time to pass. We prefer to have 4 separate opening times for each to identify the specific groups. It doesn’t mean We don’t trade until We have them, it means we gain more information when we do. Here’s what I mean by that. On any given Monday, the opening of the day, week, and 60 minute are all the same for the first hour. After the first hour, the 60 minute has a new opening price, while the daily and weekly stay the same all day.

On Tuesday, the daily uncouples from the weekly by having a seperate opening. The second hour on Tuesday we call “The Uncoupling”, Where we finally have four separate openings for the monthly, weekly, daily, and 60 minute groups. However, If a new month starts on a weekend, this does not occur until the second hour of the second Tuesday as the weekly and monthly stay the same all week.

So how does this help us pick up on algorithmic programs? Very simple if we revert back to what they need to program. Let’s use SPY as an example. If the price is trading higher than the 4 separate openings, here’s what programs were told to do. Trade SPY, BUY by taking the offer, do it NOW. There’s no other explanation , this MUST be occurring. Understanding this information helps put us in the right place at the right time because it has to.

With 2020 being a challenging trading year for some, all you need to do is line up what I just told you and you’ll see how it not only has kept you out of a lot of trouble, but put you in the strongest names as well. In February, SPY opened at $323.25. So anytime that month below that number when the week, day, and 60 minute were red, those bots were hitting bids.

In March, SPY opened at $298.21. Same deal. The other issues there was the macro openings. Below $323.58, SPY was red on the quarter and year. All of this set into motion above the 200 day moving average, mind you. Then just like I explained about uncoupling in 4 major time frames, come April, you’ve got a new quarterly opening.

SPY opened the new quarter and month of April at $247.98. This was well below the 200 day moving average and yet the beginning of one of the biggest quarterly point gains in decades if not ever.

Knowing this information would have also kept you out of trouble if not also getting short things like airlines, Cruise lines , and trying to pick a million bottoms in Boeing (NYSE:).

Since we know the programs are buying aggressively by taking the offer when all time frames are above their respective opening prices, this also enables us to track down the very aggressive programs. Once the second quarter began, All you needed to do was go after anything staying or going green on the year from the opening. For instance, SHOP opened in April at $400. It opened up for the year at $402.58. So any time in April when the monthly, weekly, daily, and 60 minute were green above 402.58, everything was signaling more upside.

SHOP is at $1029.97 as I write this. So when all time frames are green except the 60 minute, We circle like hawks waiting form the 60 minute candle to see if the programs turn back on again. You will see them turn on and off, now that you know what to look for.

To make it even easier, all you had to do was mind names that actually went up during the March meltdown. Specifically, ZM and TDOC. ZM was already screaming higher in the first quarter after opening the year and quarter at $68.80. Then after opening at $144.80 in April to start the second quarter, any time above that when the monthly, weekly, daily, and 60 minute were green, very aggressive algorithmic buying.

These are just a couple but if you look at all the big movers to the upside this year, You’ll see how they lined up similarly. MELI, QDEL , COUP, NFLX, AMZN, SPOT, DOCU just to name a few more.

Let’s take one more look at one of the most controversial names, Tesla (: TSLA)! In March, TSLA took a beating with the market. However, TSLA you’ll recall had a monster January to start off the year. So, TSLA opened the year at $424.50.

Then as the new quarter and month began in April, it opened at $504. Still well above it’s yearly opening and for the second quarter any time it was over $504 and the monthly, weekly, daily, and 60 were green.

SEE you robots! So now that you KNOW, think about what they are doing, automated algorithms become your best friends as they do all the heavy lifting for you!

Rob has been trading for over 30 years. He was a member of the Chicago Stock Exchange for 16 years where he was an OTC and Listed Specialist , Independent Trader, and research analyst for several firms. For the past 8 years He has been teaching his methodology and you can follow him on YouTube at or Twitter (NYSE:)