Alibaba to raise up to $12.9bn in Hong Kong listing


Alibaba is set to raise as much as $12.9bn in its secondary listing in Hong Kong, pricing its shares at a slight discount to those traded in New York in what will be the world’s biggest equity raising this year.

The Chinese technology group has provided guidance to institutional investors that it will sell shares at HK$176 ($22.48) each, according to three people familiar with the matter. That represents a 2.9 per cent discount to the closing price of Alibaba’s New York-listed American Depositary Receipts on Tuesday.

The shares will list in Hong Kong on November 26 under the ticker 9988 — numbers that are auspicious in Chinese culture.

At that price, the deal would raise HK$88bn ($11.3bn). That amount could rise to $12.9bn if bankers exercise a “green shoe” option to sell an additional 15 per cent of shares to investors. Alibaba’s bankers indicated last week they were looking to raise as much as $13.4bn.

Investor demand was sufficient to cover the books multiple times over, according to one of the people familiar with the matter, with strong interest from sovereign wealth funds and institutional investors in Asia.

Alibaba has said its new Hong Kong shares will be fully exchangeable with its US ADRs at a ratio of eight shares per ADR.

Analysts have said Alibaba’s decision to proceed with the listing despite nearly six months of increasingly violent political unrest represents a message of support from Beijing for the city’s status as an international finance hub. The listing could also boost earnings for the Hong Kong stock exchange, whose profits recently fell at their fastest rate in three years as listings fees dwindled.

Alibaba had said previously it planned to use the proceeds to fund the expansion of its online consumer services platforms including food delivery group Ele.me, online travel portal Fliggy and digital media platform Youku.

It will also pour more money into machine learning and cloud computing technologies.

In its most recent quarter, revenue rose 40 per cent and net profit tripled, blowing past analyst estimates.

Alibaba, which raised $25bn in the world’s biggest initial public offering when it listed in New York five years ago, had sought to cash in on positive momentum after it raked in a record $38bn last week during Singles’ Day, its annual shopping extravaganza.

The group originally aimed to raise as much as $20bn when it filed for the listing in June, before plans stalled due to the political upheaval in Hong Kong. Despite its reduced size, however, it easily tops the $8bn raised by Uber in New York in May and the $5bn share sale by Anheuser-Busch InBev’s Asia-Pacific unit in the city in September.

Credit Suisse and Chinese state-owned investment bank CICC are co-sponsors on the deal. 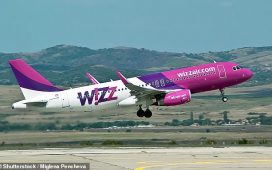 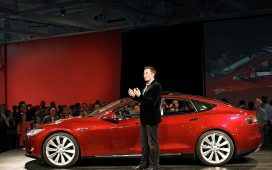 Tesla races past Toyota to world's most valuable carmaker 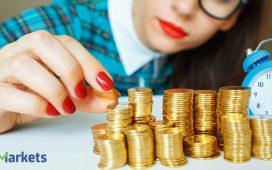 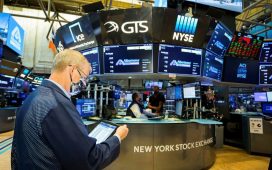 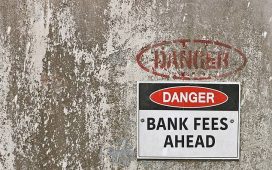