Apple has given the iPhone its yearly refresh, as long as announcing a few new hardware upgrades at an event in California.

Over the course of a couple of hours, Apple execs got up on stage and talked through the new gadgets. We sat through the whole thing so you didn’t have to.

Here’s everything you need to know from the event.

To be released in three different sizes, the iPhone 11’s big focus is ensuring better photography.

The entry-level iPhone 11 comes with a 6.1-inch Liquid Retina display and a new dual rear camera system that contains a wide-angle and ultra-wide angle lens.

It also contains Apple’s new A13 Bionic chip, which uses machine learning to help stitch together better images from a number of different shots, as well as better optimisation for battery life and general phone performance.

Split into a 5.8-inch and 6.5-inch screen version, the Pro is Apple’s new top-of-the-line device.

That display is the new OLED Super Retina XDR display, which Apple says is the best they have ever put on an iPhone.

Another step up from the standard 11 is that both the Pro and the larger Pro Max have triple rear camera systems – including an additional telephoto lens.

It also houses the A13 Bionic chip, which Apple says can optimise the battery to the extent users get up to five hours extra battery life from their device as well as a performance boost.

Much the same in terms of look and design, the biggest change to the new Apple Watch is the introduction of an Always On display.

It means a dimmed version of the display remains on at all times, enabling users to check screen information and notifications without needing to raise their wrist to “wake” the display.

A number of new watch faces are being launched to take advantage of the new light and dark versions of the Always On screen.

Elsewhere, the devices have been given a built-in compass for the first time, as well as the ability to make emergency calls internationally from the Watch – also a first.

An aluminium and ceramic version will also join the Watch line-up when it goes on sale on Sepember 20, starting at £399.

Apple’s base-level iPad has been given a major update, with an increase in screen size from 9.7 to 10.2-inches.

It is also boosted by the introduction of Apple Pencil and Smart Keyboard connectivity support for the first time.

The updated device will cost £349.

Apple TV+, which was first announced earlier this year, will go live in more than 100 countries including the UK on November 1.

The platform, which will cost £4.99 a month, has caught the attention because of the number of high-profile stars confirmed to be working on original content for the platform – including Steven Spielberg, Oprah Winfrey, Jason Momoa and Jennifer Aniston.

The confirmed monthly price for Apple’s service also makes it cheaper than both Netflix and Amazon Prime – two of the current market leaders in original content and streaming.

Following the success of the Apple Music streaming service, the company has been placing an increased focus on the services aspects of its business, as iPhone sales have declined.
Apple also announced that from Tuesday, anyone who buys an Apple device will be given a year of Apple TV+ for free.

‘With Apple TV+, we are presenting all-original stories from the best, brightest and most creative minds, and we know viewers will find their new favourite show or movie on our service,’ Apple head of worldwide video Zack Van Amburg said.

‘Each Apple TV+ original offers its own unique story, fresh perspective and powerful message – all meant to entertain, connect and inspire cultural conversations.’

The service will include original shows such as See, a future-set drama starring Momoa where a virus has rendered the human population blind, which was shown off for the first time during Apple’s live event. 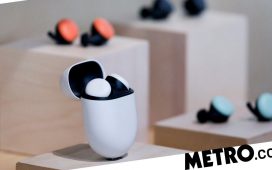 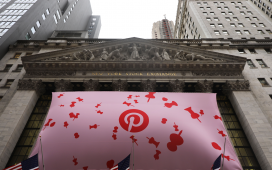 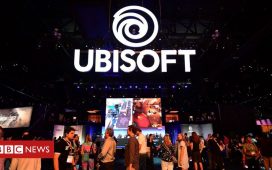 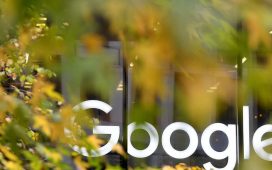