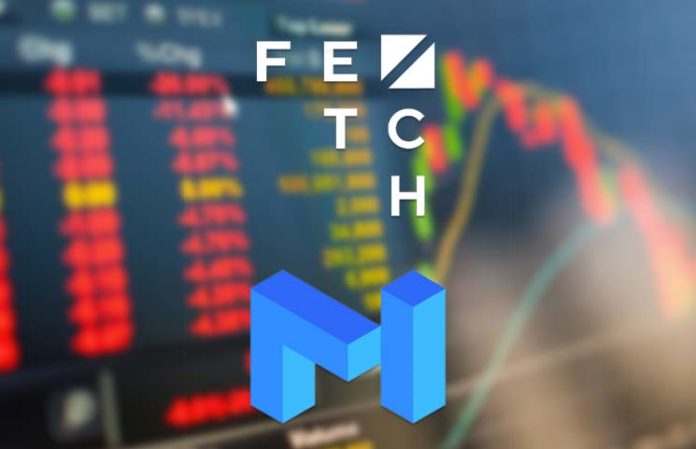 The investors of Fetch and Matic are facing the hard truth as their golden tokens crash. The two tokens have been Binance backed projects, and in 2019 they have been able to boast high returns on the coin, but all this came to an end in a bloodbath of losses.

The Matic is the new initial exchange offering (IE0) for Binance, one that has been able to make plenty of headlines due to the astronomical growth in the token price.

It was recorded that the price of the token has increased by more than 1,200%, all this in just under two weeks. All this happened when Binance endorsed the coin.

It is a clear picture of the kind of power the Malta-based exchange has when we talk about pumping new projects. From the trading volume that was recorded, Binance was responsible for about 99% of it.

To add some icing to the cake, Malta had also gone ahead to secure funding from the Coinbase Ventures in April. Once the coin was able to ramp up support from these two giants I the market it looked invincible.

According to the data that was gathered by CoinMarketCap, the price of the token plunged by about 45% in just a day. One that has been recorded as the most significant drop in the crypto space. To paint the picture clearer for you, take you have invested $1,000 in the coin. With the fall you should expect to lose about $450.

But this is not all as the investors of Fetch underwent the same price drop, this is after it was caught up with the FOMO craze. It had reached its ATH of about $0.32; the price dropped by approximately 39.78% to amounts of $0.19. For the investors who had both coins, it seems it is a sad long day for them.

Are ICOs in Nigeria a fraud or the market it just too volatile? – Techpoint.ng