Score one for the little guy.

Little known technology company Everbridge, Inc. (EVBG) is on a tear, and the ever-imposing tech behemoths Amazon.com (AMZN) and Microsoft (MSFT) aren’t going to ruin that says CEO Jaime Ellertson. Everbridge, one of the only players in its very niche sub-space of Saas (software-as-a-service), provides software to people, businesses, and governments that protects those parties from public and internet threats, warns of natural disasters, and enables fast and real-time communication during such emergencies.

Everbridge has seen its stock skyrocket more than 115% over the past year. The stock has more than tripled since a Sept. 2016 initial public offering.

“They could (step into Everbridge’s sub-space), but they’ve opted not to,” Ellertson tells TheStreet of the lingering presence of Amazon and Microsoft. Those two companies could conceivably invest in the space, acknowledges Ellertson, but they can’t be in every business and dominate them. And even if the two wanted to enter Everbridge’s space, it wouldn’t be so easy.

“It’s not just building the technology,” he said. “It’s building the infrastructure and the team to asses risk and then enable communication.”

“Both of those guys happen to be pretty significant customers to us,” he added. Everbridge also counts social media king Facebook (FB) and red-hot chip maker Nvidia (NVDA) as customers.

The nuanced market positioning of Everbridge once again showed up in the second quarter.

Everbridge beat Wall Street’s sales and profit estimates for the eighth straight quarter on Monday. The $1.3 billion market cap company reported second-quarter revenue of $35.8 million, a 43% year-over-year increase, beating analyst estimates of $34.2 million. Loss per share came in at $0.18, better than the estimated $0.22 a share.

Why Jim Cramer’s Action Alerts PLUS is bullish on Amazon, Microsoft, Nvidia and Facebook. 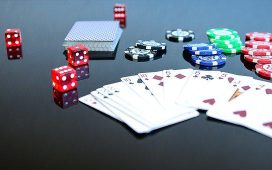 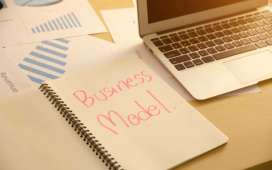 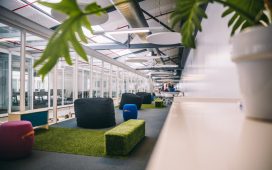