The domestic stock market on Monday showed early signs of a possible breakout from its consolidation range. And Nifty futures on Singapore traded 78 points lower this morning, signalling a weak start for Dalal Street.

As you head for the day’s trade, here is a compilation of overnight analyst calls on various stocks.

Nomura has maintained reduce rating on
CEAT but revised up target price to Rs 936 from Rs 856. High capex and rising debt is likely to keep earnings growth subdued, said Nomura. CEAT trades at around 8.2 times FY21 EV/ EBITDA, which is expensive, given return on equity of only around 8 per cent in FY20-22 which is below the cost of equity, said Nomura. Shares of CEAT ended down 0.9 per cent at Rs 1,004.20 on Friday.

Jefferies has maintained buy rating on
Supreme Industries and raised target price to Rs 1,530 from Rs 1,520. The brokerage has raised FY20 EPS estimate by around 3 per cent. Multiple government initiatives such as boost to affordable housing, sanitation and “Nal Se Jal” Scheme could boost demand for plastic pipes, auguring well for Supreme Industries’ business, it being the market leader in PVC pipes in India, with pan-India manufacturing, 7,000 plus SKUs in Pipes and entrenched distribution, said Jefferies. Shares of Supreme Industries ended flat at Rs 1,321.35 on Friday.

Motilal Oswal has maintained buy rating on
Bank of Baroda and lowered target price to Rs 115. Bank of Baroda reported weak December quarter result led by higher provisions and elevated slippages as it addressed the RBI divergence and recognized select large corporate accounts as NPLs (including DHFL), said Motilal Oswal. The appointment of Sanjiv Chadha as the new MD & CEO removes an overhang, however, outstanding watchlist and SMA-2 assets in a slowing economy remain a concern, said Motilal Oswal.

CLSA has maintained sell rating on
Biocon with a target price of Rs 220. The company’s third quarter result was operationally in line with estimates but a higher tax rate led to a 10 per cent miss on reported profits, said CLSA. Rising competition and strong innovator defence strategies remain a concern and may lead to only a gradual pickup in market share, said CLSA. This could lead to disappointments and poses a downside risk to consensus earnings estimates, said CLSA. Shares of Biocon ended up 0.08 per cent at Rs 294.45 on Friday.

Motilal Oswal has maintained buy rating on
JSW Steel with a target price of Rs 320. Prices have recovered sharply over the past two months, strengthening the margin outlook, said Motilal Oswal. The brokerage estimates EBITDA/tonne to improve around 50 per cent sequentially to Rs 9,000 in fourth quarter of FY20. The brokerage has cut its estimate marginally for FY21 to factor in the delay in the commissioning of the Dolvi plant. Shares of JSW Steel ended up 2 per cent at Rs 271.95 on Friday. 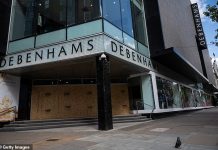 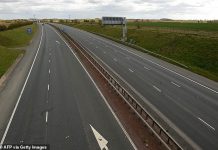 Speeding motorists taking advantage of deserted roads since the lockdown 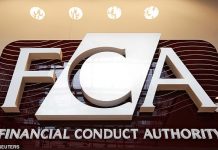 What will today's new FCA debt measures mean for you?

Corporate raider Edward Bramson demands a vote on his plans to grab a seat...