Taking a look back at seven days of news and headlines across the world of Android, this week’s Android Circuit includes the new Galaxy Note 10 camera, a faster feature for the Galaxy S11, a faster Android gaming phone, Huawei’s Folding Mate X is ready, the Nokia 8.2 leaks, and are Android security updates important?

It looks like Samsung will be leaning on photography and imaging to push the Galaxy Note 10 when it is launched on August 7th. Two new names (AI-ISO and Smart ISO) have been trademarked in the UK suggesting more automatic and machine learning in the camera app. I reported on the filings earlier this week.

While there are no details on the techniques that will be applied by the South Korean manufacturer, the names suggest a boost to the automata mode favoured by casual users of the camera on their smartphones. Setting the ISO speed given the prevalent lighting conditions and subject matter. This should boost the low-light ability of the Note 10, and offer clearer pictures in daylight.

Galaxy S11 Gets A Speedy Boost

The Galaxy Note 10 is going to be missing a number of new features – purely down to the August timing of the launch. It’s already going to miss out on the SnapDragon 865, relying instead on the mature SnapDragon 855 and 855+. It now transpires that Samsung’s faster LPDDR5 RAM will not be available for the Note 10 family. Instead you’ll have to wait for the Galaxy S11 next year. Gordon Kelly reports:

Samsung has announced the mass production of new LPDDR5 smartphone memory which is 30% faster and 30% more efficient than anything on the market. It even goes on sale a month before the Galaxy Note 10 launches. The problem? It won’t be inside the Note 10.

The ever-reliable WinFuture reveals Samsung’s new RAM is incompatible Qualcomm’s Snapdragon 855 and 855+ chipsets (the Note 10 is expected to use the former) and is instead designed for the 865 which is headed for the Galaxy S11. A smartphone already being teased as “a new beginning” for Samsung.

Speeding Up Your Gaming Phone

Expect a number of Android devices to be launched over the next weeks ahead of OFC in Berlin (and the iPhone launch in mid-September). This week’s highlight in the handset launches is the Asus ROG Phone 2. Focusing on the ‘gamer phone’ market, it offers the first 120Hz AMOLED screen on a smartphone, the SnapDragon 855 Plus paired with 12GB of RAM and 512GB of storage, and a fast charging 6000 mAh battery. Mishaal Rahman reports on the first benchmarks:

ASUS shared some initial benchmarks with us, and the results are certainly impressive. In 3DMark’s Sling Shot Extreme and Sling Shot Extreme Unlimited (both based on OpenGL ES 3.1), the ROG Phone II scored 6253 and 6939 respectively while the closest competitor, the OnePlus 7 Pro, scored 5579 and 6184 respectively. In CPU Throttling Test, the ROG Phone ran for 30 minutes at the maximum frequency (2.96GHz) with no throttling while the Exynos 9820 and Snapdragon 855 Samsung Galaxy S10+ and OnePlus 7 Pro all exhibited varying degrees of CPU throttling (27%, 17%, and 11% respectively.) Lastly, using GameBench, ASUS says the ROG Phone II maintained 98% fps stability in PUBG Mobile while throwing smoke grenades and Molotov cocktails for 5 minutes in the game’s training mode.

As the world waits for Huawei’s Mate X folding smartphone that was demonstrated at MWC, there were some hints around the retail models this week, thanks to a listing by China’s TENAA certification board. The Chinese manufacturer is preparing a foldable 8-inch panel, a 4400 mAh battery, and a price that is expected to start at €2,299 (around $2500). Aaron Brown has the details, including a number of variants:

Finally, the listing confirms that there will be a 5G variant of the Mate X, as Huawei had discussed during its briefing back in February. There will also be three configurations for the pliable handset: 6GB + 128GB, 8GB + 256GB, and 12GB + 512GB. Additional storage can be added via microSD.

Will the upcoming Nokia 8.2 dispense with the notch and move towards a ‘pop-up’ selfie camera when it is launched later this year? That’s the intriguing prospect suggested by noted tipster Ishan Agarwal:

An Unconfirmed Source has told me that Nokia 8.2 will be Nokia’s first smartphone with a 32MP Pop-Up Selfie Camera. It will also feature Android Q and 8GB+256GB Storage Configuration.

Running with a pop-up camera is seen by some as a double-edged sword. It keeps the Nokia branded flagships in touch with current trends, but also suggests HMD Global is doing little more than following current trends – perhaps some have forgotten the Nokia 9 PureView? Anyway, Marin Ordulj looks at this argument:

I’d love to see a Nokia device with a pop-up camera. To have a Pop-Up camera is a must nowadays, especially after OnePlus (headline photo) showed it to be a nice solution for creating the all-screen front surface on smartphones. But, if all turns out to be true, it will show that HMD is just a mear follower of the trends and can’t do anything by himself. Also, it could mean that HMD can’t find some serious investment to run true R&D, so the only way to go further is to follow trends. What do you think?

More on this at NokiaMob.

How important are software and security updates to users when they are making purchasing decisions. Yes, they are important for the ecosystem, and yes, manufacturers are keen to point out long term support, but does it have an impact on sales? There’s been a delightfully robust discussion about this over on Reddit this week, started by u/icru3l:

I’ve always seen this mentionned: get the new phone, it will get 2 years of updates. Or, don’t get a 2 year old phone, it won’t get any more updates and will be obsolete. I don’t understand the reasoning because a phone doesn’t become obsolete once it stops receiving updates. Sure, it won’t have the latest and greatest but I could still use my first android phone ever, the LG P500h, today even though it hasn’t been updated in years. My girlfriend was still using her iphone 6 until recently.

I’m trying to see where this concept comes from. 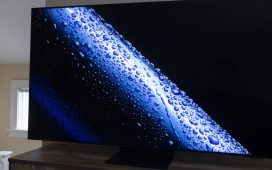