Animal spirits are back in India’s Startup Inc

BENGALURU: India’s startup ecosystem is witnessing a financing boom, which is likely to pick up further in the second half of the year as investors from around the world are rushing in. They are backing a new crop of entrepreneurs building businesses in areas like urban mobility, social commerce, financial technology and software services.

With the abundance of capital, startups are seeing their valuations jump four-five times in a few months, raising concerns if entrepreneurs will flip to preferring growth at all costs over building viable business models, according to about a dozen venture capital investors and entrepreneurs TOI spoke to.

Total money poured into startups increased by 31% to $4.7 billion in the first six months of 2019 as compared to the same period in the previous year, even as the total number of deals fell by 23% to 381 transactions, according to data from Tracxn.

The numbers had reached a record high in 2017 at $5.6 billion, but at that time just two companies — Flipkart and Paytm — had raised $1.4 billion each, accounting for half the capital. Such mega deals have not been closed in the first half of 2019, with the largest deal being $413 million raised by tech-led logistics player Delhivery, underlining the boom is more broad-based with high activity in mid to late stages.

“In general, this is relatively an even more bullish market as compared to 2014-15, with investors putting a lot of money in several themes. What is different is growth rounds across series B and C are also quite prolific, driven by the increasing interest of private equity and Chinese investors in the India venture capital (VC) ecosystem,” said Aakash Goel, partner at venture debt firm Trifecta Capital.

Startups, even the ones which are growing very fast, typically raise capital once a year. But the number of startups that are raising capital two-three times within a span of 12 months and seeing their valuations multiply is now rising. Activity at the early stage is also increasing, led by Sequoia Capital India launching incubation and accelerator programme Surge, which will have two batches every year.

While one of the big trigger events for the capital rush in 2014 was the mega public offering of Chinese ecommerce giant Alibaba, the liquidity driver for global investors this time is a slew of technology IPOs this year in the US. These include ridehailing major Uber and Lyft, besides the highly successful listing of enterprise product players Zoom and Slack.

“Consumer tech in China is slowing down because of both growth and new opportunities, so they want to invest outside. On the other hand, in India, most of the value creation in tech and consumer sectors still lies ahead of us. This, combined with a strong and stable government, is resulting in an increase in supply of capital,” said Mukul Arora, MD at SAIF Partners.

As some of India’s largest internet companies like Flipkart complete over a decade, executives who have relevant experience of scaling fast have also emerged to start their own businesses, which investors say has changed the profile of founders.

“More than half our recent investments are in entrepreneurs who have got significant operating experience in startups and are in their early 30s. Till a few years ago, we were primarily backing young graduates recently out of college because the number of experienced founders was very limited,” said Tarun Davda, MD at Matrix Partners India.

But the influx of mid- to late-stage capital may have a downside as well. “Earlier, when a Tiger Global invested $20 million in a startup, it used to deter VCs from backing other players in the same market. But now there are multiple companies in the same segment who are able to raise $50-100 million in funding,” said a VC investor on the condition of anonymity.

What if the outflow from equity funds in July sustains? 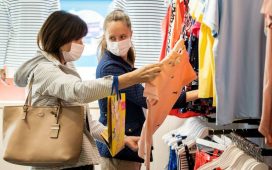 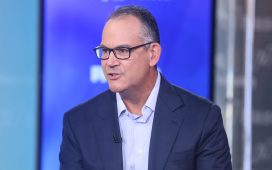