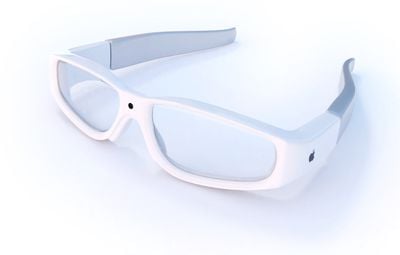 We predict that the structured light of the AR/MR headset can detect not only the position change of the user or other people’s hand and object in front of the user’s eyes but also the dynamic detail change of the hand (just like the iPhone’s Face ID/structured light/Animoji can detect user’s dynamic expression change). Capturing the details of hand movement can provide a more intuitive and vivid human-machine UI (for example, detecting the user’s hand from a clenched fist to open and the balloon [image] in hand flying away).

Kuo describes the ability for the headset to detect both hand gestures and movements to provide the user with an immersive experience where the user could open their hand to let go of a virtual balloon.

In order to accomplish this impressive feat, Apple is expected to incorporate four sets of 3D sensors which are of higher quality and specifications than the current iPhones. Kuo sees the quality of this human-machine user interface as the key to the success of Apple’s upcoming AR headset. According to Kuo, these interface abilities include gesture control, object detection, as well as eye tracking, iris recognition, voice control, skin detection, expression detection, and spatial detection.

Earlier this year, Patently Apple pointed out a patent application from Apple which details this same concept.

That patient is titled “Devices, Methods, and Graphical User Interfaces for Interacting with Three-Dimensional Environments”.

Apple is planning to replace the iPhone with an augmented reality (AR) headset in 10 years, a process that is apparently due to start as soon as next year with the launch of a head-mounted device, according to a recent report. Concept render of Apple’s rumored AR headset by Antonio De Rosa In a note to investors seen by MacRumors, eminent analyst Ming-Chi Kuo explained that “Apple’s goal is…

Apple’s long-rumored augmented reality (AR) headset project is set to bear its first fruit late next year with the launch of the first device carrying a pair of processors to support its high-end capabilities, according to a new research report from noted analyst Ming-Chi Kuo seen by MacRumors. According to Kuo, the higher-end main processor is said to be similar to the M1 chip Apple…

Apple’s development of its rumored augmented reality (AR) headset is beginning to mirror the period before the launch of the Apple Watch, according to Morgan Stanley analysts. In a note to investors, seen by Investor’s Business Daily, Morgan Stanley analysts explained that after years of building expertise and a number of setbacks, Apple’s long-awaited AR headset is “approaching liftoff.”…

Kuo: Mass Production on Apple’s AR/VR Headset May Be Delayed Until End of 2022

Apple may not begin production on its upcoming AR/VR headset until the end of the fourth quarter of 2022, Apple analyst Ming-Chi Kuo said today in a note sent out to investors. That would likely result in the device launching late in 2022 or in early 2023. Before launching the headset, Apple wants to have “complete software, ecosystem, and services,” which Kuo cites as the reason why Apple …

Apple is looking to create an “entirely new application paradigm” for augmented and virtual reality according to a new job listing, highlighting the company’s growing ambitions in the AR and VR space as it ramps up the development of its next-generation products. The job posting initially shared by Hayden Lee, an AR/VR software engineering manager at Apple, describes Apple as looking for an …

Apple CEO Tim Cook “secretly” signed an agreement worth more than $275 billion with Chinese officials, promising that Apple would help to develop China’s economy and technological capabilities, The Information reports. In an extensive paywalled report based on interviews and purported internal Apple documents, The Information revealed that Tim Cook personally forged a five-year agreement…

Apple is working on five new Macs for launch in 2022, including a new version of the entry-level MacBook Pro, according to Bloomberg’s Mark Gurman. In the latest edition of his “Power On” newsletter, Gurman said that he expects Apple to launch five new Macs in 2022, including: A high-end iMac with Apple silicon to sit above the 24-inch iMac in the lineup A significant MacBook Air…

With the launch of iOS 15.2, Apple is adding a new “Parts and Service History” section to the Settings app that will let users see the service history of their iPhones and confirm that components used for repairs are genuine. As outlined in a new support document, iPhone users who have iOS 15.2 or later installed can go to Settings > General > About to access Parts and Service History. The…

Apple today provided the release candidate version of iOS 15.2 to developers for testing purposes, and in the release notes, Apple says that the new Apple Music Voice Plan is set to launch alongside the update. Introduced in October, the Voice Plan is a new tier for Apple Music that is priced more affordably than a standard Apple Music plan. It’s $4.99 instead of $9.99, and is designed…

macOS Monterey 12.1, which is set to be released to the public in the near future, addresses several significant bugs that Mac users have been complaining about for weeks. According to Apple’s release notes, it fixes a bug that could cause the trackpad to become unresponsive to taps or clicks. We reported on the Tap to Click bug earlier this month after receiving dozens of complaints from Mac…

The SD card reader slot on the new 14 and 16-inch MacBook Pro models is not functioning as expected with some SD cards, according to multiple reports on the MacRumors forums. In a long complaint thread, MacRumors readers have detailed the issues that they’re having with some SD cards, and there seems to be little consistency between reports and affected SD cards. Some SD cards crash and…

Razer today announced the launch of the Razer Phone Cooler Chroma, a MagSafe-compatible fan that’s designed to attach to the back of an iPhone. While there’s a MagSafe version for the iPhone 12 and 13 models, there’s also a second version with a clamp design that’s meant for Android phones and that would also work with non-MagSafe iPhones. Razer says that the Phone Cooler Chroma has a…