Instead of focusing on Siri, its voice-activated virtual assistant, Apple created a high-end speaker with a crisp sound and a hefty price tag. It was a miscalculation. With Amazon’s Echo selling for around $99, consumers saw little reason to spend $349 for a HomePod.

As a result, HomePod captured just 4.7% of the global smart speaker market last year, according to Strategy Analytics. Apple shipped 2.6 million units during the last three months of 2019, up from 1.6 million a year earlier. That paled in comparison to Amazon, which shipped tens of millions of Alexa-enabled devices during the holiday season alone. Its global smart-speaker market share reached 26.2% in 2019.

Apple’s HomePod sales growth during the fourth quarter was driven largely by deep discounts. The HomePod went from $349 when it launched in February 2018 to $299 in April 2019. During the holiday selling season, the smart speaker’s price was further reduced at retailers. Nevertheless, Apple ended the year in sixth place, with Chinese tech companies Baidu, Alibaba, and Xiaomi also ahead of the HomePod. 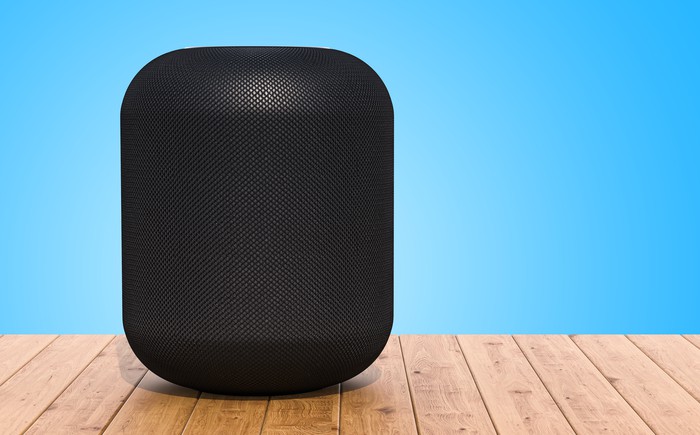 Has Apple found a way to breathe life into the HomePod?

But Apple is hoping to change all that. In a bid to be more open with rival apps and to drive sales of its smart speaker, Apple is gearing up to allow third-party music services to run directly from the HomePod. Bloomberg, citing people familiar with the matter, reported the move will make it much easier for customers to stream the likes of Spotify (NYSE: SPOT) or Pandora on Apple’s smart speaker.

READ  OneWeb wants to rebuild internet in space, connecting billions who are not online - The Keene Sentinel

Today, third-party music services can be streamed from an iPhone or iPad to the HomePod, but it requires more steps than playing music directly from the speaker. This has been one of the major knocks against the HomePod. Bloomberg cautioned that the potential changes are still being deliberated within Apple. If they do move forward, Apple could make the changes in 2020 in conjunction with the roll-out of its iOS 14 software update.

By opening the HomePod up to popular music streaming services, Apple would give consumers a concrete reason to buy a HomePod. That may be all it takes for the HomePod to take off. After all, the market is still growing rapidly, and that isn’t expected to stop anytime soon. And Amazon’s year-over-year market share loss in 2019 highlights that market dominance is still up for grabs. Its 26.2% market share last year was lower than the 33.7% it held in 2018.

There are also rumors that Apple will launch a lower-end HomePod that will have two tweeters instead of seven. This device would be aimed directly at the Amazon Echo and Google Home. If Apple comes out with a cheaper version and makes it easier to use third-party services on the HomePod, it may spark demand, pushing sales higher.

Apple is showing it can play nice

Breathing life into the HomePod isn’t the only thing Apple could achieve if it allows Spotify and other rival services on its smart speaker. It would also send a message to regulators that Apple is willing to play nice in the wake of inquiries. Last year, Spotify lodged a complaint with the European Union’s antitrust agency, arguing that Apple has been engaging in unfair practices by imposing a 30% fee for subscriptions that are sold through the App Store. It also pointed to the fact that Spotify can’t run on the HomePod or be a default music player on the iPhone.

The last thing Apple wants to do is fall further into the crosshairs of that powerful European regulator. By opening HomePod to rivals, it could appease some of the regulator’s and Spotify’s concerns. Apple is reportedly also mulling enabling Spotify, Pandora, or other competing music services to be set as the default player on its iPhone and iPad.

The HomePod may have gotten off to a rocky start over the past two years, but it could become a bigger revenue driver if the changes Apple is mulling resonate with consumers. When Apple first announced the AirPods, its wireless ear buds, many viewed the product as a nice way to transition away from a headphone jack. Now, some Wall Street analysts expect AirPods sales to reach $15 billion in 2020 alone. Who knows, maybe the HomePod can have a successful reinvention.

10 stocks we like better than Apple
When investing geniuses David and Tom Gardner have a stock tip, it can pay to listen. After all, the newsletter they have run for over a decade, Motley Fool Stock Advisor, has tripled the market.*

David and Tom just revealed what they believe are the ten best stocks for investors to buy right now… and Apple wasn’t one of them! That’s right — they think these 10 stocks are even better buys.

Our Friends and Facebook | News For The Workers Comp Industry – WorkersCompensation.com