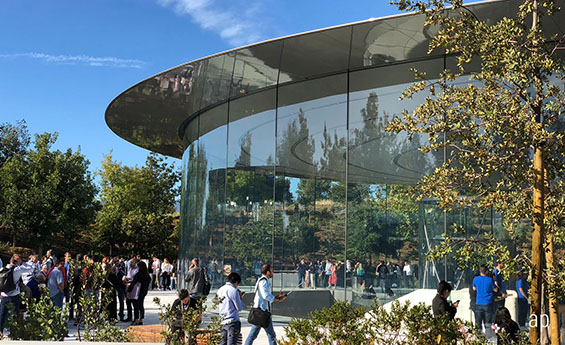 One of the fundamental pillars of investing into listed companies is the one-share, one-vote principle that helps minority investors hold company executives to account. However, over the past few decades, this key tenet of the public market has come under pressure.

Since the mid-1980s, we’ve seen a rising trend for companies coming to market with dual-class share structures, which give founders and executives disproportionate control over voting rights. In the past four years, that trend has been accelerating even faster, driven by large Silicon Valley-based tech firms.

Ride-hailing app Lyft (LYFT) was criticised at its April IPO for giving its founders 20 votes to ordinary shareholders’ one. This means chief executive Logan Green and president John Zimmer will hold just shy of 49% of the voting rights, despite owning less than 5% of its shares.

The IPO of social media platform Snap (SNAP) in 2017 caused a backlash, as the shares it listed on the New York Stock Exchange (NYSE) were non-voting.

At the time, the Council of Institutional Investors (CII), a US-based group of over 135 entities managing a combined $35 trillion of client money, said the Snap flotation signalled a nadir for public shareholder voting rights.

There have been repeated calls for dual-class shares to be scrapped, or at least reined in. The message seems to be getting through in some areas, with Uber dropping plans for a dual-class listing when it goes public in May.

The Case For and Against

In October 2018, the CII called on the two largest exchanges in the US, NYSE and NASDAQ, to bring in so-called “sunset provisions” for dual-class stock. This provision would require the share structure to convert automatically to one-share, one-vote “no more than seven years after IPO date”.

There are some good reasons for a dual-class listing – and it should be noted Berkshire Hathaway does has two share classes, in order, Buffett claims, to protect the company from short-termist behaviour.

The structure in itself isn’t necessarily a negative thing, says Alison Porter, a portfolio manager on the Janus Henderson Global Technology fund. “If you look at some of the most successful technology companies in history, they are founder-led,” Porter explains.

“If you want to innovate and disrupt, you need a very clear vision of that [along with] the ability to invest in the company and direct it in the way you want.

“We as shareholders would prefer to be aligned with a founder-owner who has the long-term interest of the company at heart than we would with shareholders who have a very short-term view of returns.”

It is true, says Jerry Thomas, head of global equities at Sarasin & Partners, that too many shareholders today are too short-termist. But he does not think dual-class structures are the right solution to protect against that.

Stephen Miles, head of equity at Willis Towers Watson, says dual-class shares “put a hole in the corporate governance safety net”. A sunset clause makes sense in order to guard against circumstances changing further down the line, which they inevitably will.

“If you have a strong management team, nothing changes and you’re in a steady state, then you may not need that safety net,” says Miles. “But my contention would be things do change over time. Things do happen and I think it’s a key attraction of public markets that you have that safety net.”

Thomas thinks dual-class structures lead to entrenchment, making it almost impossible for investors to hold management teams to account. “We’re already minority shareholders… [and] we have even less control with our vote in danger of being rendered pointless,” he says.

Thomas also warns about the risk of “extraction”, where a founder can enter into a related-party transaction with a company owned, say, by a family member. While the transaction may benefit the founder significantly, it might do so to the detriment of minority shareholders.

Why Should Investors Care?

Institutional investors, of course, are backed up by large governance and stewardship teams who have the ability to get out and vote at company meetings. Therefore, they are rightly keen to ensure they have appropriate safeguards in order to make their voice heard.

For UK retail investors, though, this is unlikely to be the case. But they should still be aware of the risks. A recent release by investment platform Interactive Investor showed the big tech names are still in favour with its clients, both by buying the likes of Facebook and Google directly, or via collectives like Scottish Mortgage (SMT), Allianz Technology (ATT) or Baillie Gifford American.

“It should be a factor that investors consider when they are weighing up which stocks to buy,” says Laura Suter, personal finance analyst at AJ Bell. “But it shouldn’t be an immediate red flag that causes them not to invest in a company.”

Both Thomas and Barringer suggest either giving a dual-class stock a higher hurdle to hit before it makes it into your portfolio or taking a discount – of, say, 10% – to the valuation to make up for the loss of control.

Indeed, the governance risks of dual-class stock “can be expected to both increase the expected per share future value of Lyft… and increase the discount to a per-share value of Lyft at which low-voting shares will trade”, Lucian Bebchuk and Kobi Kastiel, professors at Harvard Law School, recently wrote.

Interestingly, Google’s ‘C’ shares, which hold voting rights, trade at only a slight premium to its ‘A’ shares (GOOG), which hold zero voting rights. This suggests public investors don’t put much weight on the argument – easy to do when shares have almost doubled within the past three years.

When things go wrong, though, they may wish they had discounted more. Barringer says: “Google is reasonably assured at the moment, and they’re executing on a reasonable strategy. People aren’t generally unhappy with that, whereas Facebook has more troubles.”

Laith Khalaf, senior analyst at Hargreaves Lansdown, says that while preferential voting rights are generally a negative, they need to be considered within the context of the overall investment proposition, as there may be other mitigating factors at play.

Ultimately, as ever, for private investors it’s all about ensuring you understand what you’re investing in and the risks that come with it.