China has been one of the world’s top-ranked countries in terms of national savings rate for the past decade. According to CEIC Data, China’s national savings rate was a staggering 46% in 2018 – when the world average was at 26.5% and the United States a mere 17.3% – and this is only China at its lowest in the decade.

But national savings rate calculated based on aggregates does not capture the whole picture of consumption in China – the number is pulled up by the older generations, who tend to save more compared to the younger generations. Young Chinese born in the 90s are contributing to an upward trend in spending and borrowing with not only their housing debt, but also a craze over exquisite lifestyles – novel tech gadgets, designer clothing, fancy dining. “Live beyond one’s means“ is the new maxim, and financial limitation is no longer a limitation.

As Jay Xiao, CEO of Lexin, a listed fin-tech company based in CITY and the parent-company for a popular lending platform, Fenqile, writes on South China Morning Post, “Instead of seeing consumer credit as a threat to the Chinese economy, it makes more sense to see rising debt as a natural development in the country’s transition from an investment-driven growth model to a consumption-led one.”

In a sense, installment consumption habits of Generation Z in China are driving the whole nation towards a new consumption model. And it doesn’t seem like the model is going to die down in the coming decades.

Spending more than they earn

College students in any country tend to have little savings and consuming capacity unless they receive support from their families. A report by MyCOS Institute published this June found the average monthly income of Chinese college graduates in 2018 (born around 1998 and 99) to be a mere 4624 yuan ($657). According to the latest statistics, the average housing rent in a first-tier city such as Beijing is 3300 yuan ($469), and the rent in major lower-tier cities like Guangzhou, Hangzhou, Nanjing or Xiamen varies from 1500 yuan to 2000 yuan. Assuming that college students will have to pay their rent, the amount of money left for them every month after paying their landlords appears to be limited.

“Although on average my classmates have 1300 yuan ($185) to spend every month, we all do like advanced consumption, credit cards and all that,” said a 21 year-old college student studying in Shijiazhuang, a third-tier city in Hebei province.

People of Gen Z, the cohort born between mid- to late-1990s, are spending more than they are earning. A report by Accenture on the consumption behavior of Gen Z found that in 2015, the monthly spending of China’s 250 million born after 1995 is approximately RMB 1314 yuan while their incomes were at RMB 1830.

The expression “partly rich people” was invented to refer to people who invest a considerable percentage of their income merely on things they like, despite those products’ impracticality. They splurge on headphones and trendy sneakers from Air Jordan and Yeezy without a second thought.

How youngsters came to spend more

Increasing spending among young people might be partly attributed to the increasingly penetrative internet culture, which is both stimulating demands and making purchase ever more convenient. According to the previously mentioned report from Accenture, clothing, groceries, electronics, health and beauty products constitute the most sought-after categories of products for people under 25. One third of Gen Z are inclined to buy from live streaming and video shopping. Influencers make millions of dollars by promoting their products.

Internet celebrities like Li Jiaqi are dragging youngsters into the bottomless pit of unfulfilled desires.

The availability of online credit platforms also encourages people to spend more. A 2019 report by Nelson Institution, taking samples of over 3,000 consumers aged 18 to 29 in numerous cities over two months, found that 86.6% of young people are using credit products; among which 42.1% of them pay off their full balance in the same month without incurring interests.

As it’s written in the report, excluding the aforementioned 42.1%, the actual percentage of debtors is reduced to 44.5% of the overall population of young people. 3.6% of the samples collected in the report do not pay their dues on time on a regular basis or have to take on additional loans to repay the old ones.

A large number of young people use consumer credit as a “payment tool”, with most of the debt paid off in the current month. The actual debt income ratio of the average Gen Z-er is only 12.52% if “credit used as a payment tool” is excluded. 43.3% of the young people believe that the use of credit products is a smarter way to consume, and those born after 1995 seem to agree more with this concept.

Online lending apps are more convenient and efficient than credit cards for most people. No filling of forms and waiting to receive a physical card is needed, the only thing needs to be done is registration on the platform and credits will come directly to the account.

“Online lending apps are loved by China’s Gen Z as they can finish the credit application process in minutes with just a few taps on their phones, instead of going through all the paperwork at a bank. For Gen Z, it’s all about speed and user experience.” a spokesperson from Lexin, said.

But convenience comes with higher interest rates and service fees. In December 2018, the Chinese government published Notice on Regulating and Rectifying the “Internet Loan” Business, requiring that loan platforms have to set their annual interest rate less than 36%.

Qudian, a major Chinese online small consumer credit provider has its interest rate right on the line at 36%, while Fenqile has an average interest rate of around 26% for the third quarter of 2019. Fenqile’s interest rate would vary depending on the borrowers’ age, employment status, and credit records. Empowered by artificial intelligence and big data, Fenqile’s system could even detect the users’ locations and devices and make adjustments to the line of credit. For instance, an iPhone user based in Chaoyang district in Beijing would certainly get higher credit lines than a Xiaomi user based in a fourth-tier city in China. The former could get credit at a lower interest rate of around 18%.

In terms of overdue payments, public relations officer Zeng Jun from Lexin said, “We use technology to analyze users’ credit information and give out loans accordingly. Not paying on time could also affect credit line and interest rates. That’s why our overdue rate is relatively low, at 1.4%, even lower than that of credit cards.” According to its internal financial report, the company keeps 3% to 5% of its total income for credit cost, namely the money to make up for bad debts that results from overdue payment.

What do young people buy on online lending apps?

One of the advantages of Fenqile is that it is both a lending app and an e-commerce platform focused on Gen Z-ers. Fenqile has over 60 million users, among which nine out of ten are college graduates.

According to the sales data and consumption trends that we observed on Fenqile, in terms of consumer electronics, iPhone’s market share on Fenqilehas consistently stayed above 50%, which proves that it is still the go-to choice among China’s quality-conscious consumers.

Huawei’s market share in China surged to 42.4% in Q3 2019 (Canalys), and its popularity among young Chinese consumers has never been higher. In Q3, Huawei’s sales increased by 217% year-on-year on Fenqile, significantly faster than its overall growth of 66% in China.

In the first half of 2019, sales for Air Jordan and Yeezy surged to 83% year-on-year, and the two brands combined took up 30% of the sneaker market on Fenqile during H1 2019. Meanwhile, sales for Chinese domestic fashion brands more than doubled in August 2019 on Fenqile. Sales of Chinese sneaker brand Huili increased 172% during the period. As a comparable brand, sales of Nike sneakers were up by 121% in August year-on-year, and those of Adidas sneakers increased by 111% during the same period.

Physical goods sales on our installment e-commerce platform Fenqile rose 32% year-on-year in the first half of 2019, outperforming that of China’s online retail sales of 17.8% and China’s GDP growth of 6.3%. Apart from physical goods, consumption of services saw particularly rapid growth on Fenqile, with the sales of services like hotel, tourism and flight tickets increasing by 12-fold in the past two years. 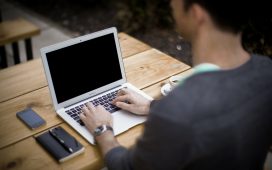 Xbox boss on the physics of the PlayStation 5’s design 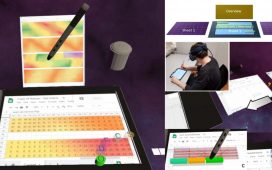