Several of the country’s US-dollar denominated bonds were under pressure in early New York dealings. The price of one maturing in 2028 dropped to 62 cents on the dollar, from 77 cents on Friday, Bloomberg data show. Monday’s sell-off pushed the yield up to 13.5 per cent from 10 per cent at the end of last week.

The country’s century bond, which matures in 2117, tumbled nearly 10 cents to 65 cents on the dollar, the biggest fall since the debt was sold in 2017.

In a sign of the increased concern, the price to hedge against a default on Argentine debt using five-year credit default swaps jumped on Monday. The price was recently quoted at 35 percentage points upfront, from around 17 points on Friday, according to Refinitiv data. That means it now costs $35m to protect $100m of Argentine debt on top of regular payments.

Currencies analysts said the Argentine peso may also fall sharply when it opens later. Other more actively-traded emerging market currencies like the South African rand and Turkish lira were already under selling pressure.

Investors are concerned that if Mr Macri loses this autumn, it could mean that the economic stability his government ushered in recently will come to an abrupt end.

“The probable deterioration of sentiment and the resulting tightening of financial conditions in coming days and weeks may pose yet another headwind to the still fragile recovery of the Argentine economy,” said Tiago Severo, economist at Goldman Sachs.

He added: “More importantly from a political standpoint, renewed depreciation pressures on the peso may delay and perhaps even reverse the incipient decline in consumer price inflation, harming the image of the Macri administration and weighing further on the president’s re-election bid.”

Mr Macri told supporters on Sunday night that “this has been a bad election.”

“We must redouble our efforts tomorrow so that in October we can continue with [our project for] change,” he said, adding that, “October could perhaps define the next 30 years for Argentina.”

On Sunday night, there were scenes of jubilation among Mr Fernández’s supporters around Buenos Aires, with chants of “We’re going to return” heard across the city.

“We are going to create a new Argentina. In that Argentina, there is room for everyone. Finished is the concept of revenge, division,” Mr Fernández told a jubilant gathering of supporters, referring to the high degree of polarisation in Argentine society.

“We were never crazy in government,” he added, referring to the period from 2003 to 2015 when Argentina became a pariah in international markets under Ms Fernández and her husband and predecessor Néstor Kirchner. Mr Fernández served as cabinet chief in both administrations from 2003 to 2008. 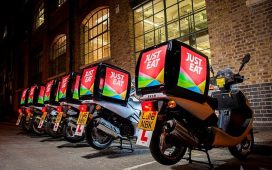 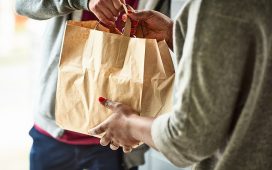 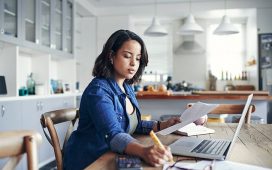