Argentina’s peso strengthened on Monday after the government imposed capital controls over the weekend to try to prevent the country’s latest debt crisis from spiralling.

With queues evident outside some banks in Buenos Aires on Monday, Argentina’s finance minister said he believed the currency would now stabilise. The peso rose 6 per cent during the day, although the gap between official and black market exchange rates widened steeply. Officially the Argentine currency closed at 56 pesos to the dollar.

Bond prices also initially rose but analysts said the full impact of the controls would become more apparent when US markets reopened on Tuesday. They fell to a record low on Monday, with Argentina’s benchmark international 2028 dollar bonds dropping more than 2 cents to $0.365, according to Refinitiv data.

Capital controls were imposed from Sunday in the wake of the decision by President Mauricio Macri’s government to ask for a “reprofiling” of $101bn of debt, including $44bn lent by the IMF. Its proposals were due to be submitted for discussion by Argentina’s congress on Monday.

The measures amount to a humiliation for Mr Macri, who had triumphantly removed capital controls as one of his first acts of government when the investor-friendly leader took power in December 2015 amid a surge in market confidence in Argentina.

The moves come as the IMF analyses whether to disburse the latest instalment of its $57bn bailout programme agreed with Argentina during a currency crisis last year. A $5.4bn tranche is due by the end of September.

Hernán Lacunza, finance minister, said after a cabinet meeting on Monday that the capital controls were “uncomfortable” but aimed at “avoiding greater evils”.

“The value of the dollar is going to remain stable,” he said.

Argentina’s financial situation deteriorates sharply in August after primary elections showed the opposition Peronist candidate Alberto Fernández heading for a convincing win over the more investor-friendly Mr Macri in an election due on October 27.

Under the capital controls, residents are restricted to foreign exchange purchases of $10,000 a month.

“[Currency] controls might buy the authorities some time during the election period and they avoid burning [foreign currency] reserves in a futile defence of the [exchange] rate, but they are straightforwardly negative for international investors,” wrote analysts at Tellimer, an investment firm in London, in a note to clients.

“Although the controls will help protect reserves, they might also add further to the unpopularity of the Macri government as it heads into the election in October,” they added. 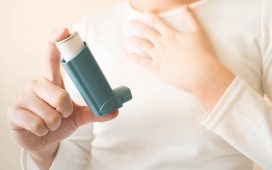 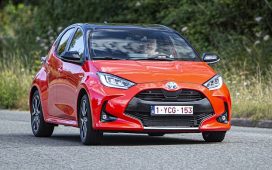