Welcome to Foreign Policy’s SitRep! First off, a belated happy birthday to the U.S. Navy. It turned 246 on Wednesday, but we think it doesn’t look a day over 200.

Alright, here’s what’s on tap for the day: High-tech gizmos and flashy new missiles are at the U.S. Army’s annual conference, China hones its hybrid warfare skills, and a former top Islamic State deputy is captured.

If you would like to receive Situation Report in your inbox every Thursday, please sign up here.

Welcome to Foreign Policy’s SitRep! First off, a belated happy birthday to the U.S. Navy. It turned 246 on Wednesday, but we think it doesn’t look a day over 200.

Alright, here’s what’s on tap for the day: High-tech gizmos and flashy new missiles are at the U.S. Army’s annual conference, China hones its hybrid warfare skills, and a former top Islamic State deputy is captured.

If you would like to receive Situation Report in your inbox every Thursday, please sign up here.

The show floor of the U.S. Army’s annual conference in Washington was a literal assault on the senses: The Walter E. Washington Convention Center’s aisles teemed with wide-eyed soldiers, defense contractors, and convention-goers dodging remote-controlled robotic dogs that could be armed with rifles and sent into combat. Vendors advertised artificial intelligence products that could “strategically transform the battlefield”; drones rigged with so-called loitering munitions that can hover over targets for hours; and a smorgasbord of missiles, guns, and next-generation kits presented to convention-goers in rows of booths, flea-market style.

For the Army, which doesn’t always win the title of most forward-leaning military service, leaders wanted to make one thing clear: The future is coming. “The future is a lot closer than some of us think,” said Army Secretary Christine Wormuth in her Monday address to the convention.

And the Army’s first big post-pandemic gathering was also an international affair: At a bar across the street, three French officers clinked wine glasses and stacked their flat-topped kepi hats on the edge of the table like sardine tins.

Soul-searching. But in between panels and turns on helicopter simulators, the Army was doing some serious soul-searching at the convention, as the service wrestles with the ongoing pandemic and tries to stay relevant in possible military scenarios with China. Wormuth is pressing for the Army to think beyond exchanging long-range missiles with Beijing to look at what close combat with the People’s Liberation Army might look like.

“I’m not convinced that we have fully thought our way through all of the challenges we may face on the future high-end battlefield if deterrence fails,” Wormuth said.

Old school. But beyond the gizmos and gadgets whirring away on the convention floor, some are convinced the Army’s future battlefield looks a lot like wars of the past. In a military contest over Taiwan, for instance, some scholars think the Army could be tasked with retaking the island after China wins an initial high-tech fight.

“Do we have the political will to send the Army into a Chinese-controlled Taiwan?” Jacquelyn Schneider, a fellow at Stanford University’s Hoover Institution, tweeted on Wednesday. “And do we have the right weapons, training, and concepts to win that kind of fight? That should be the debate at #ausa2021—not the Army groping for long range fires.”

A. Elizabeth Jones was announced as the new State Department coordinator for Afghan relocation efforts. Jones, a former deputy envoy for Afghanistan and Pakistan as well as former ambassador to Kazakhstan, replaces John Bass, the former U.S. ambassador to Afghanistan.

Defense Security Cooperation Agency chief Heidi Grant is leaving the agency after almost 15 months. Her deputy, Jed Royal, will take over the gig next month in an acting capacity.

To be announced. A bipartisan gaggle of lawmakers on the Senate Foreign Relations Committee sent a letter to U.S. Secretary of State Antony Blinken on Wednesday demanding the agency appoint an official responsible for addressing directed energy attacks against U.S. officials.

What should be at the top of your radar, if it isn’t already.

We’re having a cool ransomware party, and you’re not invited. This week, the White House convened a virtual summit with 30 countries on cybersecurity as it scrambles to confront a spike in ransomware attacks in the past two years, as Robbie reported. Who didn’t make the invite list? Russia.

If Moscow is feeling left out, it may need to do a bit of soul-searching. Many of the ransomware attacks targeting the United States come from Russia, often from hacking groups that operate with murky affiliations with and/or tacit endorsements from the Russian government, cybersecurity experts said. Russia, surprise, surprise, denies these charges.

Nowhere left to run. A top Islamic State leader and financier of the terrorist group who had evaded justice for years was finally captured this week, Iraqi Prime Minister Mustafa al-Kadhimi announced. Sami Jasim al-Jaburi, the former deputy Islamic State leader and its finance chief, was detained in a third country. It’s a reason for Washington and its Middle East allies to briefly pop some champagne, but even a caliphate-less Islamic State remains a threat. 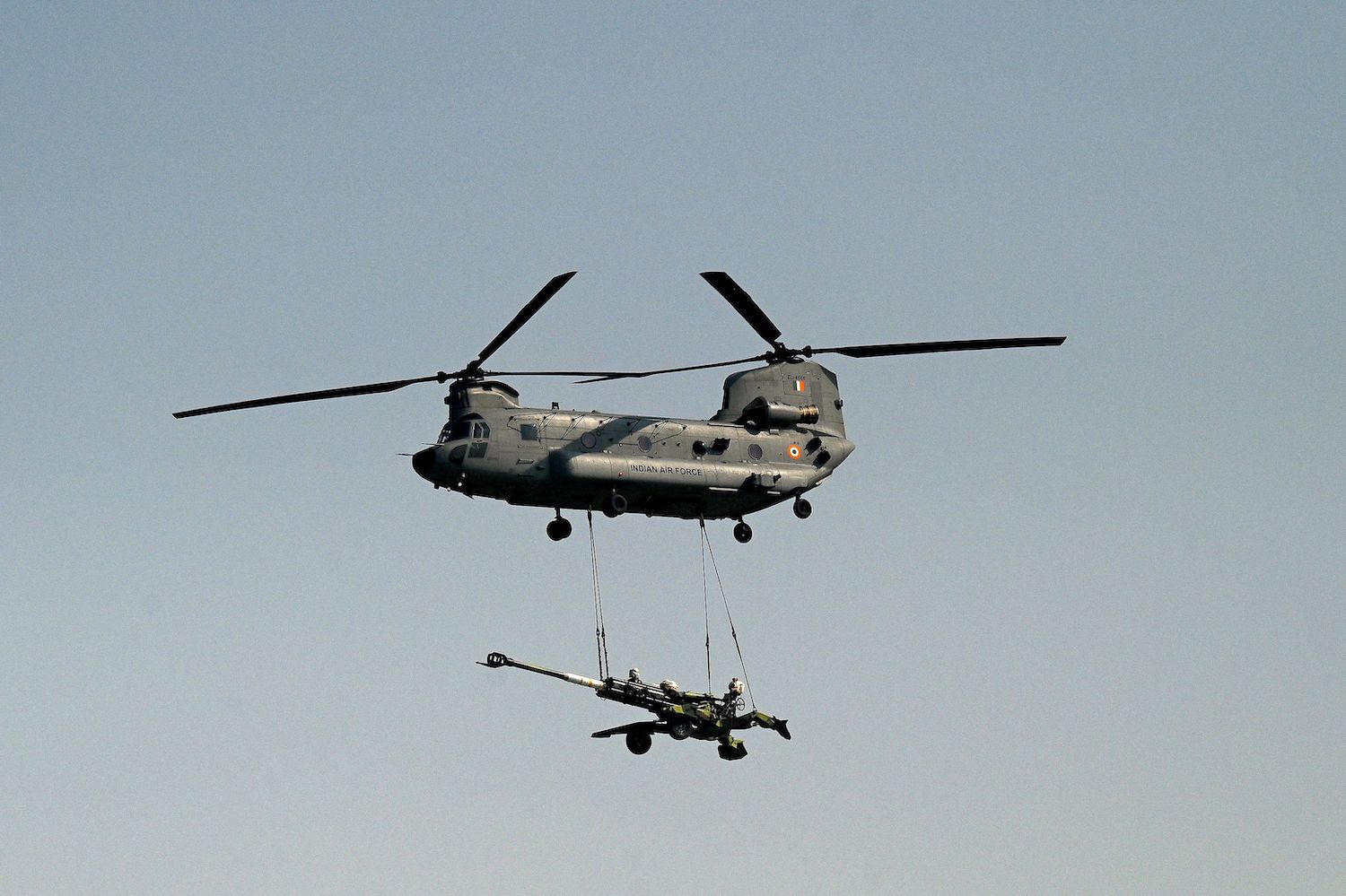 This week, SitRep caught up with Teija Tiilikainen, director of the Finland-based European Centre of Excellence for Countering Hybrid Threats, during her visit to Washington and between her meetings on Capitol Hill and at the Defense Department. She discussed the full range of hybrid threats (ones that fall below the threshold of full-fledged conflict) from the West’s top geopolitical rivals and how the Arctic could become the newest hotbed of hybrid threats. Here are some conversation highlights:

On Russian versus Chinese hybrid threats: “China is a newer actor, not that well known. In parts of Europe, we at least believe we know pretty well how Russia uses its toolbox—conventional and unconventional. But China is a newer thing.”

On Ukraine as a testing ground for hybrid warfare: “Ukraine proved to Russia that hybrid warfare is a very cost-efficient toolbox to have at its disposal. Later examples show that it is having quite a creative approach to its instruments of power.” Tiilikainen cited Russia’s involvement in the Syrian conflict and its use of a shadowy mercenary company, the Wagner Group, in Africa.

On the Arctic as a new flash point: “Russia is the main player there, and now it realizes this won’t continue for very long. … We know Russia and China’s interests in the Arctic are conflicting,” Tiilikainen said. She said China’s hybrid activities in the Arctic—namely investing in Arctic infrastructure for veiled geopolitical aims and using Arctic research stations as a cover for expanding its footprint in the region—could increase in the near future.

“From a Secret Base in Tajikistan, China’s War on Terror Adjusts to a New Reality”: A fascinating new read from Radio Free Europe/Radio Liberty on China’s military and political designs in Afghanistan after the U.S. withdrawal, with details on a secretive Chinese military installation near the Afghan border.

“Of course, we do not question the right of Australia to take sovereign decisions. What we could not understand was a complete lack of information and consultations.”

—France’s ambassador to Washington, Philippe Étienne, in a conversation with Foreign Policy columnist Elise Labott on the ongoing fallout from the U.S.-U.K.-Australian submarine deal that turned into a nasty diplomatic dispute with France 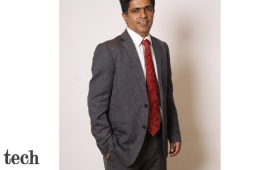 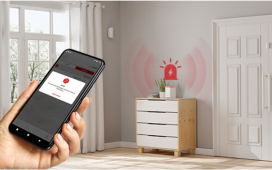