Flybe struck a deal with the taxman worth £10m as part of a rescue plan to keep it afloat.

After days of speculation, the troubled airline revealed it has been given ‘a matter of months’ to pay HM Revenue and Customs ‘a debt of less than £10m’.

Bosses defended the move as a ‘standard arrangement with HMRC that any business in financial difficulties may use’. 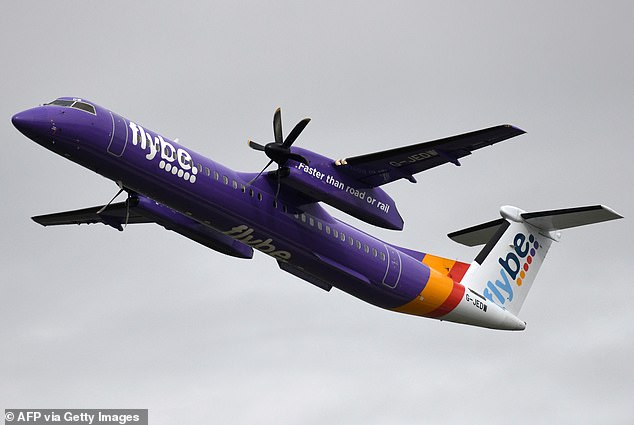 Deal: The figure is less than the £106m tax holiday it was widely reported the airline had secured

The figure is less than the £106m tax holiday it was widely reported the airline had secured.

But this has done little to dampen criticism from furious rivals who have accused the Government of giving Flybe special treatment and providing illegal state aid.

Dubbing it a ‘bailout for billionaires’, they pointed out that Flybe’s backers include Sir Richard Branson and US giant Delta Airlines.

Adding fuel to the fire, Flybe also admitted it is in talks with the Government about securing a loan.

Boss Mark Anderson insisted the financial support from the Government did not amount to a bailout.

In a video address to staff seen by the BBC, he said: ‘We are in conversation with the Government around a financial loan – a loan, not a bailout – a commercial loan, but that is the same as any loan we’d take from any bank.’

But the idea that Flybe might need to be propped up by the state has provoked an angry backlash from Ryanair and British Airways-owner IAG.

Ryanair’s boss Michael O’Leary has slammed the deal as a ‘badly thought-out bailout of a chronically loss-making airline’. O’Leary has pointed out that Flybe’s owner Connect Airways is backed by private equity group Cyrus Capital Partners, Stobart Group and Branson’s Virgin Atlantic, which is itself half-owned by Delta.

And Willie Walsh, chief executive of IAG, said the Government’s support was a ‘blatant misuse of public funds’.

As part of the rescue package agreed with the Government, the owners of Connect Airways have pledged to pump £30m into Flybe. Ministers are also looking at cutting air passenger duty on domestic flights – a tax that adds £26 to the price of a ticket for a return journey. And the Government could subsidise a number of Flybe routes, but no further details have been released on this yet. 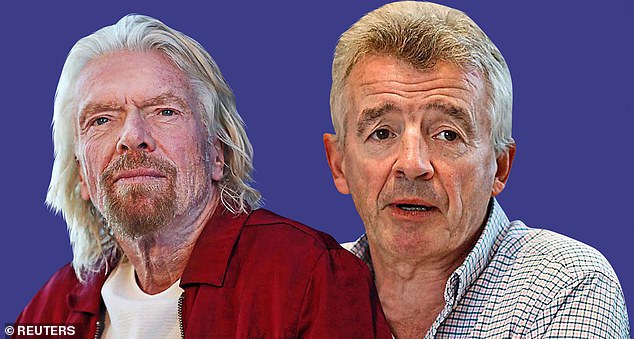 Its London to Cornwall route already receives Government assistance. Flybe said yesterday that it will move the Newquay to London route from Heathrow to Gatwick airport. Anderson told Flybe staff the firm had endured a few ‘difficult days’ but it still had ‘a great future’. He added: ‘Our shareholders invested an awful lot of money, believing they fully understood the state of the business they’d bought. The reality is that we were in worse shape than even the shareholders thought we were.’

Flybe was narrowly saved from collapse in early 2019.

It was previously a public company, but investors’ holdings were wiped out in the sale to Connect, which bought Flybe’s operations for £2.8m and paid £2.2m for its parent company.

Will Walker-Arnott of investment manager Charles Stanley said the Flybe rescue was ‘turning into a political football’.

He added: ‘I look at the business from a financial point of view, and this has been a perennial loss-maker. They grew their revenues year after year, but they can’t make a profit.’

The Government insists it has not provided state aid to Flybe.

Companies’ silence on virus is storing up problems

Five charts from a rough week in markets

Utilities no place to hide in this week's stock market rout

A Major Bitcoin Exchange Has A ‘Massive’ Problem – Forbes

Are the rich getting richer in the UK and should we worry about inequality?