A cautious mood prevailed in markets on Friday as attention remained on the meeting between President Donald Trump and President Xi Jinping this weekend amid hopes for a positive outcome for trade.

Larry Kudlow, economic adviser to Mr Trump, however, dampened expectations on Thursday saying that there were no set preconditions for the meeting on the sidelines of the G20 on Saturday and that additional tariffs could still go ahead.

Major stock indices pulled back, with the Hang Seng index in Hong Kong and China’s CSI 300 both falling 0.6 per cent. In Japan, the Topix was down 0.3 per cent and Australia’s S&P/ASX 200 dipped 0.2 per cent as miners fell.

“Central expectations for the G20 meeting between Trump and Xi are that negotiations will resume, additional US tariffs will be delayed, China will buy more US goods and talks over tech-trade will gain renewed focus,” ANZ analysts said in a note. “However, as the difficulty of resolving economic aspirations between the two countries is herculean, markets remain cautious.” 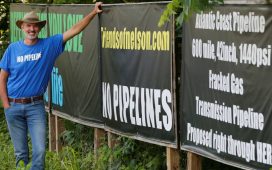