Audi A1 Sportback 2019 REVIEW – Is the posh supermini worth its premium price tag? – Express

Around 800,000 of the little superminis have been sold since its introduction in 2010, and now the A1 is back for a sequel. There are significant updates, but this remains a premium supermini, with a price tag to match – the A1 starts from £18,540.

That makes it over 10 per cent pricier than a comparable Volkswagen Polo, to which it’s closely related. Both are produced under the VW Group umbrella and share the same basic underpinnings and engines.

This might remain the smallest model in Audi’s range, but the A1 has grown and the previous, less popular three-door model has been dropped. An increase of 2in sounds small, but at more than 13-feet long the second-generation A1 is even longer than its Mini five-door rival – a car that already stretches the supermini tag to breaking point.

It’s a case of less is more when it comes to engines, with no diesels available there’s a choice of four petrols. The flagship 2.0-litre turbo engine in the 40 TFSI is essentially a Polo GTI with the Cinderella treatment.

Producing an impressive-sounding 197bhp, it’s let down by a charmlessly flat delivery and it doesn’t feel as quick as you’d expect given the 0 to 60mph dash should whizz by in less than seven seconds.

It can also scrabble about under more enthusiastic acceleration, and its suspension can thunk over less-than-perfect road surfaces. It’s not a bad car, but it does sorely lack a sense of fun.

The 35 TFSI features a 1.5-litre turbo engine. With 148bhp the acceleration is obviously more lethargic than the range-topping model (we’d expect 0 to 60mph in around eight seconds), but the two share the same flat and uninspiring power delivery – a Mini has a far punchier, responsive kind of feel.

But the 35’s suspension is calmer than the 40’s, it gets down its power to rha road better, and its six-speed manual gearbox has a slick, light feel that makes it more fun than the rather boring dual-clutch automatic standard on the 40 TFSI.

The fact that the 1.5 can seamlessly deactivate two of its four cylinders in gentle driving means it should be significantly easier on fuel too, though official fuel economy figures for this model aren’t yet available.

But the best engine choice is actually the smallest. The tiny 1.0-litre three-cylinder turbo-petrol engine comes with two power outputs – 94bhp in the 25 TFSI or 114bhp in the 30 TFSI– and it’s the 30 TFSI that’s our pick.

It’s not quick by any stretch of the imagination, but it can haul itself from 0 to 60mph in 9.4 seconds and achieve 126mph and it delivers its performance with a perky edge, making it feel more energetic than the headline figures suggest.

It also weighs a huge 22 stone less than the 40 TFSI, which is like removing two people from the cabin. It steers enthusiastically, changes direction keenly and rides quite nicely too. There’s even the promise of 58.9mpg – 6.5mpg up on a comparable Mini, which is also slower, if over £1500 cheaper.

The A1 simply feels at its happiest with this tiny three-cylinder engine, whether it’s bustling through town or cruising at motorway speeds. The fact that pretty much the cheapest A1 is also the best is handy, because this is a car that looks a little frumpy and unremarkable in entry-level SE specification.

So if you do have budget to spare, you might want to spend on some upgrades that boost the A1’s visual appeal. The Sport trim level costs £1450 for 16-inch alloy wheels, cloth sports seats, cruise control and rear parking sensors, while desirable S line ups the ante to £3100 for 17-inch alloys, stiffer suspension, sporty-looking bodykit and half cloth/half leatherette interior trim.

You can blow even more cash on other upgrades, including the S line Style and S line Contrast packages, which introduce moody looking dark highlights, tinted windows and more sumptuous upholstery.

Pricing for these packages is still being finalised, but basically turns the A1 into a kind of sophisticated supermini version of the Range Rover Evoque rather than a clone of the funkier, more playful Mini.

That aforementioned larger, more mainstream shape that can make the A1 appear a little humdrum in budget specs, but personalisation options add some style, and that growth spurt is very welcome inside.

The A1 feels more spacious even up front, while four adults can travel in comfort and the boot to 335 litres – a sizeable 57 litres larger than a Mini.

This is a grown-up feeling cabin too, with a stylish, uncluttered dashboard that looks crisp and includes both a 10.25-inch digital instrument cluster and 8.8-inch central touchscreen as standard.

The latter is angled towards the driver so it’s easy to reach, and it’s as intuitive as a smartphone to use. Other standard equipment includes a multi-function steering wheel (you can adjust the volume without taking your hands from the wheel), digital radio, voice control and electric heated mirrors.

You might want to splash out on the Technology Pack, which costs £1650 and introduces sat-nav, Audi’s Virtual Cockpit wireless phone charging and internet connectivity.

Even without those upgrades, though, the dashboard’s appealingly sharp lines and standard gloss-black screens help make the A1’s interior feel more upmarket than a Mini. It’s a shame then that the high-tech and mostly high-quality feel is let down by some cheap interior plastics that encroach as high as the door tops.

Don’t get too carried away when choosing an A1 though, because it really is a case of less is more when it comes to the new baby Audi. The most powerful three-cylinder engine with a manual gearbox and some stylish options would be our pick. 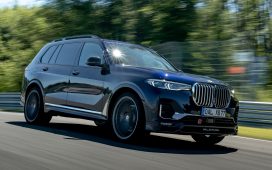 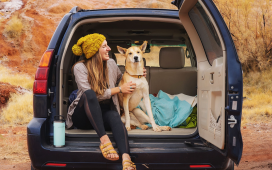 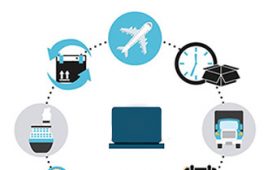