Bank of England Governor Mark Carney could be questioned by MPs about a security breach that allowed traders to hijack a secret audio feed for financial gain.

Conservative MP Mel Stride, who is chair-elect of Parliament’s Treasury committee, said he would call in outgoing chief Carney and his incoming successor Andrew Bailey, who takes over next month, to explain the breach. 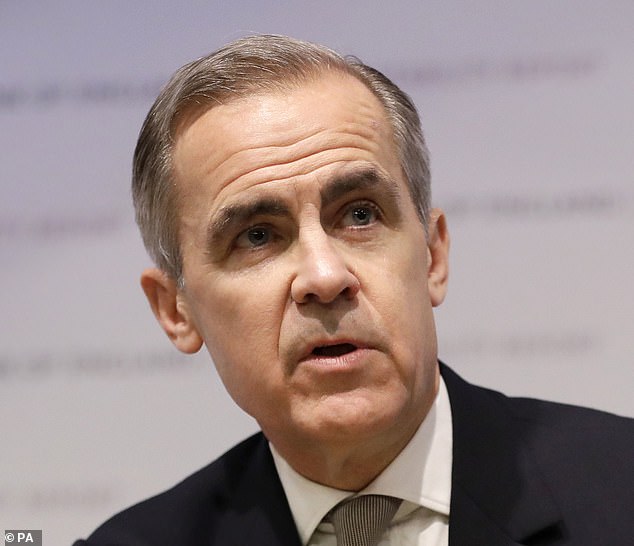 Quiz: Conservative MP Mel Stride, who is chair-elect of Parliament’s Treasury committee, said he would call in Mark Carney (pictured)

The audio feeds of market-sensitive briefings by senior figures such as Carney were broadcast illicitly to some traders. This meant they heard the information several seconds before their rivals – which can be a lucrative edge in the age of computer-based trading.

Stride told the Guardian: ‘When the next committee is formed, I’d expect us to see Carney and Bailey pretty swiftly.

‘I’ve no doubt that we’ll have some searching questions for them to answer in order to get to the bottom of this.’

The Bank did not know about the misuse of the feed until it was reported by the press in December.

You can still live the good life in lockdown – so dig for victory over the Coronavirus!