Mumbai: Veteran banker and chairman of Bajaj Finserv Nanoo Pamnani passed away on Saturday. He was 74. Pamnani was appointed chairman last year, after Rahul Bajaj (80) resigned to take over as chairman emeritus.

In 2008, when Sanjiv Bajaj was chosen to head the financial services business, he got Pamnani as a crucial aide from within the family. The brother-in-law of Rahul Bajaj’s wife had just retired from Citibank as its India head.

Pamnani took over as vice-chairman at Bajaj Finserv in 2008 just after Bajaj Auto was de-merged under which its manufacturing unit was transferred to Bajaj Auto and its strategic business undertaking consisting of wind farm business and in-house auto financing business has been vested with Finserv.

Since then, the trio of Pamnani, Sanjiv Bajaj and Rajeev Jain – the CEO of Bajaj Finserv – have been instrumental in the meteoric rise of the business.

Bajaj Finance, the holding company of Bajaj Finserv, was recently awarded by the Economic Times Awards for Corporate Excellence under the category “Company of the year.” Under Pamnani’s watch Bajaj Finance has grown assets under management by 41%, profit by 43% while margins and asset quality remained stable, despite tough liquidity situation since IL&FS crisis broke out in September 2018. This is when NBFC sector has seen disbursement contract by 30%. Bajaj Finance is the best in the retail space with customer franchise of 37 million, 97,000 point of sales, balance sheet of 1.25 lakh crore. Pamnani also held the position of chairman of Bajaj Housing Finance and was on the board of 13 other companies. He is on the boards of many leading companies, including Bajaj Auto, Bajaj Finance, Bajaj Allianz General Insurance Company and Bajaj Allianz Life Insurance Company.

But, Pamnani was just wasn’t defined by his role in Bajaj Finserv. At 37, he was one of Citibank’s youngest CEOs and is also credited to turning around the foreign lenders private banking business in the Asia Pacific region. He retired as director for Citibank. In his career spanning over 40-years, he held many key positions and handled a range of senior assignments both in India and abroad. 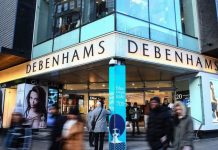 More than 30,000 doctors volunteer to join fight against COVID-19 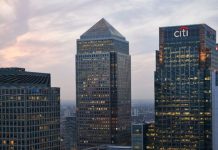