A new GamesBeat event is around the corner! Learn more about what comes next.

One of the biggest games of the fall is getting a delay. Publisher Electronic Arts and developer DICE announced today that they are pushing back the release of Battlefield 2042. The near-future military shooter will now debut November 19. It was going to launch in October.

“We’ve made the decision to shift the launch of Battlefield 2042,” reads a post on social media. “The game will now be released worldwide on November 19, 2021.”

DICE was also preparing to launch a multiplayer beta later this month, but that seems less certain now. The publisher said it would provide more details about that before the end of September. Originally, I reported that beta would begin September 22. I’ve heard that EA is also considering delaying that as well.

Battlefield 2042 is the latest entry in the long-running franchise. As the name suggests, the series is going for a more modern setting than other recent Battlefields set during the first and second World Wars. 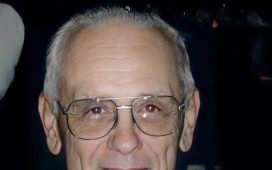