In my previous two columns I introduced you to Beer’s Law. In the first column (1), we examined the Beer’s Law equation and how it relates light absorbance to concentration, and how to use Beer’s Law to determine cannabinoid and terpene amounts in cannabis samples. In the second Beer’s Law column (2), I introduced the idea of totally inelastic collisions between photons and molecules and used that picture to derive Beer’s Law mathematically. We then discussed the limitations of Beer’s Law. Here in part III, we will finally come clean about what the absorptivity truly is, and how it impacts how we can use Beer’s Law.

Beer’s Law allows spectroscopy to be quantitative because it relates the amount of light absorbed by a sample to the concentration of chemical species in that sample (1,2). Beer’s Law has the following form:

where A is the absorbance; ε is the absorptivity; L is the pathlength; and C is the concentration.

By rearranging Beer’s Law, we can see how to solve for the concentration of an analyte in an unknown sample as such:

where Cunk is the concentration of analyte in an unknown sample.

Thus, measuring a concentration in a sample using Beer’s Law is a matter of measuring the absorbance of the sample, and knowing the product of the absorptivity and pathlength, εL. This product is obtained via the calibration process. Beer’s Law has the same form as the equation for a straight line as such (3):

To obtain a Beer’s Law calibration, the absorbances of standard samples containing known amounts of the analyte are measured. Then, the measured absorbances for the standards are plotted on the y-axis, and the known analyte concentrations on the x-axis. If the sample system being analyzed obeys Beer’s Law, this plot will be a straight line whose slope is εL, the quantity we need to use along with Equation 2 to determine concentrations of analyte in unknown samples.

For the absorbance to be a unitless quantity the absorptivity must have units of L2/mole. These units may seem physically counterintuitive. Length2 is an area, and a mole measures number of molecules. How can a collection of molecules have an area? As promised previously (1,2), all will now be revealed about the mysterious absorptivity.

Absorptivity: The Rest of the Story

Recall from the last column (2) that the absorbance process is the result of what are called totally inelastic collisions between photons and molecules. In a totally inelastic collision, all the energy in the photon is deposited into the molecule, and the photon ceases to exist. The resultant decrease in light intensity as measured by a spectrometer gives rise to an absorbance peak in the sample’s spectrum. When we derived Beer’s Law (2) we calculated the total number of collisions as being

To summarize this is what we know about the absorptivity:

I could have added a fifth thing to this list, which would be the quantum mechanical definition of the absorptivity derived from things such as energy levels, wavefunctions, and wavefunction overlap (4). However, I am feeling merciful and will spare you the math behind that. How on earth can one simple physical constant have so many aspects to it? That’s what we are here to talk about.

How can something with units of length2/mole represent a fraction of totally inelastic collisions? As it turns out, characterizing collisions between microscopic particles is something physicists have been studying for a long time. For example, if you have heard about atom smashers and particle accelerators, this is what I am talking about (5). As it turns out, photon-molecule collisions are simply a subset of the types of collisions that physicists already understand.

At any rate, Figure 1 shows me trying to hit the broad side of a barn with a baseball.

Variables that Effect the Absorptivity

If the absorptivity describes how big a molecule looks from the point of view of a photon, what things will affect this quantity? Remember that light contains an electric vector (2) whose polarity varies over time from positive to negative to positive as illustrated in Figure 2.

In Figure 4 the electronegativity difference between oxygen and hydrogen means the O-H bonds are polar and contain partial positive and negative charges. The positive hydrogen on one water molecule will coordinate with the negative oxygen on a neighboring molecule forming a strong intermolecular interaction called a hydrogen bond.

What variables then affect intermolecular interactions and hence the absorptivity?

Analytical chemists sometimes define a sample’s matrix as its physical and chemical condition, including things like temperature, pressure, concentration, composition, and pH. Another way of summarizing the bullet points above is that the absorptivity is matrix sensitive, which means Beer’s Law calibrations are matrix sensitive. Therefore, spectrometers can only be used to analyze things for which they have been calibrated (which is true of all analytical instruments). In my career with Big Sur Scientific, where we sell mid-infrared-based cannabis analyzers (9) I have had people complain about their analyzer because they used it to analyze pizza and yet it gave a total tetrahydrocannabinol (THC) reading. This is because the instrument can only accurately analyze sample types for which it has been calibrated, and if you use it to analyze samples for which it is not calibrated you will get nonsensical results. The matrix sensitivity of Beer’s Law is also why when you use a spectroscopy-based cannabis analyzer there are specific sample type choices such as cannabis, hemp, medium-chain triglyceride (MCT) oil tinctures, and so forth. It is up to the user to make sure the sample type chosen in the software matches the sample type actually being analyzed so that the correct calibrations are applied, and accurate results are obtained. Again, if the sample type chosen in the software does not match the sample type analyzed, inaccurate results will be obtained.

So, there you are, the rest of the story on the absorptivity. I bet you never guessed so there was so much science behind such a simple proportionality constant.

We reviewed Beer’s Law and how it is used to determine concentrations of molecules in unknown samples. We then reviewed what we knew about the absorptivity, including that it has units of length2/area. Using the example of me trying to throw a baseball at a barn, we showed that the idea of the absorptivity describing the probability of totally inelastic photon-molecule collisions makes sense. Then, using the concepts of the electric vector of light, molecular electronic structure, and intermolecular interactions we found that the absorptivity is affected by the variables of pressure, temperature, concentration, composition, and pH. This means that the absorptivity is matrix sensitive, which means we can only use spectroscopy to quantitate sample types for which we have a calibration.

He is the inventor of the BSS series of patented mid-infrared based cannabis analyzers.

Dr. Smith has done pioneering research and published numerous peer-reviewed papers on the application of mid-infrared spectroscopy to cannabis analysis, and sits on the editorial board of Cannabis Science and Technology®. He has worked as a laboratory director for a cannabis extractor, as an analytical chemist for Waters Associates and PerkinElmer, and as an analytical instrument salesperson. He has more than 30 years of experience in chemical analysis and has written three books on the subject. Dr. Smith earned his PhD on physical chemistry from Dartmouth College. Direct correspondence to: brian@bigsurscientific.com 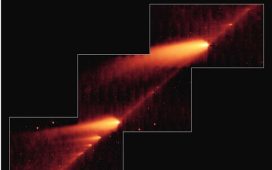